With the longest data series on Atlantic Salmon migration in the world at risk, a father and son take their social bubble streamside. 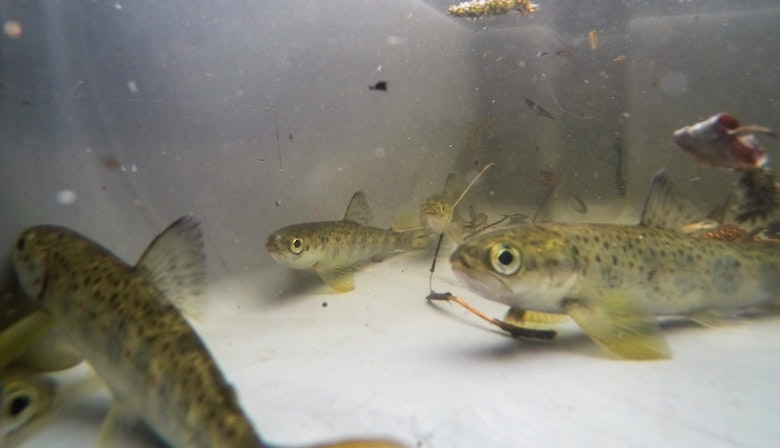 Atlantic salmon smolt captured from the Northwest Miramichi are held prior to tagging. Photo Jonathan Carr/ASF
ASF and the Miramichi Salmon Association have been tagging juvenile Atlantic salmon in the Miramichi watershed since 2003, providing a rare, long-term data set on movement and survival. As coronavirus spread and activities were halted by public health officials, there was genuine concern that no smolt would be tagged on any of ASF's study rivers in 2020.

Thankfully, in New Brunswick, a combination of good luck and good management has led to very few cases, no deaths, and a progressive easing of restrictions.

Evan Carr sent back these notes from the field:

Over the past week, we completed the deployment of acoustic receiver arrays throughout the Miramichi River system - from above the head of tide to the outer reaches of the bay. 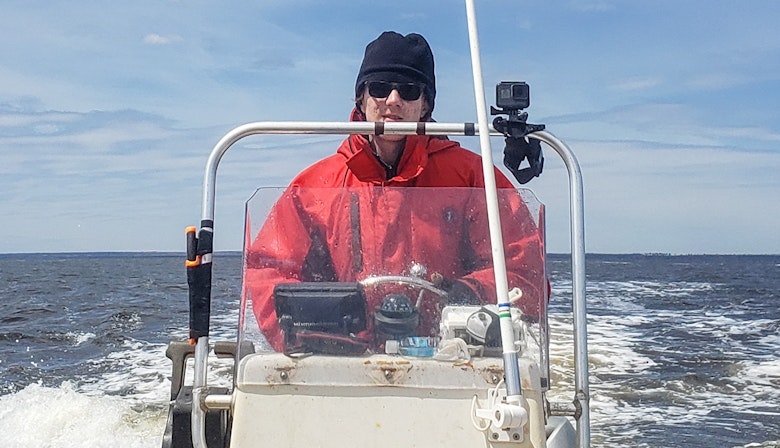 Evan Carr motoring across Miramichi Bay to help deploy receivers that detect and log acoustically tagged smolt on May 15. 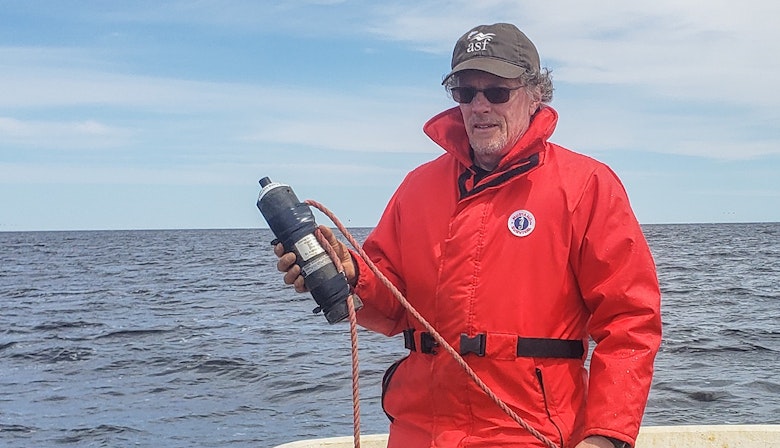 ASF Vice President of Research and Environment Jonathan Carr savours time in the field away from his busy role at ASF headquarters.
On May 14, acoustic tagging of smolts began on the Northwest Miramichi River at Wayerton Bridge, where the Miramichi Salmon Association installed a smolt wheel for the first time. The new research site has performed well. We finished tagging 80 smolts at this site on May 19. Water temperatures at the beginning of tagging hovered around 6 C and peaked at 10 C on Tuesday, the same day we finished tagging. 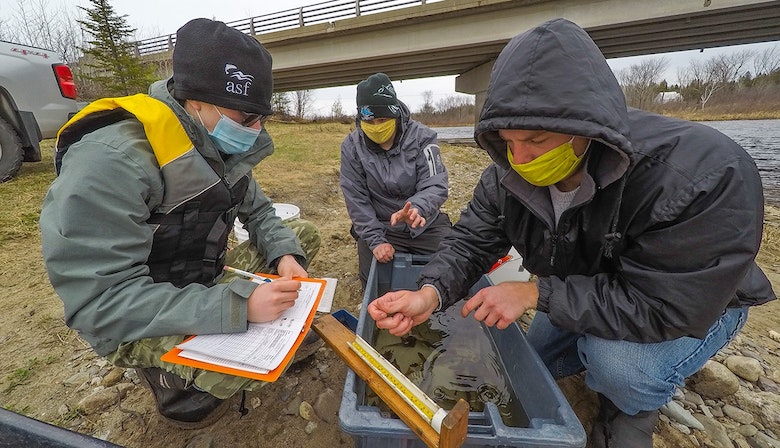 Evan Carr, left, joins Miramichi Salmon Association biologist Kelsey McGee and her social bubble partner at Wayerton Bridge, a new smolt collection site in a long-running collaborative project.
Since May 19, the weather has warmed and the water has cooled thanks to melting snow in the headwaters. These low water temperatures have delayed the smolt run in the Southwest Miramichi, where we plan to acoustically tag another 80 smolts at the International Paper smolt wheel near Rocky Brook.

Tagging at that location is anticipated to occur over the coming weekend and into next week. In the meantime, we are assisting the MSA with smolt enumeration at the Little Southwest Miramichi and Northwest Miramichi smolt wheels. This effort will help provide an estimate of the number of smolt leaving the river system. 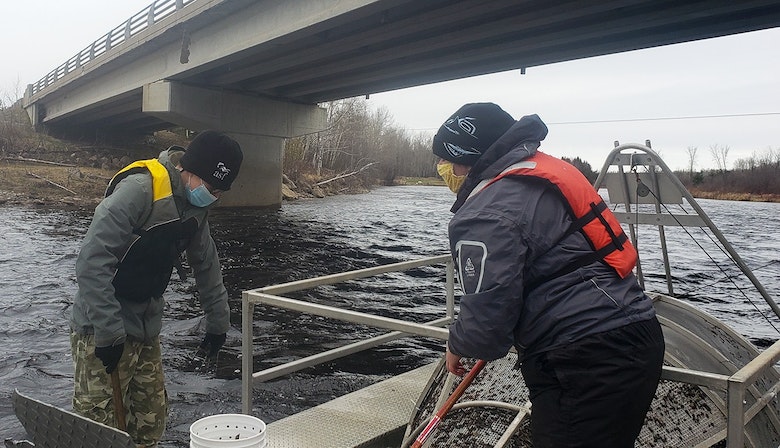 Evan Carr and Kelsey McGee work to collect smolts at the Wayerton smolt wheel on the Northwest Miramichi this past week. 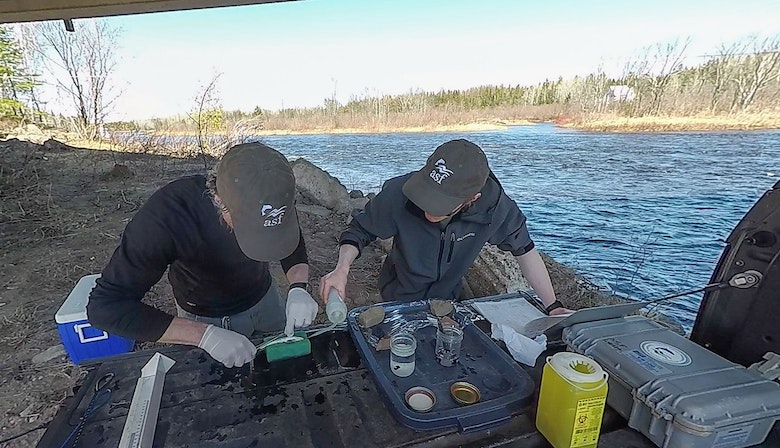 Jon and Evan Carr surgically implant sonic transmitters into smolts. This allows them to be traced down the river, and across the Gulf of St. Lawrence.