Jun 23, 2022
Version française ici
The annual meetings of the North Atlantic Salmon Conservation Organization (NASCO) this month produced an exciting agreement for wild Atlantic salmon. Member countries agreed to a total allowable catch (TAC) of 27 metric tonnes at West Greenland, a measure that will extend until 2025.

The commercial fishery at West Greenland intercepts salmon from rivers throughout Europe and North America, including many that have relatively healthy stocks and others that are critically endangered. Past agreements to reduce the take in Greenland have produced demonstrable increases in wild salmon returns. Despite these agreements, overharvesting has been a persistent issue for the fishery. 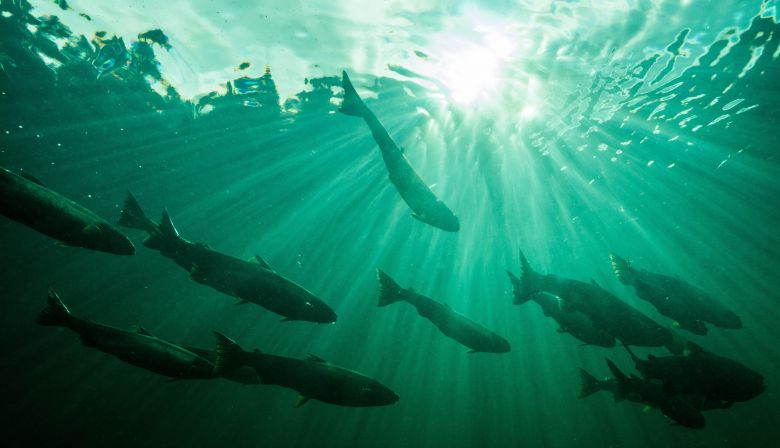 Wild Atlantic salmon in a Gaspé river. Credit: Nick Hawkins
NASCO is an intergovernmental treaty organization founded to conserve and manage stocks of wild Atlantic salmon. Member countries include Canada, Denmark (representing the Faroe Islands and Greenland), the European Union, Norway, the Russian Federation, the United Kingdom, and the United States. The organization also includes over 40 non-governmental ‘observers,’ including ASF.

Ahead of this year’s meeting, ASF lobbied the Canada and U.S. NASCO delegates, asking that they be firm on reducing overharvest of the TAC in West Greenland. Both the Canadian and American delegations came through, taking their strongest stances yet at the bargaining table.

The resulting agreement limits the allowable catch to 27 tonnes, and includes several provisions to prevent overharvest and improve the regulation of the fishery. For example, to compensate for late reporting, the fishery will be closed when 49% of the TAC has been registered. By contrast, in 2019 fishery was closed when 90% of the quota was registered, and in 2020 at 70%. In both years the final harvest was well in excess of the quota. The Danish government (representing Greenland) has agreed to collect and register daily catch data. Greenland fishers must have a licence to fish for salmon, and they must allow scientific sampling of their catch when requested. Furthermore, fishers who do fail to report their harvest (even zero catch) will not be issued a licence the following year. (Click here to read the full agreement.)

In a press release from NASCO, President Arnaud Peyronnet expressed optimism about the agreement, calling it “a real step forward in the management of the West Greenland fishery.” ASF President Bill Taylor echoed that sentiment: “This is a promising outcome from NASCO and good news for wild Atlantic salmon in North America. This agreement is the result of strong advocacy from ASF and its NGO partners and admirable international cooperation at the negotiating table, led by the heads of the Canada and U.S. delegations.” 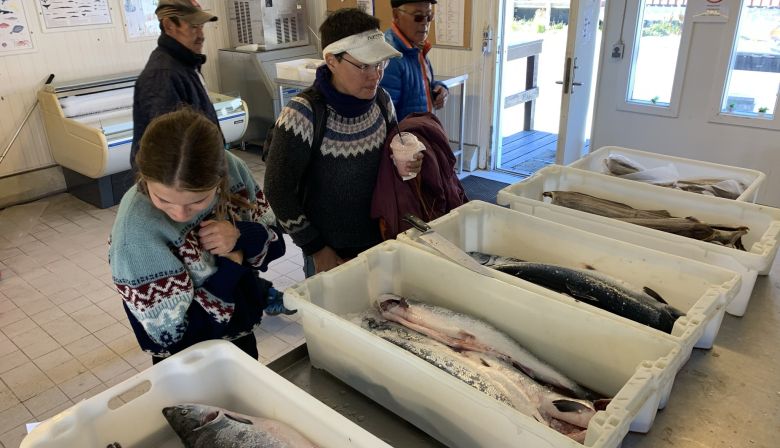 Wild-caught Atlantic salmon in a market in Greenland. The ASF-NASF-KNAPK agreement allows room for a modest subsistence fishery.
Furthermore, Taylor said the NASCO decision bodes well for the Greenland Salmon Conservation Agreement, a separate pact between ASF, the North Atlantic Salmon Fund (NASF) and the Greenland Hunters and Fishers Association (KNAPK). Signed in 2018 for a duration of 12 years, this agreement sets a quota of 20 metric tonnes in Greenland. In 2021 the partners agreed to pause the agreement for one year when both KNAPK and the Greenland government experienced changes in leadership. 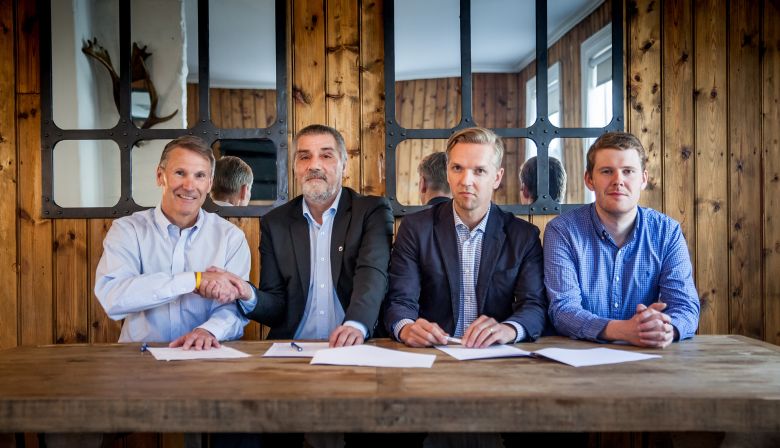 Bill Taylor, left, signing the historic 2018 Greenland Agreement.
ASF and NASF are in a good position to get this agreement back in place for 2022. The conservation organizations have a long partnership with KNAPK, and the current agreement provides financial support for professional salmon fishers in Greenland, improvements to real time monitoring and reporting, and public awareness. The 27-tonne TAC set by NASCO is a strong incentive for KNAPK to further limit the catch to 20 tonnes.

Agreements between stakeholders have led to significant harvest reductions of wild Atlantic salmon, saving many large spawners to return to North American and European rivers. Regulation and oversight of the West Greenland fishery continue to improve, and ASF’s strong advocacy is playing an important part.