Apr 22, 2022
In the field: an ASF blog
Last week Maine’s Department of Marine Resources (DMR) denied an application by American Aquafarms to build a 30-pen, 120-acre salmon production facility in Frenchman Bay. John Burrows, ASF’s Executive Director of U.S. Operations, answers some questions about the project and why it was terminated. 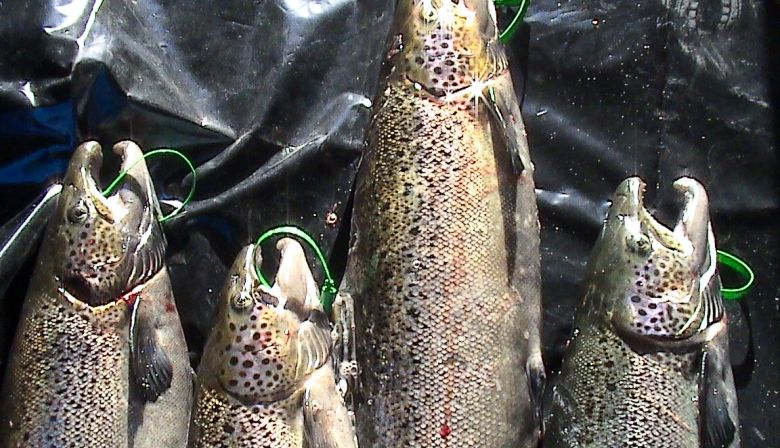 Aquaculture escapees from a cage failure in the Gulf of Maine.
Q: Can you tell us a little bit about the American Aquafarms project, and what made it different?

The Frenchman Bay proposal came about a couple years ago. American Aquafarms is owned by a group of Norwegian investors. They proposed two massive farms in Frenchman Bay. It was going to be 30 massive pens of semi-closed containment, basically a traditional open-net pen enclosed by an impermeable bag which water is pumped into and out of.

The aim was to get up to 66 million pounds of salmon a year. It was an amount that was more than is produced in New Brunswick and Nova Scotia combined.

The company was claiming to eliminate or reduce the negative effects of open net-pen aquaculture: no sea lice, no escapes, and they’d collect almost all of the waste from the effluent.

Q: Why was it so concerning?

ASF wasn't convinced by the company's claims or the information they shared. They didn’t have a history of using this technology at any kind of commercial scale. It’s essentially untested technology. We determined that if what they’re proposing actually met their claims, it would be a massive change in the industry. But it was way too early to buy into what they were selling us.

It would take a lot of monitoring and assessment to truly document whether or not all of the claims of the company were being realized, and the uncertainty and risk from such a large facility was just too great. From a wild salmon perspective, they were not going to eliminate the risk of sea lice, disease, or escapes. Those escaped salmon would show up in our endangered Atlantic salmon rivers.

As well, the company wasn’t taking into account the impacts on commercial fishing in Frenchman Bay. It’s also right next to Acadia National Park. Those issues were ultimately going to make approval of the project very difficult. They probably could not have picked a worse place in Maine in terms of generating massive opposition. 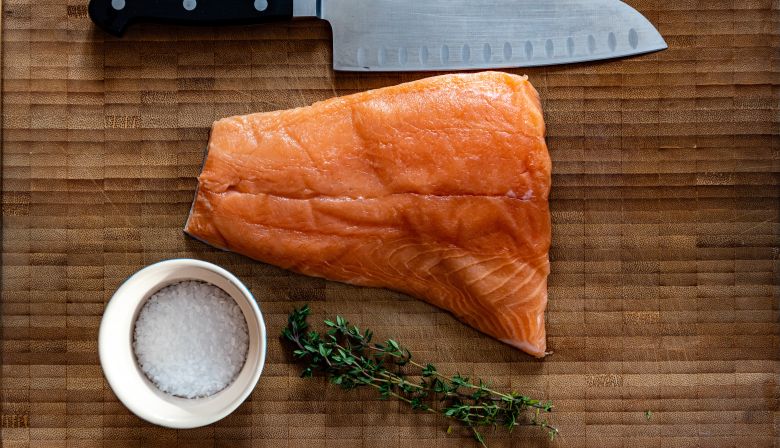 Depending on how it's produced, salmon can have varying impacts on coastal ecosystems and wild salmon populations. Tom Cheney/ASF
Q: How did opposition to the project coalesce and what role did ASF play?

It looked like this could be a replacement for open net-pen—if we could believe it. We wanted to take a pretty careful look at it, and it became clear that there was solid evidence to be opposed to the project for multiple reasons.

After taking a position last fall, ASF began to work with and support the work of the local people and organizations that were fighting the project and we were beginning to elevate opposition to the project at the state and national levels when DMR made their announcement.

There were a lot of folks locally who saw the threat. They did a phenomenal job of rallying lobster fishers, seaweed harvesters, etc. A small group of people volunteering their time, Frenchman Bay United, were instrumental in building opposition to the project. Outreach, PR—it was incredible seeing what those folks did. As a result, there was very little support for the project in the region.

Q: Why, ultimately, was the permit denied?

American Aquafarms would need to demonstrate no transgenic salmon and all North American genetics to prevent damage to wild stocks by escapees. They also needed to provide extensive information on pathogens for the broodstock providing the eggs for the project. They were given an immense amount of opportunity and time to demonstrate the egg source met the standards for importation under Maine law. And they didn’t. As a result, the Maine Department of Marine Resources denied their request to import the strain of eggs proposed, and terminated permitting for the project. I think this is more than a technicality. Maine DMR’s staff did an extensive review of the information provided and the company clearly failed to demonstrate that their eggs would meet genetic and disease standards. So, I think that the process worked well in this situation.

Q: Does this permit termination set a good precedent? What’s the future of open net-pen aquaculture in Maine?

It’ll be interesting. American Aquafarms could come back and re-propose this, but they would have to go back and start the permitting process from the beginning. Even if they had a sources of eggs that could be approved, the project would then still need to be assessed for its impact on existing fisheries and the environment in Frenchman Bay, both by the state and by federal regulators. It would be very questionable if they could ever get the project permitted given the big hurdles they were facing and the extensive opposition.

With respect to the existing open-net pen salmon farms in Maine, I think that the experience with the American Aquafarms proposal has gotten a lot of people to start to think about the many negative impacts of raising salmon in open-net pens in our bays. We have some good regulations in Maine, but I sense that there may be efforts coming to reform salmon aquaculture regulation here. There’s a lot of opposition around the globe to open-net pen salmon aquaculture, and some successful efforts to eliminate the practice altogether, and American Aquafarms may have inadvertently sparked a reform effort in Maine.