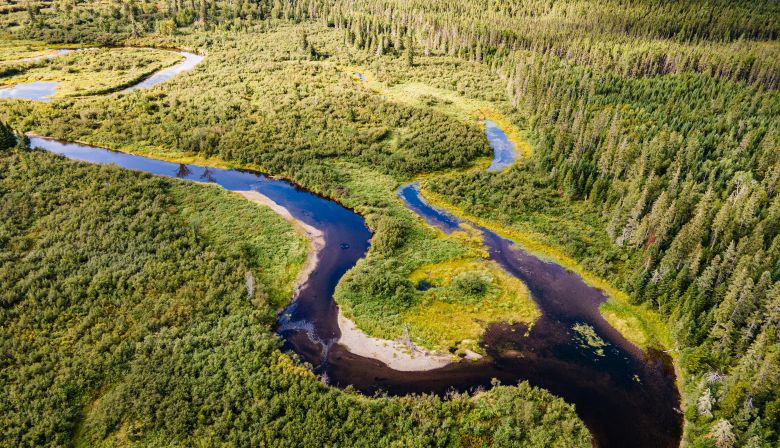 Wild Atlantic salmon depend on healthy forests to regulate streamflow and keep water cool. Photo: Tom Cheney
In New Brunswick, conservationists are feeling hopeful for the province’s forests, rivers, and wildlife. Through the new Nature Legacy initiative, the N.B. government is coming through on its promise to protect 10% of the province’s land, up from a current 4.6%. That means a 550,000 hectare increase in protected areas.

78,534 hectares of the new allocation have already been assigned to the landscape, and the public comment period has wrapped up. New Brunswickers are currently being invited to offer feedback on a further 77,436 hectares of proposed protected land. And another 388,651 hectares will be added in future rounds, as the Department of Natural Resources and Energy Development continues to delineate new protected areas. It’s the most significant set-aside since New Brunswick created its protected areas program twenty years ago.

Lois Corbett, Executive Director of the Conservation Council of New Brunswick (CCNB), has been closely involved in the process. CCNB offered direct help to New Brunswickers who wanted to nominate specific areas for protection. The level of participation, Corbett says, was heartening. “If this exercise in protecting nature teaches us one thing, it’s that New Brunswickers care,” she says.

Corbett says the recent increase is definitely good news, but notes that New Brunswick is still “catching up to be last.” The federal government has committed to protecting 30% of the country’s land, and at 10% New Brunswick will still be far behind its Maritime neighbours.

If the process has shown that New Brunswickers care, it’s also demonstrated that they’re concerned. A recent poll revealed strong concerns over how the province’s forests are managed. “It’s not just that they love their nature; it’s that they’re concerned about the state of it right now,” says Corbett. 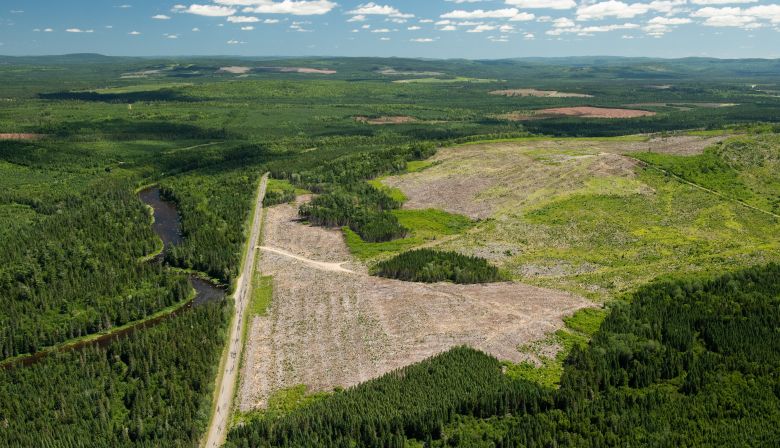 It’s particularly welcomed news for wild Atlantic salmon and brook trout, says Wilbur. Staff at the Department of Natural Resources and Energy Development consulted with stakeholder groups, like ASF, to nominate areas that would have significant ecological benefit. ASF presented on the need to protect important cold-water features and headwaters, to help regulate flows and water temperature—hedges against the impacts of climate change. 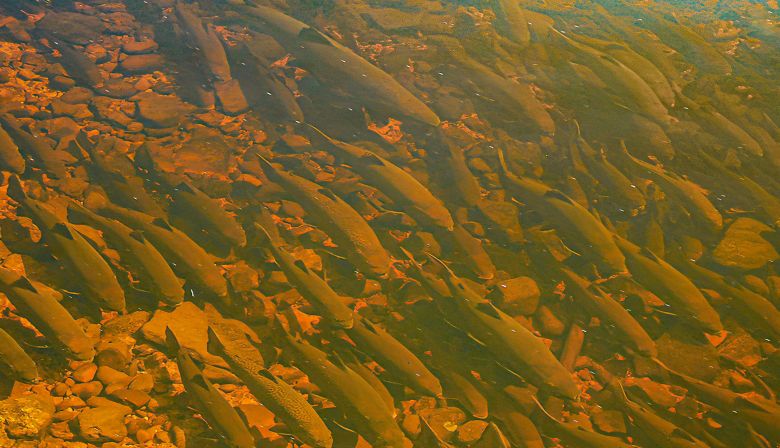 Atlantic salmon and brook trout hold in a cold-water pool in the Miramichi river system. Photo: Nathan Wilbur
The new map of Candidate Conserved Areas shows that the government listened. “We’re celebrating that these priorities are reflected in the candidate areas map,” Wilbur says.

For example, in the Restigouche River valley, the map shows progress towards establishing a provincial waterway park. Meanwhile, on the Miramichi several important cold-water tributaries are slated for protection. There, sections of the Lower North Branch of the Little Southwest as well as the North Branch of the Renous will have significant buffer zones. And there are many other new protections throughout the 13,000 square kilometre watershed.

It’s true that New Brunswick has some catching up to do. But progress has to start somewhere. These high-value protections, Wilbur says, are a promising first step.


Nominations and public input on candidate protected areas will occur in several rounds. To see a map of the areas currently open for comment—and to offer your own input—click here.