Apr 26, 2022
In the field: an ASF blog
Conservationists are celebrating a major milestone this year, as the New Brunswick Wildlife Trust Fund (NBWTF) marks its 25-year anniversary. In 1997 the Department of Natural Resources and Energy—then led by Minister Alan Graham, who would later serve on ASF's board and as chair of ASF Canada—announced the creation of the fund. 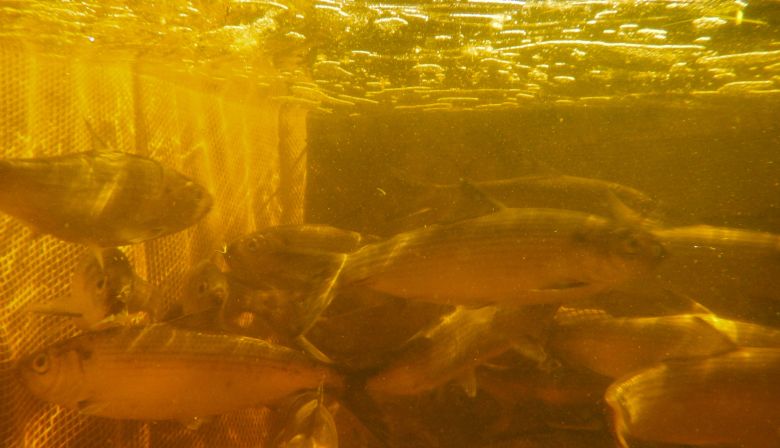 Alewife, or river herring, tagged as part of a research project funded by the NBWTF.
“First and foremost, I would like to congratulate the New Brunswick Wildlife Trust Fund on this milestone anniversary,” said the Honourable Mike Holland, New Brunswick's Minister of Natural Resources and Energy Development, in a press release from the NBWTF. “For twenty-five years, NBWTF has provided valuable funding to a range of programs for the enhancement of New Brunswick's wildlife, fish, and their habitat. Thank you to the staff and volunteers for all the work you have done to further wildlife conservation in the province.”

The fund has been led by a council of dedicated volunteers, with nearly 150 individuals serving over the years. Since the fund’s inception, a total of 314 organizations have received funding for 2,453 wildlife conservation projects. In the last 25 years, the fund has provided nearly $25 million to conservation, restoration, and science/monitoring work. 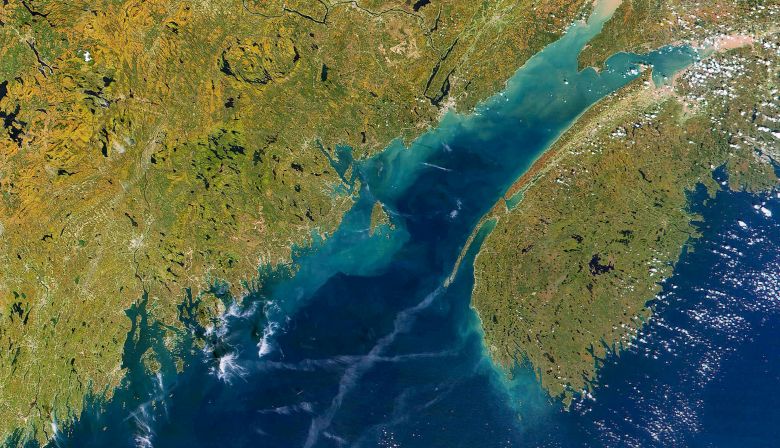 The NBWTF provided funds for salmon tracking research in the Bay of Fundy and Gulf of Maine.
Wild Atlantic salmon—and ASF—have been direct beneficiaries. The NBWTF has granted over $400,000 to salmon-related projects, including $33,000 for tracking work in the outer Bay of Fundy and $15,000 for similar research on the Miramichi. The fund also provided $19,000 for the St. Croix Alewife Project that improved migratory fish passage and enhanced freshwater habitat. 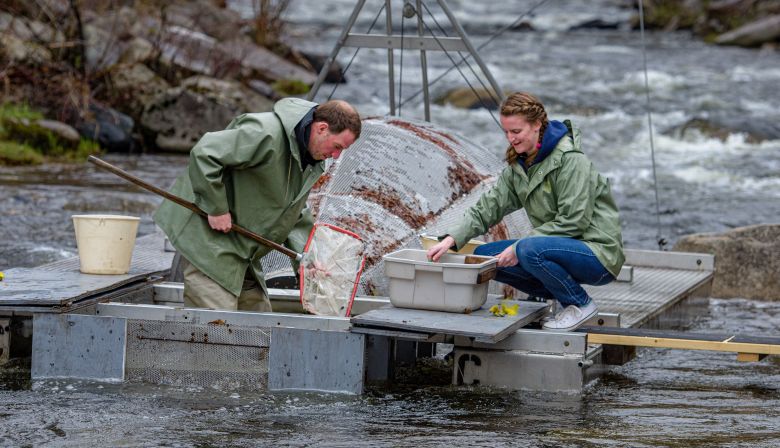 ASF staff members Graham Chafe and Frances McCurdy work on a smolt wheel on the Miramichi River. The NBWTF has provided significant funding for crucial smolt tracking research over the years.
To learn more about the New Brunswick Wildlife Trust Fund, visit nbwtf.ca

You can also read these articles, co-authored by ASF scientists, that were funded by the NBWTF: