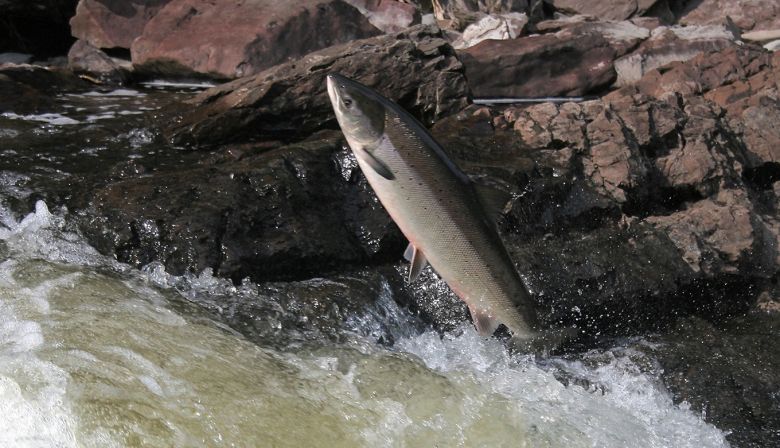 The Causapscal is known for its large salmon, this one at Causapscal Falls. Photo James Balogh
Français

The Causapscal River rises from the Chic Choc Mountains and runs 61-kilometres to les Fourches, or ‘the forks’, where it meets the Matapedia on Quebec’s Gaspe Peninsula. The ‘Causap’ as it is known is rugged, steep, and today provides excellent early Atlantic salmon angling.

While current returns to the river average between 500 and 800 large wild salmon, the Causapscal has a century long history of population crashes and recovery and fights about fishing rights that led to at least one murder. 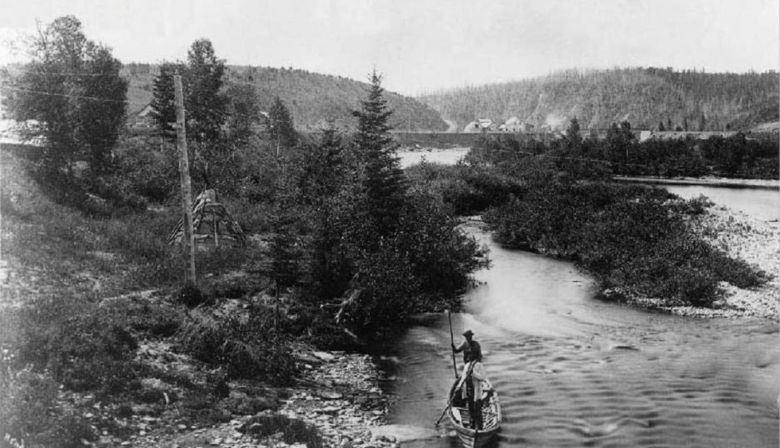 The Forks - meeting of the Causapscal and Matapedia rivers, circa 1897. Site patrimonial de pêche Matamajaw
The river is the traditional territory of the Mi’kmaq and the name Causapscal is a derivation of the word goesôpsiag, which means ‘stony bottom’. Angling first came to the ‘Causap’ in 1873, as the Canadian Pacific Railway was being punched through the Matapedia River Valley.

George Stephen, president of the Canadian Pacific at the time, liked what he saw and for a few thousand dollars a year, bought up fishing leases along the Causapscal and Matapedia Rivers. At the forks pool, in the middle of the modern town of Causapscal, Stephen build a grand lodge and outbuildings which eventually became the Matamajaw Salmon Club. The structure still stands today, serving as a museum dedicated to the history of the area. 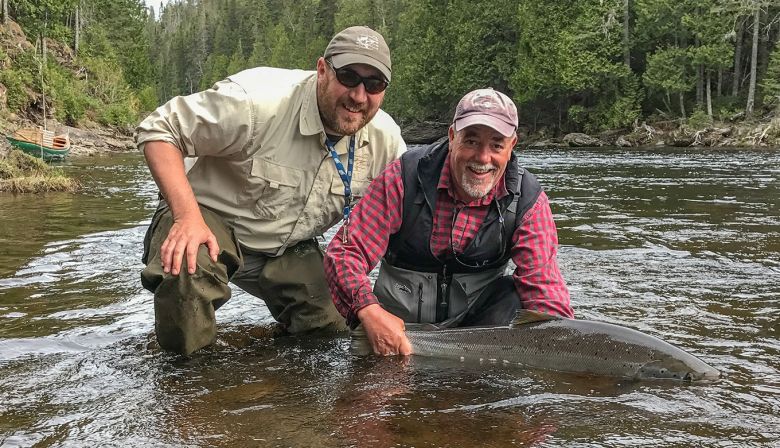 Times change, and Atlantic salmon angling is now all about live release. Jim Lawley releases a large msw salmon on the Causapscal. Charles Cusson/ASF
However, the beautiful barely masked simmering tensions between visiting anglers and locals in the Matapedia Valley. Poachers plied the waters relentlessly and the legitimacy of the leases was tested in a lawsuit that reached the Supreme Court of Canada in 1919. The judges ruled in the angler’s favour and bolstered by a legal victory, the leaseholder began hiring people to act as wardens and watch the pools.

One young man from the nearby community of Saint-Alexis de Matapédia, Wilfrid Blaquière, walked into his new role with gusto, determined to catch people in the act. Unfortunately, his determination contributed to his demise.

On July 28th, 1923, Blaquière was murdered on the job, sending shockwaves throughout the Matapedia Valley.

Newspaper articles from the Montreal Gazette regarding the murder details.

Citizens were increasingly pulled into two camps; those who supported the leaseholders and the benefits they brought to the area, and people who felt the river should be wide-open to the public.

At the time, protests literally landed on the doorstep of the local Catholic Church in Causapscal. On Saturday nights, poachers would set their nets, clean their catch, and leave the heads of salmon on the steps of the church to greet the faithful the next morning. Local accounts recall the priest excoriating the poachers from the pulpit, calling them “believers that a salmon was worth more than obedience.” 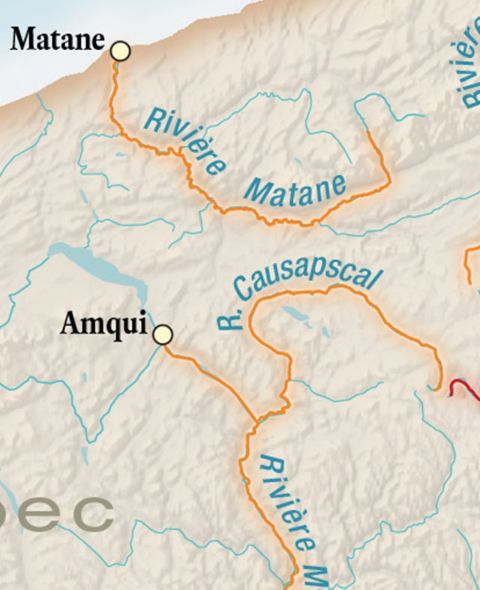 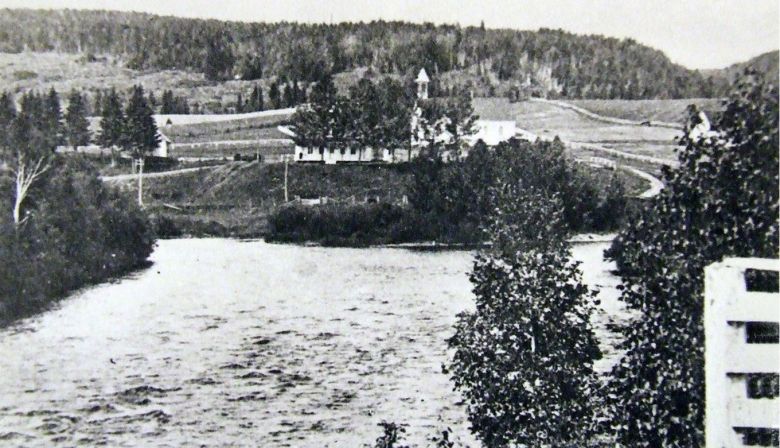 The Forks in 1897. Site patrimonial de pêche Matamajaw
Meanwhile, the men of the Chaleur Bay Mills Company moved into the valley, spending winters cutting the steep hillsides and pulling the logs down to the river for the spring drive. This heavy cutting took its toll, contributing to a 50-year decline in salmon catches and the eventual closure of the Matamajaw Salmon Club.

When the stock markets in New York crashed in 1929, people from away stopped coming to the Causapscal. In 1934 there were only two members of the Matamajaw Salmon Club. Then, in 1941, the International Paper Company, led by President R.J. Cullen, took over the leases of the Matamajaw Salmon Club and did their best to protect the resource, provide benefits to the local population, and rejuvenate membership. 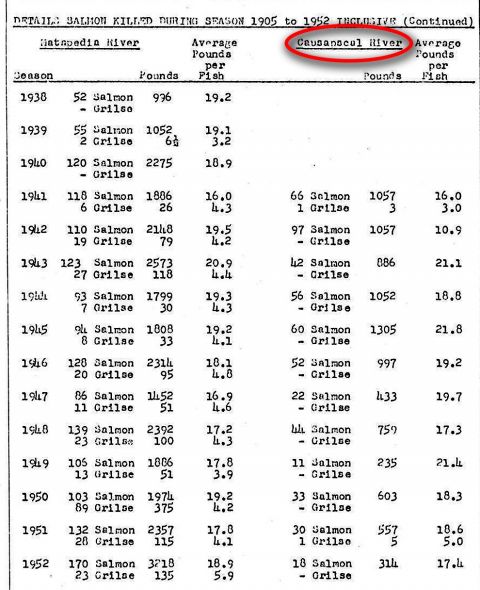 Causapscal salmon harvest is in right column, 1941 to 1952.
In the heady days after World War II, the Matamajaw Salmon Club employed 14 guardians with 16 outposts on the Causapscal alone. More and more people from the local communities were hired as guides, cooks, and to maintain the facilities. At its peak, 96 people were employed by the club, with International Paper proclaiming that, "No company has such a unique set up as this combination of trout and salmon fishing. A little lot of Heaven on Earth."

But by mid-century, the winds of change were picking up. The Quebec Liberal party won the 1960 provincial election, running on the slogan “It’s time for a change.” The Quiet Revolution as it came to be known was underway. The Francophone population of Quebec sought to carve out a distinct place in the Canadian federation and take control of resources and opportunities, including wild Atlantic salmon.

In the spring of 1971, the provincial government acquired the rights held by International Paper and most of the leases that were in the name of the Matamajaw Salmon Club. It was a victory for some, but the river at this point was reaching new lows. The year before the takeover, in 1970, the club reported just 35 fish landed. 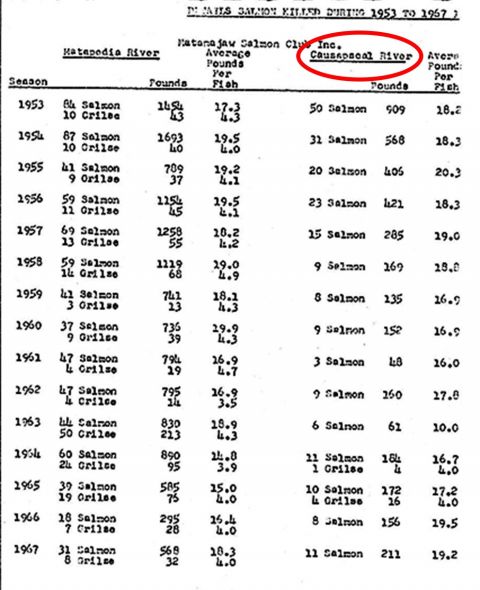 Causapscal harvest of salmon in right column, 1953 to 1967.
Under the control of Quebec’s Ministry of Hunting, Fishing, and Leisure, the Causapscal didn’t fare much better. With fewer anglers on the water the pressure from poachers increased. By the mid-1980s there were less than 100 salmon returning to the entire river.

Angling was closed entirely, and it looked like Causapscal salmon might be lost completely, until a combination of good management, and no doubt some fortunate conditions from Mother Nature, began to turn the tide.

A decision was made to wrest control of the river from bureaucrats in Quebec City and empower people on the ground in a co-management model. This system eventually spread to all salmon rivers in Quebec and is the envy of anglers and managers in other jurisdictions to this day. 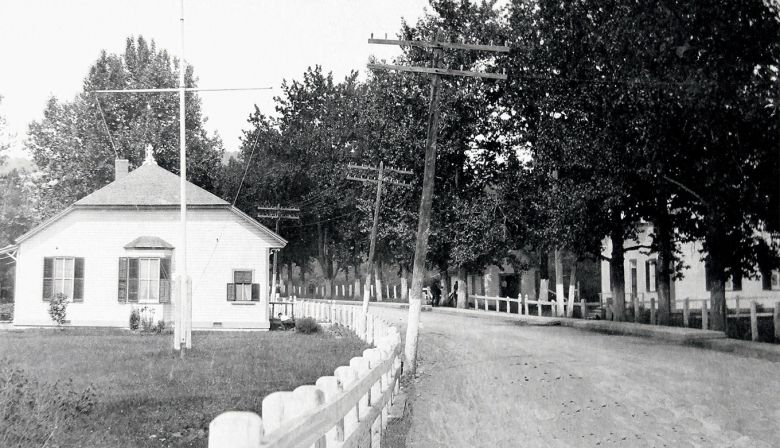 To deny the poachers, a protection barrier was erected at the Marais Pool on the Causapscal, holding salmon in place until spawning time when the fence was lifted for fish to move upstream. Word began to spread about the value of salmon, their perilous state, and poachers started to switch to the light side, some becoming skilled guides.

In 1993 the Quebec government officially delegated authority to manage the Causapscal, Matapedia, and Patapedia rivers to CGRMP and the local stakeholder group made their mission clear: “ensure the management and the conservation of the salmon resource on the Matapedia and Patapedia rivers, their tributaries and all the other territories in a spirit of conservation and development while maximising the economic benefits on a regional basis.” 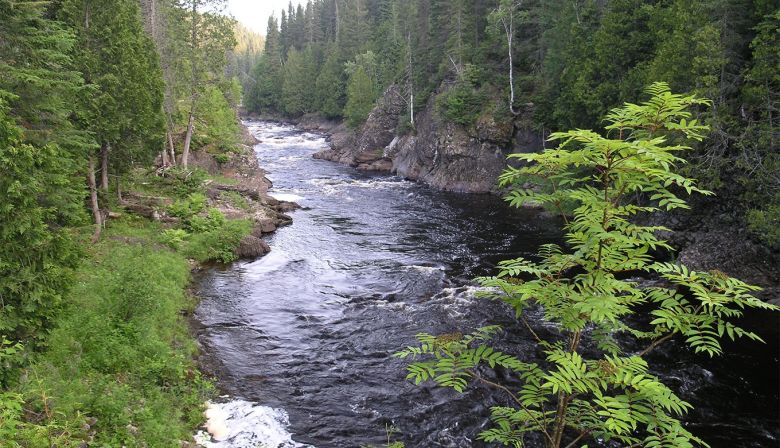 Denise Pool on the Causapscal River. Charles Cusson/ASF
Led by a group of dedicated people like the late Victor Tremblay, the CGRMP launched a study to determine what would be the best way to bring the Causapscal back to its former glory.

On a limited budget, it was decided that protecting wild fish, not stocking was the way forward. From a few dozen returning adults to hundreds of big salmon today, the Causapscal River alone generates hundreds of thousands of dollars in spending for the local economy every year according to a 2012 study.

Nevertheless, the Causapscal is a salmon success story, brought back from the brink of extirpation. It’s proof that involving local people in management decisions and allowing benefits to be returned to communities can have a positive effect on what’s happening under the surface.

Charles Cusson is the Atlantic Salmon Federation’s Regional Program Director for Quebec. He can be reached at ccusson@asf.ca