In Quebec, angling is growing & salmon runs are holding steady

Apr 4, 2020
Quebec’s Ministère des Forêts, de la Faune et des Parcs has released its report on 2019 Atlantic salmon returns and angling in the province. ASF staff have poured over the numbers and peered between the lines to bring you the highlights.

Anglers on the rise 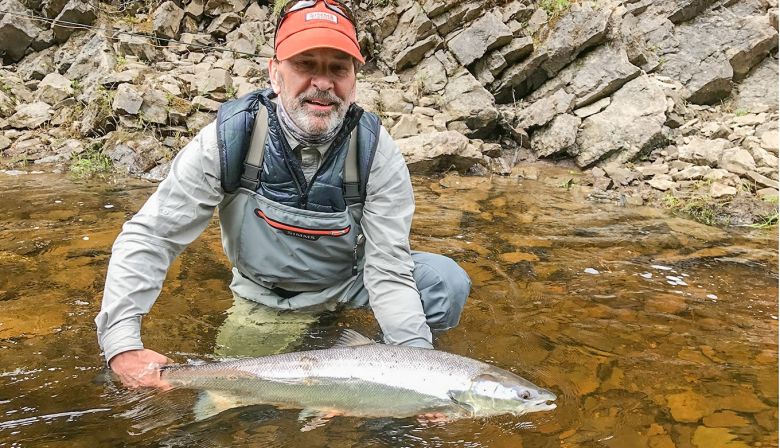 Hooké has had an impressive impact on increasing interest in Atlantic salmon angling in Québec.
In Quebec, Atlantic salmon angling is a growing sport. Since 2007, the Federation québécoise pour le saumon atlantique has converted more than a thousand interested people into anglers through their mentorship programs. Meanwhile, groups like Hooké with their high-quality upbeat films, trucker hats, and long casts have drawn popular attention to the pursuit of wild salmon.

Thanks to efforts like these, 2019 was one of the busiest years for salmon angling in Quebec since 1984. There were 69,086 rod-days sold, a six per cent increase over the current five-year average. This growth bucks the trend in provinces like New Brunswick and Nova Scotia where participation in salmon angling has been decreasing. 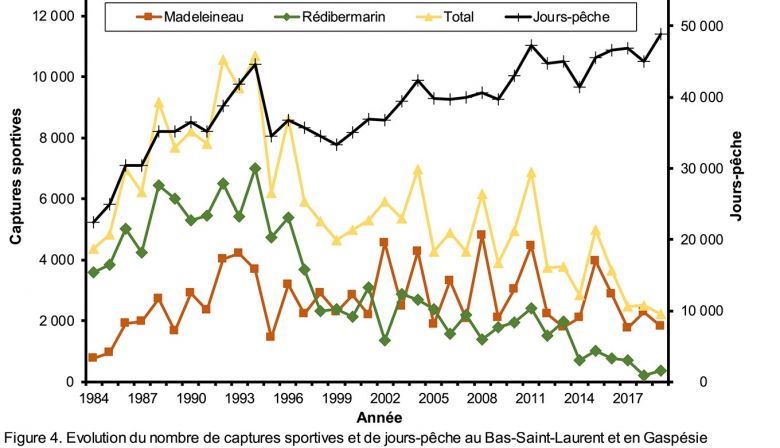 As shown in the documents, the number of rod days in 2019 was the highest of the entire data series.

Steady as she goes 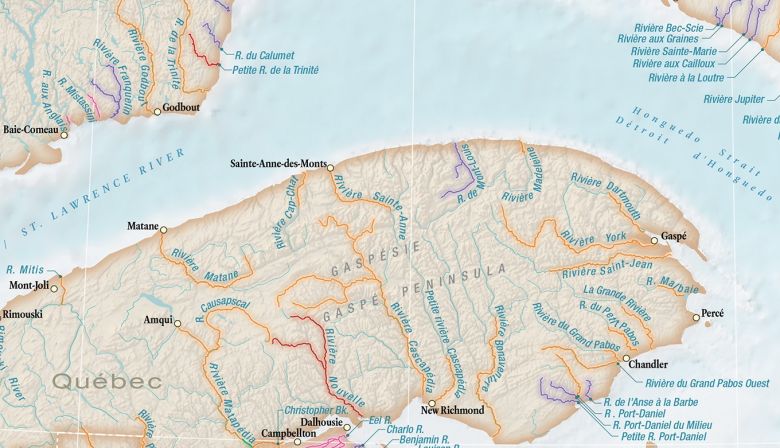 The rivers in Gaspé, as shown in a segment of ASF's map of North American Atlantic salmon rivers published in 2019.
In 2019, returns were counted on 37 of Quebec’s 112 salmon rivers. On those monitored rivers, 22,214 large salmon and 6,796 grilse were tallied. For large salmon, fish over 63-centimetres that spend two or more winters at sea, the count is unchanged from 2018 and on parr with the current five-year average.

For grilse, small salmon that spend a single winter at sea, 2019 returns were 30 per cent below 2018 numbers, but still within the range observed over the last two decades. This drop in grilse matches what has been happening in places like New Brunswick and the island of Newfoundland.

The wisdom of Quebec’s salmon plan 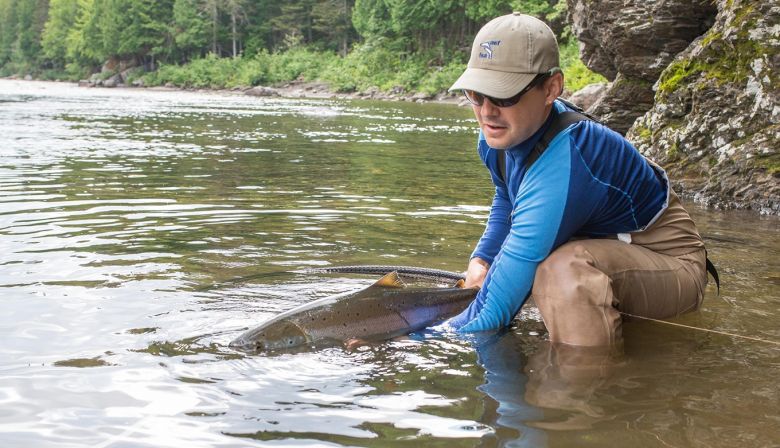 Salmon angling on the Ste-Anne River in Gaspé with Ben Carmichael. Photo courtesy of Ben Carmichael
In Quebec, anglers can catch and keep large salmon and grilse. It is the only province to allow the retention of large salmon, and along with Newfoundland and Labrador is one of just two provinces where people can keep grilse.

Last year, anglers in Quebec harvested 1,184 large salmon and just over 3,000 grilse. By comparison 12,686 fish were counted as released, likely a minimum estimate as anglers are not required to report when they let a fish go.

The harvest of large salmon in Quebec is closely watched under the provinces 10-year salmon management plan introduced in 2016. On monitored rivers, minus a few exceptions, no big spawners can be taken by anglers until a mid-season review is conducted and scientists are confident that enough fish have already entered the river to meet optimal spawning targets.

Beginning in 2018, Quebec took further measures to limit the take of large salmon by reducing the number of tags issued with each license. In previous years anglers received seven tags good for grilse or large salmon. That number has been reduced to four, with only a single tag valid for fish over 63-centimetres. The result has been a significant reduction in the number of large salmon harvested by anglers - down 48 per cent since the current management plan came into force.

Too much of a good thing?

As the popularity of Atlantic salmon angling grows in Quebec, the increased effort has become concentrated on a portion of the province’s rivers. Of the 69,086 rod days in 2019, nearly 90 per cent were sold on just 37 rivers.

There are practical reasons for this, including accessibility, reputation, and personal preference, but it begs the question – can the province’s progressive management system accommodate increased interest and still nurture some of the healthiest returns in North America? So far, so good, perhaps providing lessons for other jurisdictions looking to revitalize the sport of salmon angling.

For the full report on 2019 salmon fishing in Quebec (French only) visit:
https://mffp.gouv.qc.ca/wp-content/uploads/Bilan_exploitation_saumon_2019.pdf

To learn more about Quebec’s unique system for salmon angling, and find fishing opportunities, visit (French only at this time):
https://www.saumonquebec.com/