A guest blog by the authors of "Salmon Wars: The Dark Underbelly of Our Favourite Fish"

Salmon Wars: A Call to Action

By Douglas Frantz and Catherine Collins 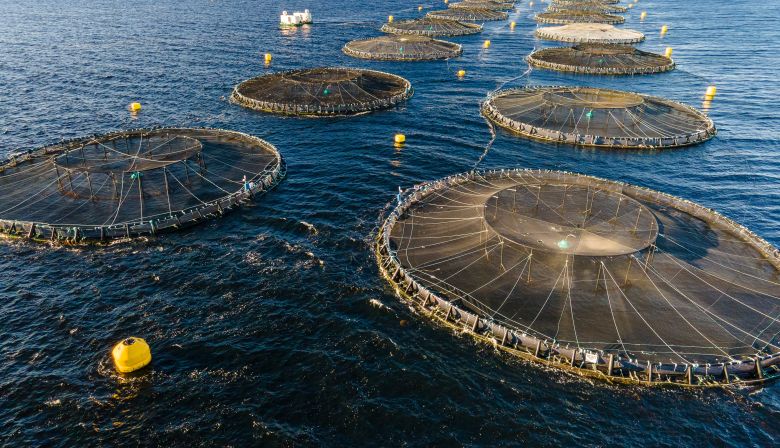 Open net-pen salmon cages on Nova Scotia's South Shore. Photo: Tom Cheney
On a Sunday afternoon in January 2020, we went to a public meeting in Mahone Bay, Nova Scotia, a few minutes from our home. A neighbour had mentioned that the Twin Bays Coalition was going to discuss proposals by two multinational companies to locate more than 20 open-net salmon farms along the Nova Scotia coast.

Mahone Bay has a year-round population of around 1,000 people. But on that wintry afternoon, hundreds gathered to hear deep concerns from lobster fishers, environmentalists, and ordinary folks about the potential impact of these floating feedlots on the coastal waters and marine livelihoods.

Their fears struck a chord. Three decades earlier, we had seen the impact of a single salmon farm in the bay near Catherine’s parents’ home on the South Shore. Her father, Paul, was an avid salmon fisherman and, like the Atlantic Salmon Federation, he hoped such farms would ease pressure on the declining population of wild salmon. But it didn’t take long for Paul and the ASF to change their minds. That small farm created a dead zone, driving away lobsters and other marine life.

After the Mahone Bay meeting, we decided to do additional research. We started by scrubbing the Internet – looking for academic papers, government reports, and news articles. As long-time reporters, it didn’t take long to realize that we were looking at a dramatic story, loaded with good guys and bad actors. It could be an environmental wake-up call, a health warning for consumers and an examination of a failing business model.

We didn’t want to write a dry book about studies and scientific debates. We needed real people and their stories to show readers what happens in and around the farms. We made two trips to Newfoundland, where the big salmon farmers were fighting a losing battle against climate and sea lice. There, Mel Jackman took us on a boat trip around Hermitage Bay to show us the tons of debris from the farms that was fouling the beaches and coves. Joachim Drew described scuba diving in fetid salmon cages to repair nets and to kill whales and other predators that had gotten inside. We spent a day on the Miramichi with Jason Curtis, learning about efforts to restore the river and its salmon to the riches of an earlier era.

The global pandemic restricted our travel. So, we doubled down on Internet research and augmented our findings with requests to the Canadian and U.S. governments for raw data, court records, and previously undisclosed details of government investigations into the industry. We learned to navigate the world of Zoom calls, reaching experts around the globe. The biggest industry players, on the other hand, refused to answer questions or allow interviews. 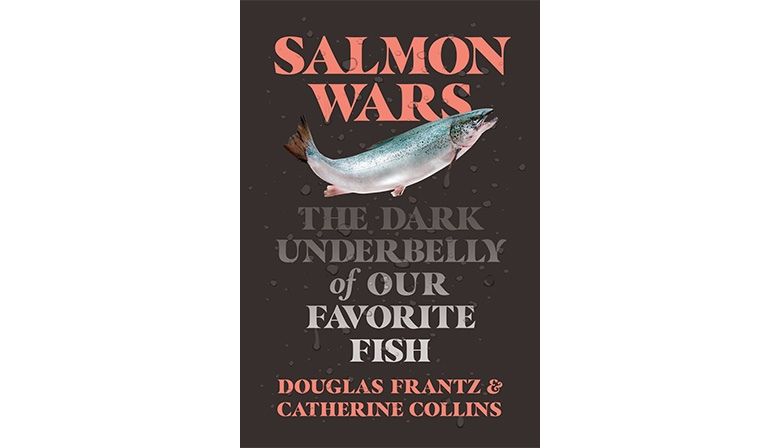 There is a danger in trying to distill two years of investigation into a handful of numbers, especially when you are addressing a knowledgeable audience like the Atlantic Salmon Federation. But here are some of the numbers that surprised us the most:

32 inches: A single photograph of a yardstick stuck to the 32-inch mark in a toxic stew of excrement, chemical residue, and excess feed showed us the seabed below a salmon farm down the coast in Port Mouton.

65,000 people: Many studies examined the impact of the waste dumped into the ocean by open-net salmon farms. But one study stood out: a single farm with 200,000 salmon dumped fecal matter equivalent to a city of 65,000 people.

18 of 19 rivers: Millions of farmed salmon escape every year, competing with wild salmon for food and interbreeding to produce genetically weakened fish. After one escape in Newfoundland, a study by the Canadian government found genetic material from farmed fish in one of every four salmon examined in the wild and hybrid salmon were found in 18 of 19 Newfoundland rivers examined.

$47 billion: A 2021 study by Just Economics concluded that poor salmon farming practices have cost the world’s economy $47 billion since 2013 through pollution, the spread of disease and parasites, and fish mortalities.

These numbers add up to a call to action for consumer groups, advocacy groups, government regulators and policy makers that we broke into three elements.

First, educate consumers about the health and environmental costs of farmed salmon. Grocery stores, restaurants, and the salmon farming industry itself need to be transparent about how and where the salmon you eat was raised about the health risks from chemical and antibiotic residue.

Second, translate individual concern into coordinated action to reform the industry and insist on proper government regulation. Governments must stop favoring salmon farmers over protecting the public and the environment. As members of the Atlantic Salmon Federation, you’re leading the way on this front. Redouble your efforts.

Finally, implement policies that encourage new technologies like recirculating aquaculture systems, which raise salmon in land-based tanks, free of chemicals and without the threat to wild salmon. As Jane Goodall said, “What you do makes a difference, and you have to decide what kind of a difference you want to make.”

Catherine Collins is a former private investigator and journalist. She worked for the Chicago Tribune, the New York Times and the Los Angeles Times.

Douglas Frantz was a managing editor at the Los Angeles Times, and received a Pulitzer Prize for his work at the New York Times. He also served in several government roles, including as an assistant secretary of state to President Obama.

Salmon Wars is available for purchase on Amazon (Canada) or Amazon (U.S.).