UK group takes ‘Off the Table’ message to chefs 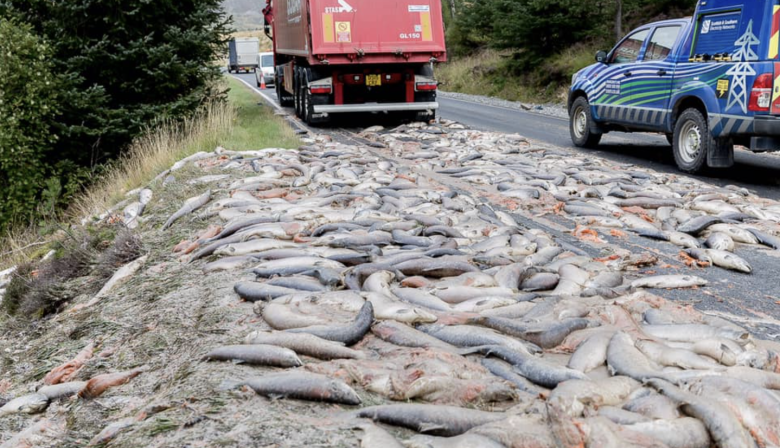 A truck carrying dead salmon from a Scottish aquaculture site spilled its load near the community of Laggan in September 2019. Photo Corin Smith
In the last three decades Atlantic salmon has gone from seasonal cuisine to global commodity. Along the way, producers have used marketing and mis-leading claims to mask the negative effects open net-pen salmon aquaculture has on wild fish and the environment, leaving consumers confused and uninformed.

Now a UK conservation group is asking chefs to stop serving salmon and help people make different choices. We recently spoke with Rachel Mulrenan, Deputy Director for Scotland at Wild Fish, about her organization’s Off the Table campaign. 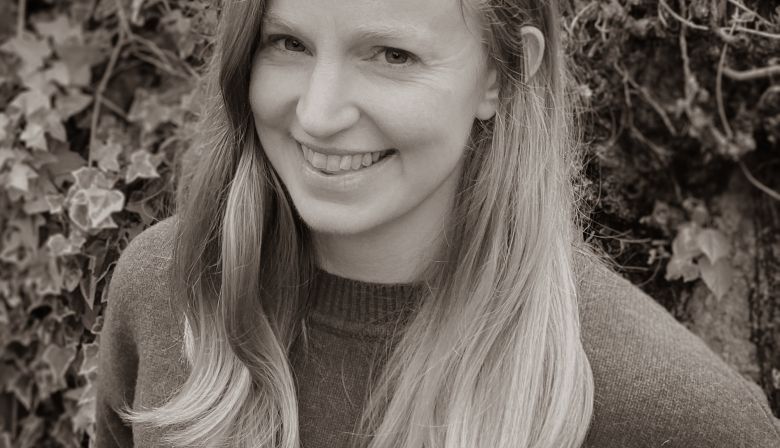 Rachel Mulrenan is leading the Off the Table campaign for Wild Fish, a UK based charity. Photo submitted
ASF: We know how open net-pen salmon aquaculture is affecting wild fish and the environment here in North America. How is the industry affecting Scottish waters and Scottish wild salmon in particular?

Rachel Mulrenan: I think what you see is similar across all the aquaculture salmon producing countries globally. In Scotland the industry started in the 1970s and has grown since then. We have high chemical use, huge mortalities on the sites – we have mortality rates of 25 per cent on average here which is obviously a huge number of salmon and a monumental waste of resources.
Then we have the waste issue. In Scotland, all the salmon farms produce the same amount of fecal waste as half the Scottish population and all this goes directly, untreated, into Scottish waterways.

In terms of wild salmon, populations have crashed in the last 30-years. We recognize that there are multiple factors, but one of them, certainly, is salmon farming and this is something we could immediately act on. That’s why we are fundamentally opposed to open net-pen salmon aquaculture. 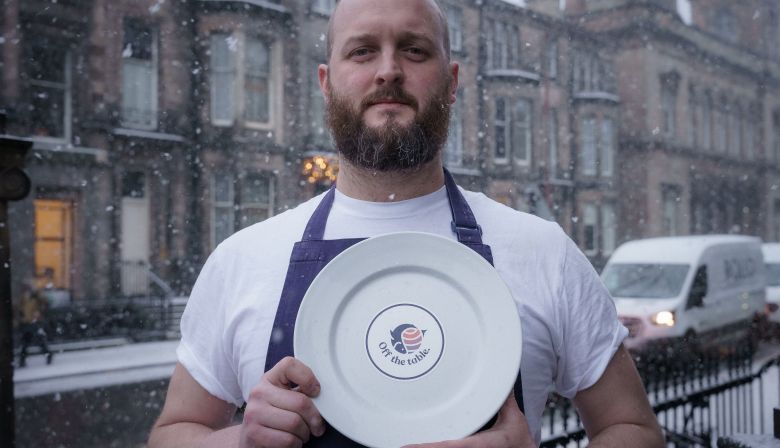 Rachel Mulrenan: This is a shift in direction for us as a charity. Until now we have been campaigning mostly towards the Scottish government. For example, in 2016, we had a petition which led to a Parliamentary inquiry into salmon farming in 2018, but nothing substantive came from that, so Off the Table represents a shift in direction. We’re looking more towards consumers and the public to create awareness that salmon farming is fundamentally unsustainable.

The campaign itself is focused on the hospitality sector. We’re calling on chefs and restaurants to take farmed salmon off their menu and help raise awareness of the environmental, sustainability, and welfare issues of the industry. We feel that there still isn’t a general awareness in the UK of what’s really occurring at the sites. We see farmed salmon still being marketed as a sustainable or environmentally friendly product which is fundamentally not true.

We recognize that real change will ultimately have to come from the Scottish government, but this is about building consumer awareness and it’s a recognition that we need to shift our focus for a bit.

ASF: When you’re asking chefs to take unsustainable aquaculture salmon off the menu, are you advocating for an alternative seafood product, or asking people to choose something else?

Rachel Mulrenan: We are aware that there is no one size fits all solution, so our campaign recommendations are to eat less salmon, to eat lower trophic level fish, and to explore alternatives like closed containment aquaculture, with the acknowledgement that there are sustainability issues in that industry too.

We’re really hoping that the chefs involved in the campaign will help us find the solution because chefs are nothing if not inventive. We’re not dictating one solution, but in our conversations with them we are encouraging them to try new things and be creative.

Farmed salmon is popular and has grown in popularity, but the cost of that popularity has not been apparent to consumers. I hope through our work we can break down some of the myths around unsustainably farmed salmon, so it isn’t such an appealing dish for consumers and diners. 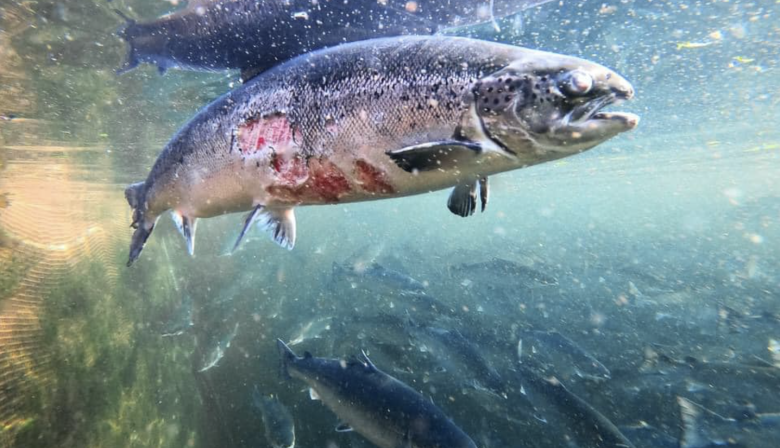 A salmon inside a Scottish aquaculture site with significant sea lice damage. Photo Corin Smith
ASF: Have you had success with the campaign so far, and how are you measuring that?

It's early days, but we feel there is great momentum here in Scotland and perhaps internationally.

Wild Fish, formerly Salmon and Trout Conservation, is a United Kingdom based charity dedicated to protecting wild fish and their environment. To learn more about the Off the Table Campaign, visit www.offthetable.org.uk