Starting in 2003 the Atlantic Salmon Federation and its partners have tagged and tracked 2,862 juvenile salmon, known as smolt, from four Gulf of St. Lawrence rivers. The work was recently published in the ICES Journal of Marine Science (open access): 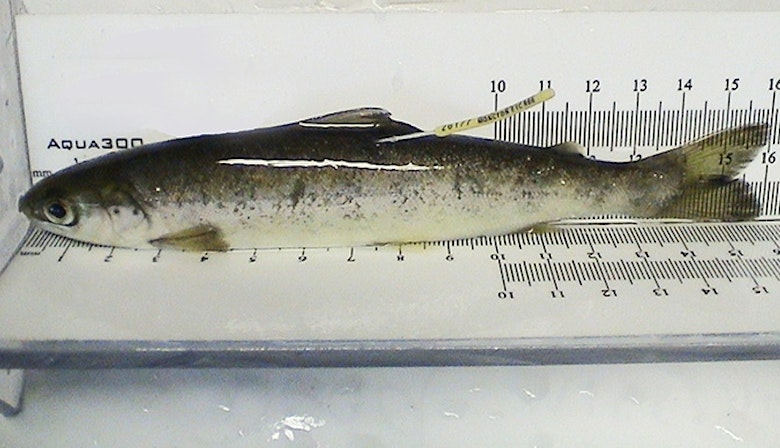 Smolt being measured, nose to fork of tail about 15.2cm. ASF Research
Some are faster than others:

In the Restigouche and Southwest Miramichi rivers, smolt swam through freshwater at rates of around 27 km (17 miles) per day. On the Northwest Miramichi the average was 10 km (6.2 miles) per day and on the Cascapedia River just 6 (3.7 miles). However, once in the ocean, Cascapedia smolt pick up speed, covering 22 kilometers per day (13.8 miles), the fastest of the four populations. 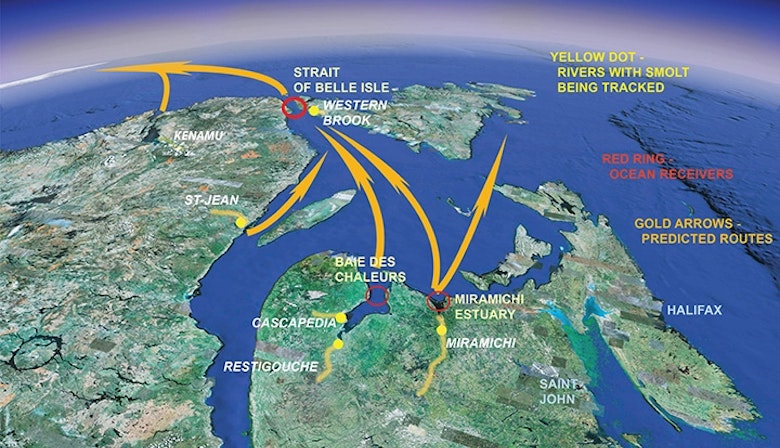 ASF has been involved with tracking studies in these rivers in the Gulf of St. Lawrence, following smolts on their way towards Greenland.
Smolt are on-time:

Despite moving out to sea at different speeds and at different times, smolt sync up in the Gulf of St. Lawrence and the majority pass through the Strait of Belle Isle over a ten day period beginning in early July. Searching for post-smolts in the Strait of Belle Isle, between Labrador and Newfoundland, using small nets are ASF Scientist Eric Brunsdon and summer student Heather Perry. Martin Silverstone/ASF
When predators are present:

The environment smolt face makes a difference in survival. For Restigouche and Cascapedia smolt travelling through Chaleur Bay, survival rates remained stable and relatively high (67% to 95%) over the 14-year study period. For Miramichi smolt, survival rates began dropping in 2010. One reason is likely the growth of the native striped bass population in the river. The lowest smolt survival estimates occurred on the Northwest Miramichi between 2013 and 2016, with estimates ranging from 28 to 42 per cent. 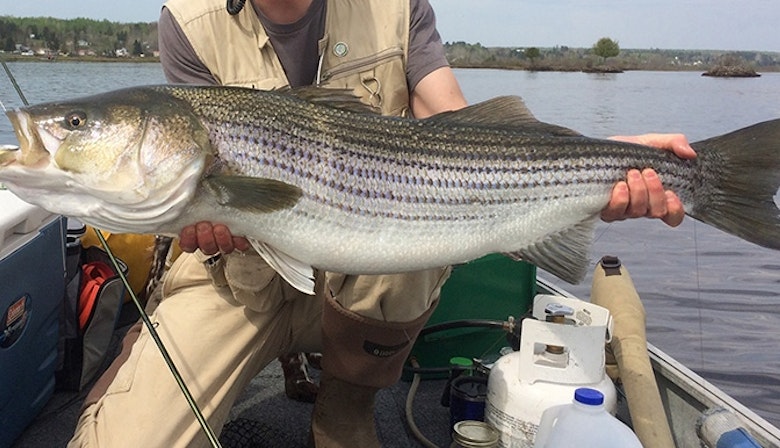 Striped Bass in the lower Miramichi are significant predators of Atlantic salmon smolt.