Nov 9, 2022
New York – John Dillon is this year’s recipient of the Lee Wulff Award. Established in 1987, the Lee Wulff Award is the top honour given by the Atlantic Salmon Federation (U.S.) and recognizes a lifetime commitment to wild Atlantic salmon conservation. The presentation was made at a gathering of ASF directors and guests last night in New York.

Dillon was elected as a director of ASF in 2010 and became chair of ASF (U.S.) in 2016. He guided the organization through complex and challenging times, including the negotiation of the current Greenland Salmon Conservation Agreement, ASF’s pandemic response, and the Miramichi smallmouth bass eradication project.

“I’m pleased to have been involved with ASF for over a decade,” said Dillon. “Working with my fellow directors, ASF leadership and staff, I have seen how ASF can make a difference for wild Atlantic salmon and wild rivers.”

“John has been a trusted advisor and a steady hand during uncertain times for our organization,” said ASF president Bill Taylor. “He is truly deserving of this recognition for the impact he has had on a national and international scale.”

Dillon is passionate about the Miramichi River system in New Brunswick. He has fished at Rocky Brook Camp for 55 years, and with his friend and guide Bill McCade for over 30 years. The camp is owned and operated by his former company, International Paper, which he led as CEO from 1996 to 2003. In addition to the Lee Wulff award, Dillon is the honoree at this year’s ASF New York Gala which takes place later tonight.

The Lee Wulff award is named after the conservationist and angling pioneer who served as a long-time officer of ASF (U.S.) and helped popularize live release fly fishing for Atlantic salmon. Past recipients can be viewed here. Wulff created the design and mold for the award which is cast in bronze. 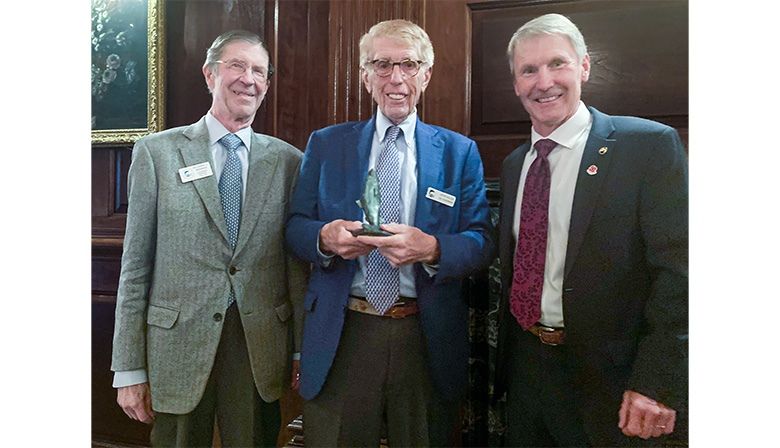