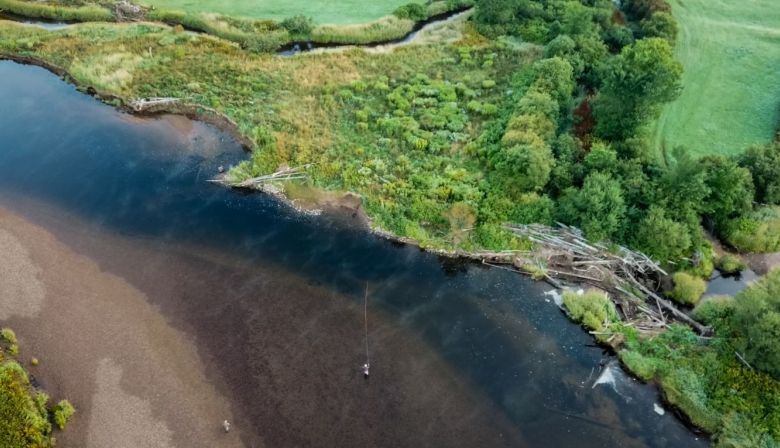 A moisture-laden system spread heavy rainfall throughout much of Nova Scotia this past week, a welcome sight for anglers and the anadromous fish waiting to move into our rivers.

My home river, the St. Mary's, was in dire need of a good soaking and has since been chock full of sea trout. In addition, locals continue to comment on the number of Atlantic salmon being observed in the system. This speaks volumes to the important restoration and recovery work being accomplished by the local river association. Who knows, perhaps an open salmon season will exist once again on this fabled river.

Also on the St. Mary's, novice anglers participating in Atlantic Women on The Fly's (AWOTF) second 50/50 event this past weekend were ecstatic to tour around and fish the watershed.

We had 36 women come from New Brunswick and Nova Scotia, 18 of whom were beginners. With the support of Heather Hodson, United Women on the Fly and a talented team of instructors, we are ecstatic to have shared our love for nature, this great sport, and our provincial fisheries with our attendees. I am incredibly grateful to everyone who helped make this event a huge success and I look forward to hosting again next June at Liscombe Lodge. In addition, stay tuned for a July 2023 event on the Miramichi River.

Courses offered by the AWOTF team included everything from fish handling to entymology, fly tying and knots to single hand and spey casting instruction. Participants spent Saturday on the St. Mary's River, and despite high water levels, several connected with their very first brook trout. 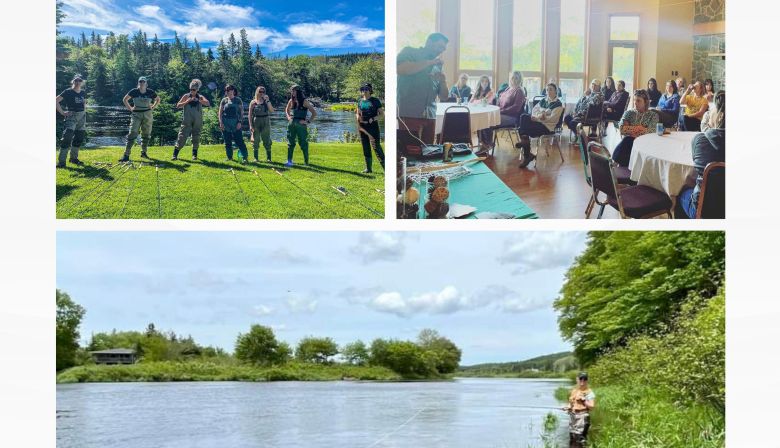 I recently took my 11-year-old on a father and son fly fishing adventure to Cape Breton. He got the full tour, including 5:00 AM wake-up calls that were a shock to his little system. I was quick to remind him I was letting him sleep in.

Experiencing daylight so early, nature so fresh, and rivers so close gave him a glimpse into another world - dad’s world - and one I hope he pursues. His highlight reel was reminiscent of mine at his age: wading for the first time, scampering over rocks, drinking from a fresh water stream, making campfires, riverside snacks and riverside naps. But above all, it was our time together in a special place and space that you must experience to understand. He got it. 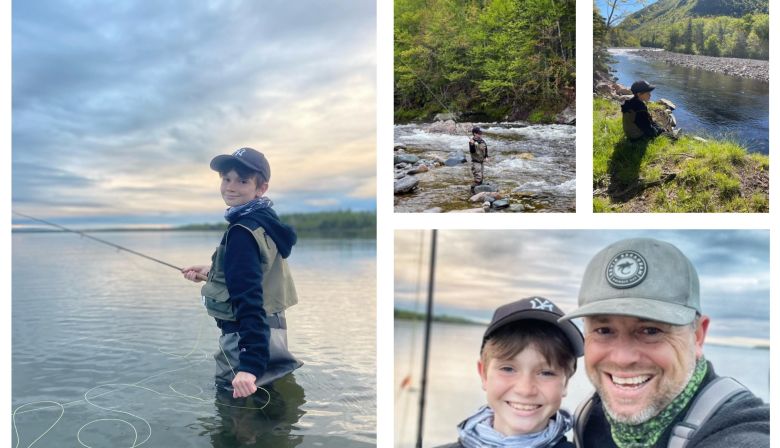 UINR's invitation is below and can also be viewed on Facebook. 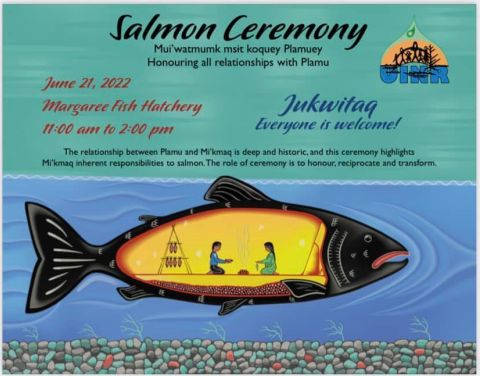 Finally, we seem to have normal June water conditions in most of New Brunswick and the Gaspé this year, with cold and relatively high river flows. This bodes well for travelling salmon, and anglers are already seeing encouraging numbers of chrome bright fish from the Penobscot north to some parts of Newfoundland. Those who have been lucky enough to hook up so far have made an interesting observation - the salmon seem to be in particularly good condition. With a glass half full perspective, perhaps this indicates a good feeding year at sea. Fingers crossed the fish continue to stream in. 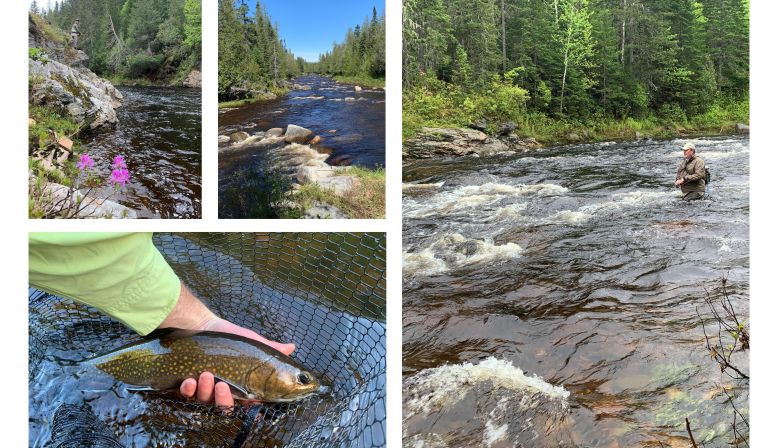 Thunderstorms kicked off the week but water levels are dropping and we are hearing reports of a good number of salmon moving throughout the system already. A few folks shared that they had a successful weekend with multiple fish on the northwest system and more fish hooked further upstream from us on the main.

Over the weekend, I visited the Cains and while catching trout, there seemed to be a great number of salmon parr in various sections of the river. Surely an excellent sign for seasons to come.

Country Haven’s first bright salmon of the season was hooked on Tuesday evening by Doug Herman of North Dakota. More fisherman are arriving now and with our summer season just beginning, we are hopeful for a strong run. If the old-timers are right these good early numbers bode well for the season ahead.

To stay up-to-date on fishing conditions at Country Haven Lodge, and surrounding area, visit their website. 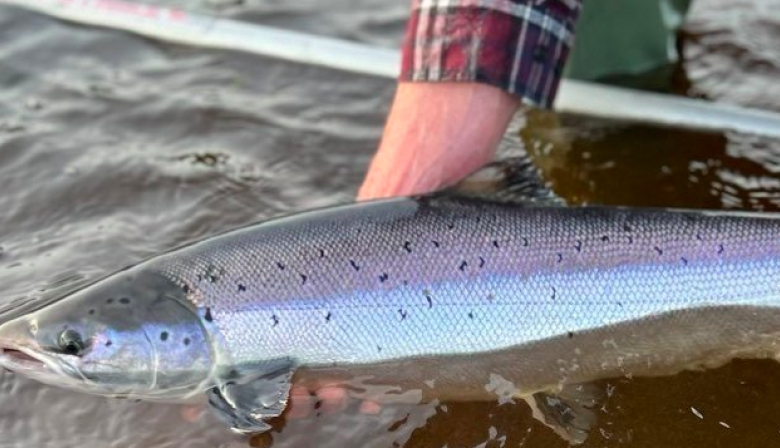 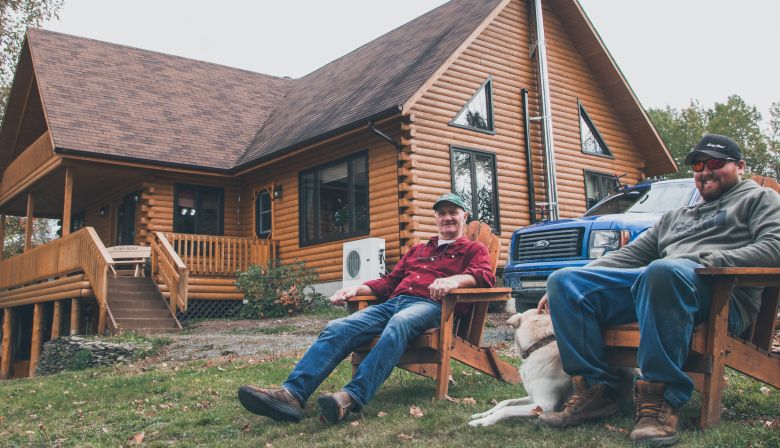 It looks like the strong early run is continuing and fingers crossed it lasts for another month. We will wait for winter redd counts to provide a clearer picture of the adult returns on many of our rivers. The Narraguagus in Downeast Maine is the only river in that region with a facility to trap and count some of the adult salmon. To date, five salmon have been captured there.

The last day of smolt trapping on the Sandy River was Friday, June 3rd. A total of 1,700 new smolts and 313 recaptures were captured this season. Traps were pulled this week. Following is our final preliminary summary:

Temperatures have been relatively cool (~18°C) and flow has been low on the mainstem Kennebec for most of this week (5,430 cfs, <25% percentile on this date, USGS current conditions), though the recent rains served to boost the water level a bit. Atlantic salmon have been steadily arriving at the fishlift since May 24th. To date, 40 Atlantic salmon have been caught and transported to the Sandy River.

This year, returning multi sea-winter (MSW) adult salmon will be tagged with acoustic tags. The goal of this tagging study is to understand movement, ecology and habitat use by natural-origin and hatchery salmon, thermal refuge use, and identification of spawning habitat. So far 9 returning MSW salmon have been tagged and released in the Sandy River. The catch-to-date for salmon captures at Lockwood fishway is the highest its been since Lockwood fishlift has been in operation (2006). A picture of an adult salmon in transport can be seen below.

* as of June 6th, reported by Brookfield

On the Sebasticook River, 2.7 million river herring have been counted and passed at Benton Falls dam; the run is rapidly declining. The water temperature is now 20°C. Another Atlantic salmon has passed Benton Falls on June 8th.

Three (3) new salmon this week along with some much needed rain! We captured a naturally-reared 2SW male and a naturally-reared grilse. We also passed a 2SW female return from fall parr stocking. A few more shad passed as well; we have captured 444 to date. Discharge ~325 CFS and climbing today. 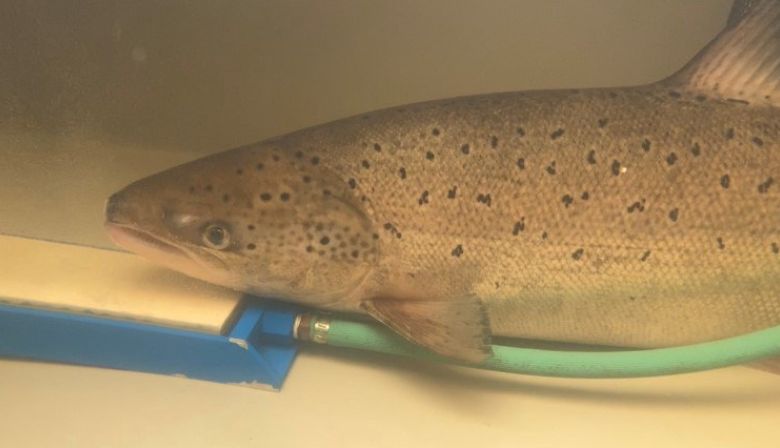 This week we received a beautiful testimonial from a young mother and salmon angler from the Gaspésie, Helsa-Paige Harrisson:

Beginning the season on the rivers of Gaspé has for many years been a tradition for me. My partner and I spend our summers guiding on the Matane. Therefore, we take advantage of the first week of the season in June to fish ourselves and to spend time as a family on the river. I am very grateful to be able to share this passion with my 16-month old daughter; even if she is enjoying a poolside siesta, listening to birdsong, while we experience the acrobatic displays of freshly hooked fish.

The days are particularly demanding especially since she has begun walking and wants to explore her surroundings, or snack on river rocks. Preparing for these family trips requires diligently organizing ahead of time and a willingness to make adjustments throughout the day.

Nothing makes me prouder than to catch an Atlantic salmon with my daughter. This year, in particular, she is fascinated when she sees a salmon and wants to touch them. It melts my heart sharing this happiness with her as we release such magnificent fish together. 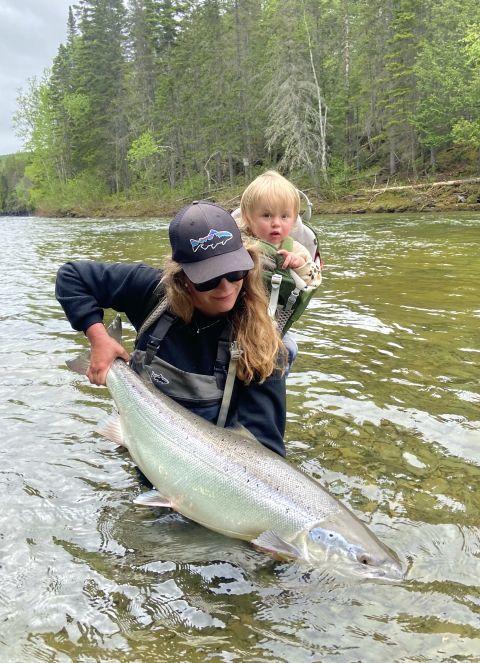 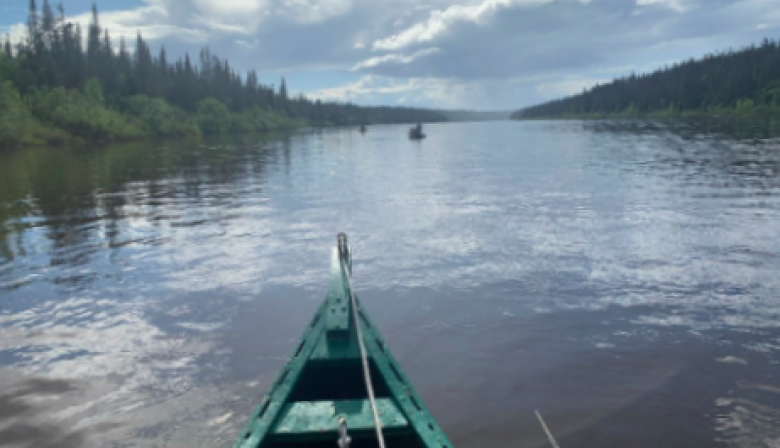 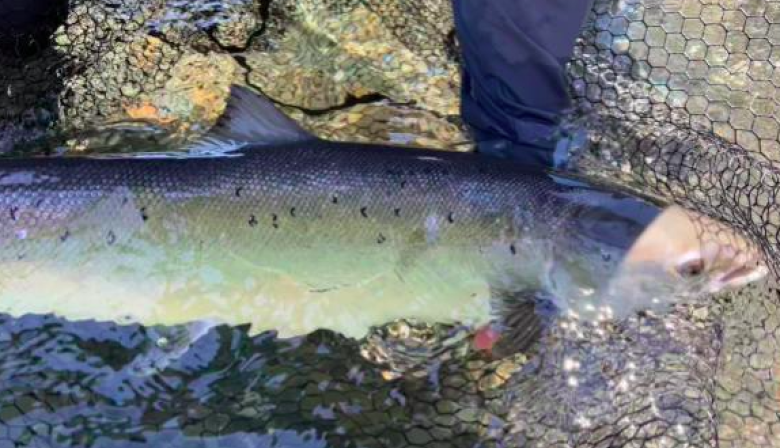 Rivière Bonaventure | ASF (Canada) board member Dan Greenberg is reporting decent angling conditions to date in this area of salmon country in Québec. Water levels are dropping quickly to the delight of most anglers on our rivers right now. | Photo: Dan Greenberg

Don Ivany, ASF's Program Director for Newfoundland, was on the Northern Peninsula last week to begin deploying our tracking gear across the Strait of Belle Isle. A few photos follow from his travels. 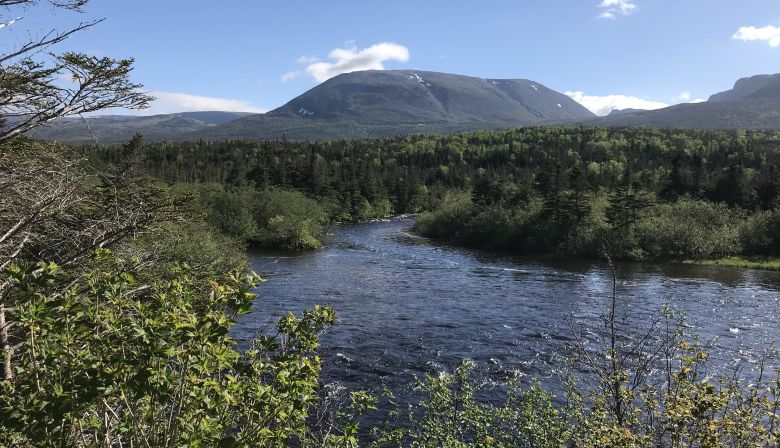 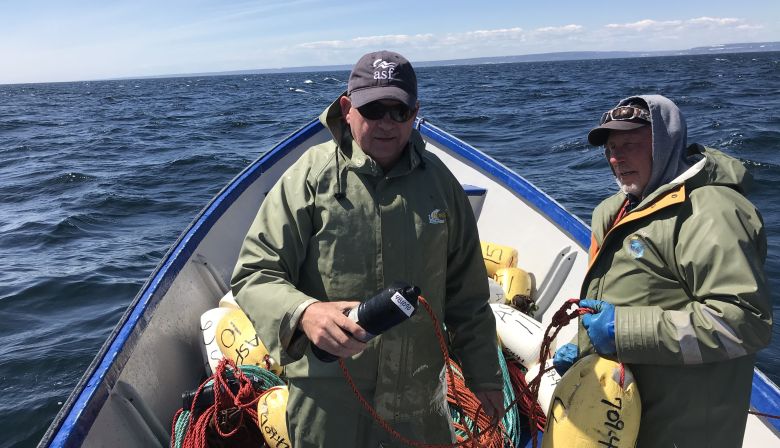 Don Ivany and Loomis Way check an ASF receiver before deploying it in the Strait of Belle Isle on June 14th | Photo: Don Ivany 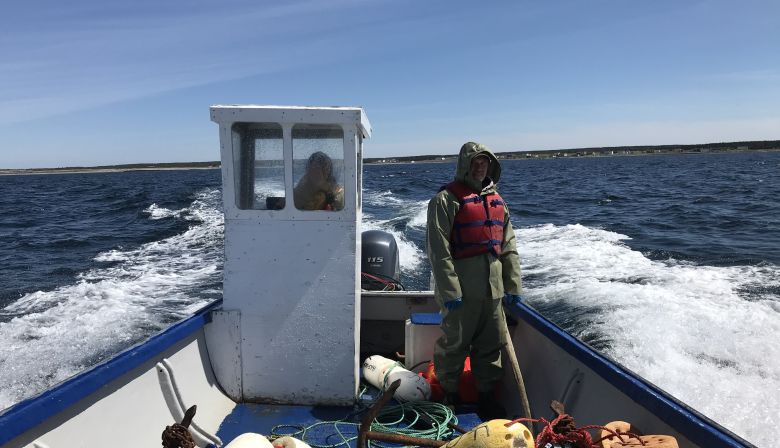 Heading out from Green Island Cove on the Norther Peninsula in NL with a full boat load of receivers to be deployed across the Strait of Belle Isle | Photo: Don Ivany