Anglers on Tay are asked to return all salmon they catch 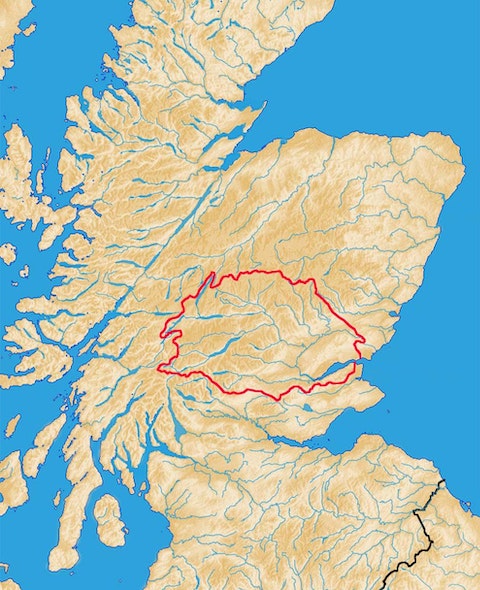 The Tay Catchment Basin in Scotland.
Salmon anglers have been ordered to return all catches on one of Scotland’s big four rivers after populations plunged to record lows.

Fishing authorities intervened to safeguard the health of the Tay, the longest river in Scotland, by prohibiting the removal of any salmon for the duration of next year’s season.

Callum Conner, an angler who spends six days a week on the Tay and Tweed rivers, said: “This is a very big call. Most anglers already do catch and release anyway but for the board to step in is significant. Birds are the big issue though. I frequently see them preying on the salmon. Last spring was a disaster for salmon populations. The run never materialised. There were just no fish in the water.”

Landowners of plots along the river voted by a narrow majority to implement a voluntary return policy between January and October.

It is the first time such strict measures have been introduced season-long on the 117-mile long river.

The Tay District Salmon Fisheries Board (TDSFB), the body empowered to protect salmon fisheries, cannot force anglers to free all their catches, however, without changing the law.

The board said the decision “was not taken lightly” at its annual general meeting in Birnam, Perthshire, on Tuesday. Iain McLaren, the group’s chairman, said: “The board were in favour of approaching the Scottish government to ask for compulsory catch and release in the upcoming season.

“We felt we can’t do this as only just over half of the proprietors were in favour and we didn’t have a strong enough mandate.”

Migratory salmon numbers have dwindled in Scotland’s large rivers over the past decade. According to TDSFB statistics the total reported catch through rod fishing in the Tay was 4,483 for 2018 — a 43.5 per cent drop from the previous ten-year average.

The loss has been attributed to the changes in the Atlantic sea and predatory birds.

Hundreds of fishermen and anglers take to the river’s waters every year for the salmon fishing season. Most catches are returned, with August 2018 being the only month last year when the percentage of salmon and grilse caught and not released was higher than 10 per cent.

In a new bid to help replenish fish populations stricter restrictions across the entire season have been introduced.

Board members will spend the year continuing to investigate how many fish die at sea, and how many fall victim to predators along the river before they grow to be more than smolts.

At the top of the priority list is investigating bird predation, invasive plants and beavers.

A spokesman for the Scottish Anglers National Association said: “There are rumblings from salmon anglers who enjoy keeping their fish and think taking one or two fish isn’t a problem and won’t affect the numbers.

“I’m in support of the measures because every little helps in combating the population problem. However, I don’t think this will have a huge difference as other factors are more important to the decline.”

In his chairman’s report Mr McLaren said: “If fewer adult fish make it back, our priority must be to ensure as many of the survivors as possible are allowed to spawn. Almost all anglers do their part and release what they catch. That is clear and I thank them.

“We are asking that all fish should be released on a voluntary basis.”