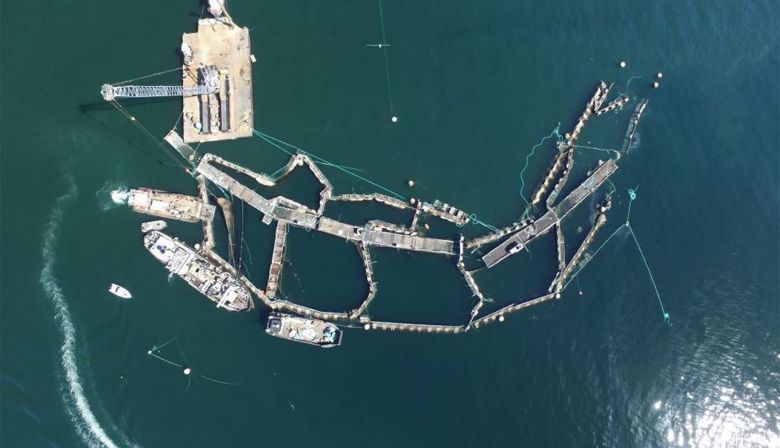 Cooke Aquaculture salmon farm cages that collapsed in Puget Sound. Washington State Dept. of Natural Resources
Environmentalists have taken the owners of a salmon farm that collapsed two years ago to court for alleged violations of the Clean Water Act.

That’s down from eight a couple years ago, when a poorly maintained Cooke Aquaculture farm collapsed. A quarter-million fish from another ocean escaped into Puget Sound.

An activist group called the Wild Fish Conservancy is suing Cooke. The group says Cooke failed to keep the collapsed farm in good condition and is doing the same at its remaining farms.

Cooke says it will harvest the last of its Washington state Atlantic salmon in the next six months.