Jun 16, 2021
ATV association wants the province to step up enforcement 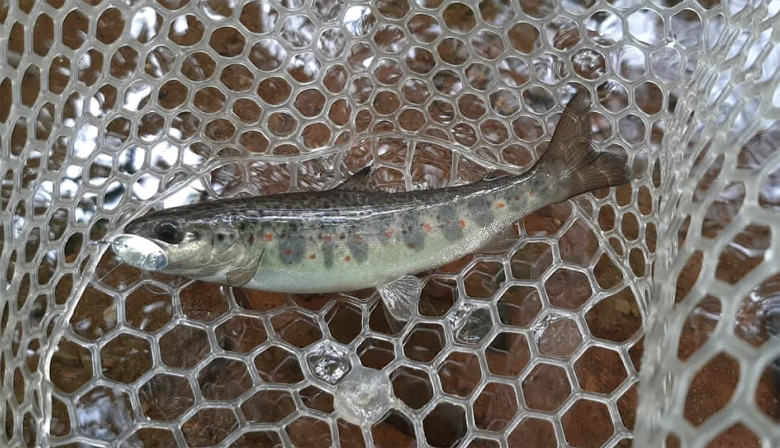 The area of the river near a residential subdivision in Greenwood offers the perfect conditions for salmon to lay their eggs, and young salmon known as parr as well as brook trout have been spotted in the area, said Katie McLean, the program manager with the Clean Annapolis River Project.

She said there appears to be a small number of people crossing the river on ATVs on a fairly regular basis. Staff have noticed tire tracks and a rough trail cut through the trees on private property. Last year they captured a video of three riders crossing the water.

"If there was a redd — the name for a salmon nest — in one of those exact locations. That's not going to fare well for the salmon eggs," McLean told CBC Radio's Information Morning.

ATVs also stir up sediment from the bottom of the river that can drift downstream and smother nests or change the water quality, she said. Her team has spent the last few years trying to restore the fish habitat by installing structures in the water and using a process called sand wanding to remove very fine sediment from the nest areas. 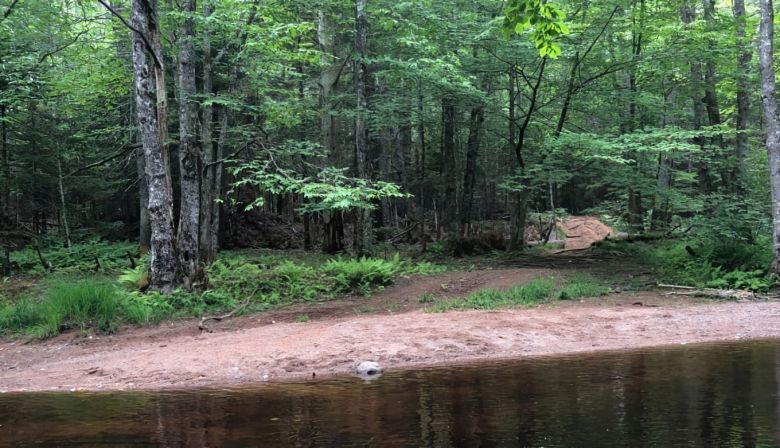 July 2020 image shows the makeshift trail that is being used by ATVers who cross the Fales River, says Katie McLean with the Clean Annapolis River Project. (Rachel Walsh)
"That's where it can feel particularly frustrating then to see an activity that's directly putting those sediments back into the stream," she said.

It's illegal for ATV riders to cross most watercourses in Nova Scotia unless they're frozen, and the Clean Annapolis River Project is working on putting up signs in the Fales River area to educate riders.

The organization is getting some help from the All Terrain Vehicle Association of Nova Scotia.

Executive director Barry Barnet said he doesn't believe the people who are crossing the Fales River are members of his association, and he wants the Department of Environment to do more to enforce the rules.

"Enforcement has been a struggle over the past year and a half, and it's unfortunately a side effect of COVID," he said.

Barnet said ATVANS represents about 5,000 ATV riders who belong to 42 clubs, but there are also another 25,000 Nova Scotians who ride ATVs and aren't part of the group.

"Quite honestly, it's frustrating for the folks who are members of our organization who do the right thing and are responsible," he said. "While they're doing that, somebody is running down the road or driving through a river, right? It puts a black eye on our sport."

News has reached out to the Department of Environment for comment.

McLean said building a bridge over the area of the Fales River likely isn't an option because there are private landowners on one side who don't want to encourage people to ride through their property.

She added that ATV users may not know what they're doing is illegal and harmful to the environment. That's why she believes putting up signs will help.

"We're really supportive of having well-established ATV trails because a lot of the time ATVers and other people using the outdoors are some of our more avid volunteers," McLean said. "They're the eyes on the ground who recognize what's happening with wildlife and habitat."