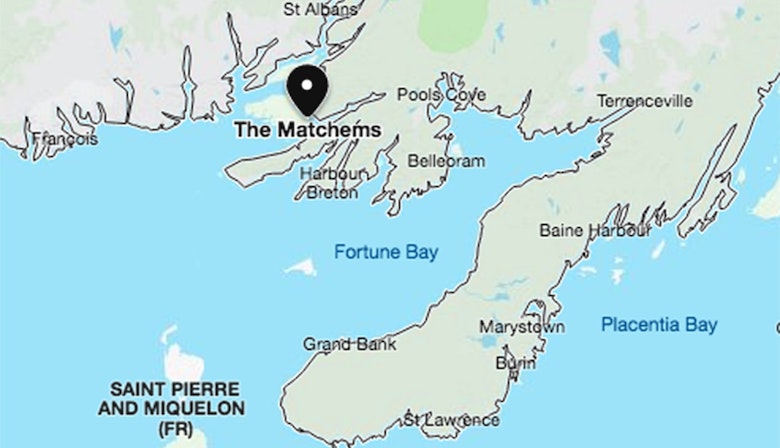 Location of Cooke owned open net-pen site with IPNV
In a press release, Cold Ocean Salmon, which is owned by Cooke Aquaculture, writes that it received a positive detection of Infectious Pancreatic Necrosis virus (IPNV) at a marine cage site.

The Matchems site is located next to Robin Hood Cove, Newfoundland and Labrador, Canada, and contains eight cages that are stocked with approximately 530,000 Atlantic salmon.

“IPNV is a naturally occurring virus and is not a human health issue or a food safety issue as determined by the Canadian Food Inspection Agency (CFIA)and no further measures will be taken,” wrote Cold Ocean Salmon.

“The company is taking all the responsible steps under the oversight of the Newfoundland and Labrador Department of Fisheries, Forestry and Agriculture and is following government-approved policies for reporting,” it added.

According to a paper entitled The Infectious Pancreatic Necrosis Virus (IPNV) and its Virulence Determinants: What is Known and What Should be Known published in the Multidisciplinary Digital Publishing Institute, IPNV is a “disease of great concern in aquaculture, mainly among salmonid farmers, since losses in salmonid fish—mostly very young rainbow trout (Salmo gairdneri) fry and Atlantic salmon (Salmo salar) post-smolt—frequently reach 80–90% of stocks”.
https://salmonbusiness.com/authorities-detect-ipnv-at-site-containing-530000-salmon/