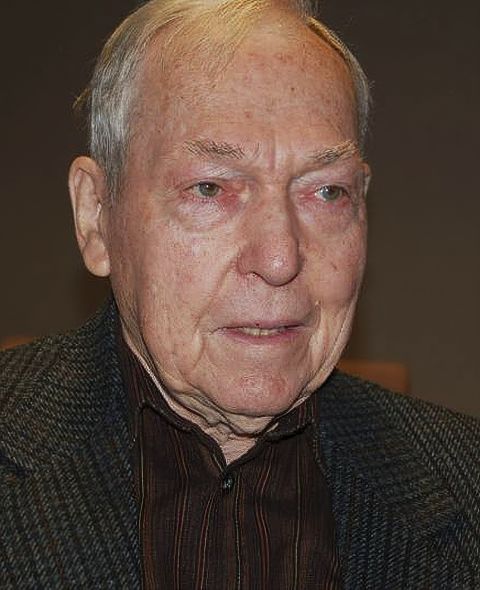 Ches Loughlin was well known both on the salmon rivers and as editor of "Spawner" magazine for many years.
CORNER BROOK, N.L. — A few years ago Keith Piercey and Ches Loughlin set out one evening to go fishing on Harry’s River, near the Dhoon Lodge in Black Duck Siding.

Within an hour they hooked and released four fish, one after another.

“It was unbelievable,” said Piercey, describing the memorable experience with his friend. Mr. Loughlin, a long-time angler and conservationist died Saturday, March 21, in Corner Brook, at the age of 89.

Mr. Loughlin was born in Petites on the south coast and grew up in Howley at a time when everybody lived off the land, said his brother, Carl Loughlin.

With Grand Lake on one side and Sandy Lake on the other they had the perfect fishing grounds.

“So, we all grew up catching fish and big fish,” said Carl.

“And Ches was the most avid of all of us when it came to fishing and hunting.”

When the family moved to Corner Brook in 1940 the boys had the mighty Humber River and its Big Falls to fish.

It was at Big Falls where Carl said his brother taught him to salmon fish.

“And one thing he taught me, he said, ‘as soon as your boots hit the water you should be throwing out your fly'.”

With fishermen all around them, they cast their flies as they walked the 40 to 50 yards to the fishing spot.

“And both of us hooked and landed a salmon on our way out to the fishing spot.”

From there Carl’s own love of fishing was born. He said introducing people to angling and sharing his skill was something his brother loved to do.

But he didn’t just have a love for fishing, he also shared concern for the well-being of the fishery and got involved in conservation.

“Ches was a visionary in my view when it came to conservation. He realized many years ago that we just couldn’t continue to catch salmon and trout and whatever and take as many as you want to take. And there had to be some rules and regulations on what to do.”

Carl said his sibling was a leader in conservation and shared his advocacy with his brothers.

It also led Mr. Loughlin and Piercey to become friends in 1979.

Back then Mr. Loughlin was part of a group concerned about netting and lower salmon returns in the recreational salmon fishery.

The thought was to create a lobby group to fight for better conservation and SPAWN (Salmon Preservation Association for the Waters of Newfoundland) was formed.

Through the years, Mr. Loughlin was heavily involved in the production of the group’s SPAWNER magazine, producing a good many editions on his home computer.

He officially served as its editor from 1988-2014. Piercey helped out in the later years and took over as editor in 2015. The magazine ceased production in 2018.

Piercey said Mr. Loughlin had absolute dedication to the organization.

“He was a marvelous person for contacting people. He was well liked, and well known and well respected.

“But what I’ll remember most is just his total commitment to salmon conservation."

On The Salmon Anglers of Newfoundland Guild (TSANG) Facebook page tributes to Mr. Loughlin refer to him as “a legend on the river,” “a great friend to salmon,” “a very passionate leader and caring man,” and “a talented rod builder and fly tyer and a knowledgeable, friendly gentleman on the river.”

Adds Piercey, “He was a really gentle person. A very obliging person. He was the kind of person who would go out of his way to help the little guy.”

Piercey himself has a four-piece rod built by Mr. Loughlin.

“His rods are well liked and a lot of people still use them.”

Piercey said Mr. Loughlin’s holiday every year was to park his trailer with his family at Big Falls for a few weeks.

Carl said it's where his brother felt at home. Even when Parkinson’s prevented him from fishing, he’d still visit Big Falls and talk with the fishermen there.

Ralph Hiscock of Mount Pearl is perhaps the last person that he ever fished with Mr. Loughlin.

Hiscock knew him for 45 years and fished with him many times.

In 2015 Hiscock was at Big Falls and saw Mr. Loughlin camping at Sir Richard Squires Park.

Hiscock knew he wasn’t fishing and asked if he could get someone to row them across Deer Lake Hole, also known as Gulliver’s Hole, would he like to go fishing.

Hiscock said Mr. Loughlin was all for it and he got Jeff Wells to row them over.

“And we got ready and we went and it was a memory to keep forever for sure.”

He’ll also cherish the rod he owns, another of the ones that Mr. Loughlin built.

Hiscock last visited with Mr. Loughlin about a year ago.

Carl said many are unaware that his brother was a deeply compassionate and empathetic man when it came to his family and any of his extended family.

“He was emotionally charged all the time about family.

“Ches was a real family man.”

Loughlin's son, Terry, was born with cerebral palsy and he and his wife, Vida, committed their lives to his care.

Carl said the family had much respect for what he did.

“Never once did I hear him complain about anything.”

The brothers also worked together at the Bank of Montreal. Carl said his brother was highly respected and had a distinguished career.

“Ches had a knack for isolating a problem and finding the solution very quickly.”

He was an Atlantic Salmon Federation Honour Roll inductee and was nominated for Corner Brook’s 2014 Achievement in Community Excellence Award Citizen of the Year Award.

In 2005, SPAWN established the Ches Loughlin Conservation Award, which annually recognizes a group or person for their contributions to the protection of Atlantic Salmon.

Due to the COVID-19 restrictions, a private family visitation and funeral was held at Fillatre’s Funeral Home on St. Marks Avenue today.