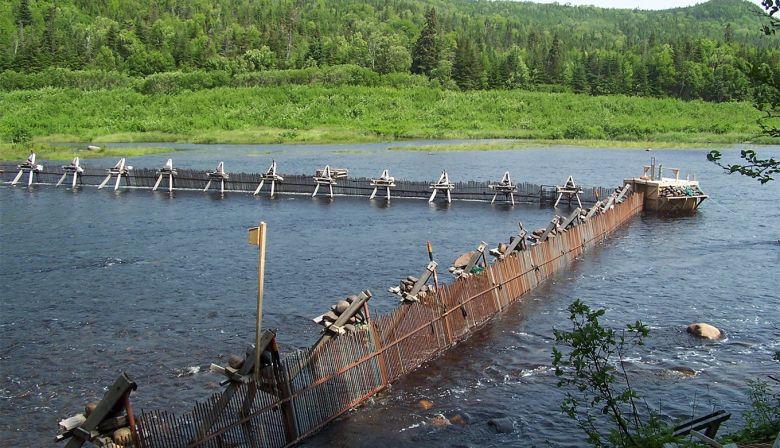 Conne River Atlantic salmon have declined in number over the past few years. ASF Photo
The latest salmon numbers from the federal Department of Fisheries and Oceans come with a stark warning to the south coast of Newfoundland, as the stock there is near extinction.

Nick Kelly, a DFO stock assessment biologist, says the salmon population in Conne River has dropped dramatically since monitoring began in the late 1980s, from about 10,000 salmon then to fewer than 200 last year.

"It's on this pretty sharp downward trajectory," Kelly told CBC Radio's The Broadcast on Friday. The stock has particularly nosedived since 2016, when 1,200 fish returned.

Kelly said the population at nearby Little River has also dropped to near zero, with fewer than 10 salmon returning to the river in 2020. He said several factors could be at play in the decrease, including sub-optimal sea surface temperatures, physical conditions and the availability of prey.

"The marine ecosystem is quite complex in itself. It could be a variety of issues," he said.

Kelly said aquaculture on the south coast could also have a potential effect on salmon population, but there isn't enough data to prove it has had a large impact.

"We know from other regions … there are potential issues of aquaculture on wild salmon stocks such as disease or sea lice as well."

Helping the stock rebuild could be difficult, he said, as there is no DFO stocking policy in place for Atlantic salmon. Stocking the river with new species could also present a challenge, as salmon living in the river have adapted to the specific conditions.

Mi'sel Joe, chief of the Miawpukek First Nation in Conne River, said the community has been working to help the salmon population of Little River for years, and will now focus efforts on Conne River.

"It's been a part of our life, a part of our culture, part of our food source for years and years, before [the] Indian Act or before government.… You go back as far as you want, you'll find that this was one of the best rivers on the south coast of Newfoundland."

But all that use has taken its toll, he said. Several other factors could be in play, he said, noting the community has seen seals come into the mouth of the river for the first time in his life.

Joe said the community is developing a salmon-saving plan, which could include introducing new species into the river to help grow the population. He said local fish farmers have agreed in principle to helping the effort, and he's hopeful the river will recover.

"Everything goes through cycles.… Hopefully this is another," he said. "Maybe we can help Mother Nature in some way by helping out in restocking or whatever we got to do. But I'm sure with help from DFO and our own people, we can start to do something about that."