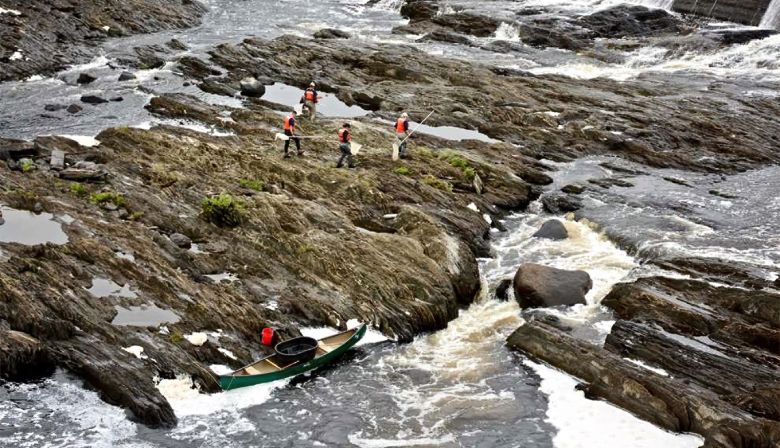 "We may be talking a quarter to a third of the run that's injured or stranded or will not survive. So when you're talking about numbers that are that critically low, every single fish matters," Burrows says.

The strandings occurred when Brookfield installed flashboards on the dam as it does every year. The action cuts off water flow to the dam's channel, stranding salmon and other fish which then have to be rescued by the Maine Department of Marine Resources and other volunteers.

Burrows says Brookfield does not have the legal authority to harm, injure or kill Atlantic salmon on any of its four dams on the Kennebec, which is why his group plans to file suit for violations of the Endangered Species Act.

In a written statement, Brookfield Renewable spokesperson Miranda Kessel said the company is disappointed in the recent claims made by the groups in their "continual pursuit of dam removal within the lower Kennebec communities." Kessel said that repairs undertaken on June 15th included a two-foot drawdown of the impoundment that started at 9 am and concluded by the afternoon. She said the improvements are expected to improve water flow for the movement of fish in the rive and the plan was developed in consultation with resource agencies who were onsite to conduct stranding surveys during the drawdown.