Dreaming of what St. Marys could be 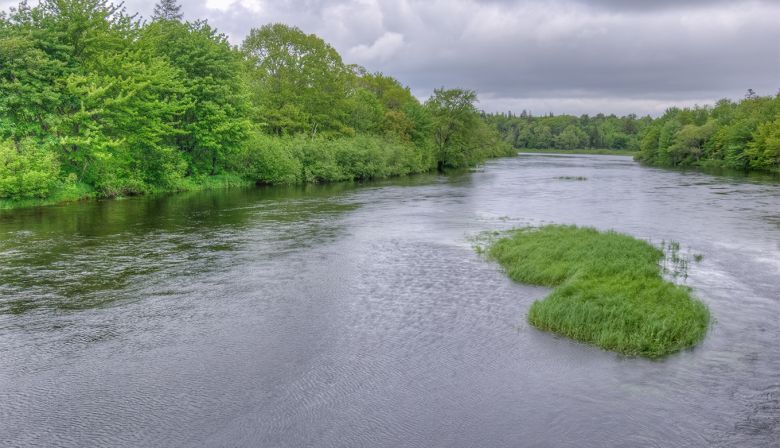 ... the Municipality of St. Marys being known as “Nova Scotia’s Sanctuary,” home to beluga whales, abundant wildlife and a pristine wilderness.

... a protected provincial park with three magnificent rivers, numerous lakes and brooks, and one of North America’s most spectacular harbours, for the enjoyment of all Nova Scotians and visitors.

... many local people being employed in a wilderness park.

... the number of people who would choose to retire near our sanctuary, or establish a seasonal residence.

… the motels, lodges and restaurants that would be built to accommodate visitors.

... Atlantic Gold Corporation wants to develop an open pit mine at Cochrane Hill, on land which is an intricate part of the proposed wilderness park.

... “open pit mining is one of the most common forms of mining for strategic minerals. This type of mining is particularly damaging to the environment because strategic minerals are often only available in small concentrations which increases the amount of ore needed to be mined. Environmental hazards are present during every step of the open pit process.” (Massachusetts Institute of Technology)

… what we can be if we make the right decisions! We have watched for many years now the demise of rural Nova Scotia, especially the Eastern Shore. We understand “economies of scale” and why industries need to be centralized for efficiency. We also believe that “what goes around comes around,” and that which was treasured and valued by our early settlers and visitors, such as our river valley, will once again emerge as one of our greatest assets. Our treasure is not in the ground but on top of it!

… being in close proximity to one of Eastern Canada’s most affluent urban centres, HRM. If we get it right, we will become a favourite recreational destination for residents of Greater Halifax.