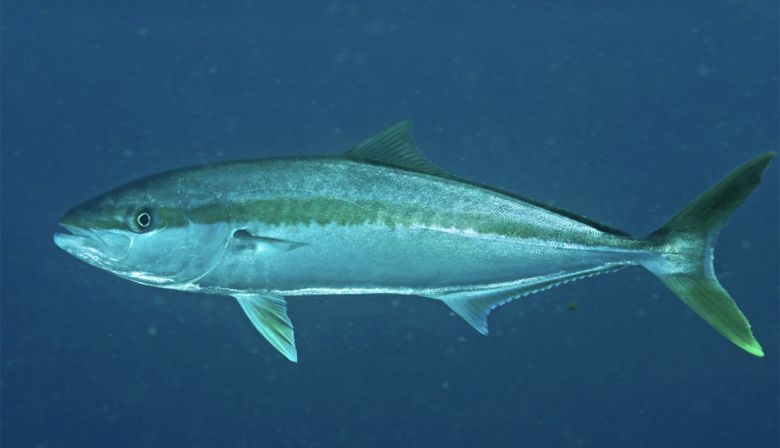 Yellowtail amberjack has many common names, and is found in a wide geographical distribution. Photo Reef Life
JONESPORT — Kingfish Zeeland, owner of a large recirculating aquaculture system (RAS) fish production operation in the Netherlands, got a strong show of support for its proposal to build a similar land-based facility in Jonesport during a public presentation to the community on Nov. 20.

Kingfish Zeeland considered more than 20 locations on the East Coast of the United States before narrowing its choice for a second RAS facility to Jonesport.

“Our primary goal has always been to find a welcoming community with the same environmental and sustainability standards as our own,” Maiman said in a statement. “With this vote of confidence from the Jonesport community, we can move forward knowing that we are welcomed in this community and the residents are engaged in our project.”

William “Bimbo” Look, a lobster dealer and former selectman, was one of more than 60 residents who gathered to hear the proposal at Peabody Memorial Library.

“I urge the selectmen to get right on this proposal,” Look told the community. “We desperately need this company in Jonesport. We shouldn’t waste any time.”

Current Selectman Dwight Alley called for a show of hands from audience members in support of the Kingfish Zeeland proposal. According to a statement from the company, Alley estimated that 90 percent raised their hands in approval.

“We appreciate Kingfish Zeeland sharing its concept with our community and engaging the residents in the process,” Alley said. “Our town leadership is excited to move forward with the team and work with a company which will bring significant investment and jobs to our region.”

According to a statement released last week, Kingfish Zeeland will now ramp up its site review, engineering studies and construction planning. The Jonesport facility will produce an estimated 6,000 metric tons (about 1.3 million pounds) of “Dutch yellowtail,” or Seriola lalandi, annually after construction is complete. Common names for the species include Pacific yellowtail and yellowtail amberjack.

The company predicted that the first phase of construction should create more than 70 jobs in Jonesport. 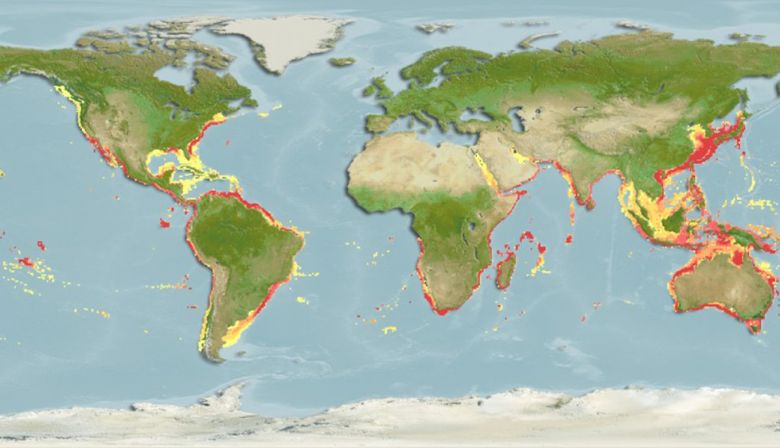 Seriola islandi has a wide distribution, including most of the oceans of the world. Maximum size is about 250 cm. length, with average about 80 cm.
Whole Oceans is currently developing a nearly $200 million project to grow Atlantic salmon on the site of the former Verso paper mill in Bucksport and expects to break ground after the first of the year.

In Belfast, there has been vigorous opposition to a proposal by Nordic Aquafarms for a substantially larger land-based RAS production facility for Atlantic salmon. The Norwegian company has said it planned to invest some $500 million in the project, which has generated intervention by opponents in the company’s local and state permitting process and at least two lawsuits.

Kingfish Zeeland currently operates a facility in the Dutch province of Zeeland producing antibiotic-free Dutch yellowtail. According to a report in the trade journal Seafood News, production there is currently between 6 and 12 metric tons per week, and the company is selling fish so rapidly that it recently began limiting orders from buyers and, quoting Maiman, “optimizing on price.”

Despite the hectic pace, the company has introduced several new products, including cold-smoked, individual vacuum-packed portions and split fillets, to the market.

According to Kingfish Zeeland, the company is the only yellowtail producer with both Aquaculture Stewardship Council and Best Aquaculture Practices certifications for its environmental and sustainable production methods. The company also has been recommended as a Green Choice from the Good Fish Project and the Monterey Bay Aquarium Seafood Watch Program.