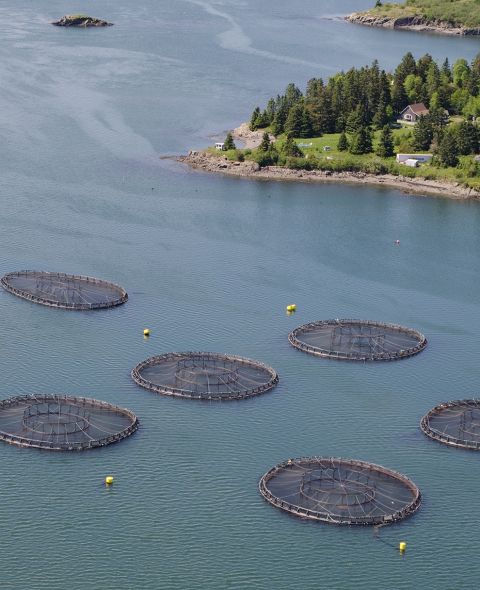 The purpose of the Placentia Bay project is to allow for the remote sensing of feed requirements and other parameters, such as fish size, and will purportedly facilitate the expansion of ONP aquaculture.

The purpose of the B.C. process is to remove the sea cages from the water and develop more sustainable aquaculture alternatives while protecting and rebuilding B.C.’s wild salmon stocks. This is a key part of federal Fisheries Minister Bernadette Jordan’s mandate and was announced publicly by Prime Minister Justin Trudeau during the last federal election campaign.

ONP aquaculture in B.C. will be stopped in its tracks, and the industry, if it is to survive, must transition to a more sustainable alternative, such as land-based. Meanwhile, on Canada’s East Coast, the federal government is not only ignoring the many serious environmental problems that the ONP industry poses, it is supporting expansion through the Atlantic Canada Opportunities Agency and now the federal Ocean Super Cluster. Worse still, the province is a significant investor in ONP aquaculture while maintaining the posture of regulator.

It’s not an easy leap to reconcile these completely contradictory positions. The gulf between what DFO and the federal government is doing in B.C. versus what it is doing on the East Coast equals the distance between the Atlantic and Pacific coasts. DFO is creating an aquaculture divide.

Sea lice is the problem that led DFO to shut down B.C. aquaculture. Sea lice thrive in and near the densely stocked cages and attach themselves to wild salmon smolt as they migrate through the gauntlet of sea cages to the open ocean. This results in high mortalities as many smolt are killed by sea lice at this vulnerable life stage. Other problems include the degradation of the marine environment, disease and escaped farm salmon. Sound familiar?

If you add in mass die-offs from the infectious salmon anemia (ISA) virus, winter chill and, most recently, high water temperatures, the problems are the same on both coasts. So why is DFO taking opposite approaches by phasing out ONP aquaculture on the West Coast as non-sustainable and promoting its expansion on the East Coast?

DFO does not believe that ONP aquaculture poses any problems on Canada’s East Coast. This was revealed during public consultations on a Federal Aquaculture Act. What this means is there has not been sufficient public outcry. DFO, in this region, has a well-staffed aquaculture section that owes its existence to the industry. Its mandate is to support the industry regardless of the negative impacts on the marine environment and wild Atlantic salmon. This puts DFO in a conflicted and compromised position because of its responsibility to protect wild fish populations.

By contrast, there has been a long-standing and very visible outcry against ONP aquaculture in B.C., led by Indigenous Peoples. Also, because of a court ruling, DFO, rather than the province, regulates the B.C. industry. In Atlantic Canada, DFO has conveniently turned this over to the provinces, relying on various memoranda of understanding.

The ONP aquaculture industry in Newfoundland and Labrador is not new; it has been developed over 40 years and has shown itself to be neither sustainable nor stable — quite the opposite. In spite of financial support and favourable government regulation, it has actually declined from 26,000 metric tonnes to only 15,000 last year with mass die-offs, ISA outbreaks, shutdowns and quarantines as a backdrop. If this situation continues, our south coast will become an aquaculture ghetto while more sustainable aquaculture will flourish in B.C. and the rest of the world.