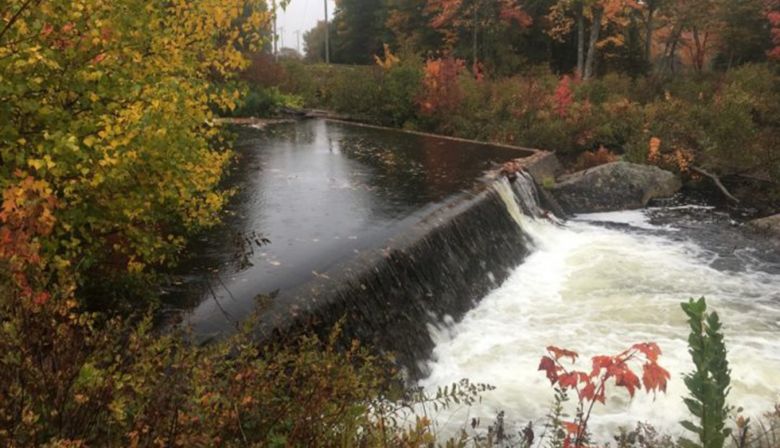 Branch Lake Stream dam to be removed﻿
City councilors in Ellsworth voted Monday to approve the removal of an unused, city-owned dam, which would open 5 miles of Branch Lake Stream to Atlantic salmon and other species.

The council voted 7-0 to allow Town Manager David Cole to sign an agreement permitting the Downeast Salmon Federation to remove the dam this summer at Branch Lake Stream as it runs west from the northern end of Leonard Lake near Christian Ridge Road. The group will fund the $90,000 removal, said Brett Ciccotelli, a fisheries biologist with Downeast.

The dam’s removal will eliminate a public safety hazard and insurance liability for Ellsworth, and improve fishing and native fish habitats between Leonard and Branch lakes, Ciccotelli said. Besides salmon, it should allow species such as brook trout and blueback herring to return to the stream that runs between the two lakes, he said.

The fish populations should further increase once Brookfield Renewable makes required improvements to two hydroelectric dams it owns on the Union River at Leonard and Graham lakes, Ciccotelli said.

“To have this ready as those improvements are made, we think, is a good thing,” Ciccotelli said. “This will add some places for those fish to go.”

Originally built sometime prior to 1917, the dam was a log cribwork structure later rebuilt in concrete for the city water department, impounding water for use as a drinking-water source until the 1990s, Ellsworth Public Works Director Lisa Sekulich said.

Improving the stream’s fishing will be good for the city, Councilor Gary Fortier said.

Boaters — especially white-water kayakers — will also benefit from the removal of the dam, which is considered a hazard to water-borne traffic. The stream is favored by kayakers, Ciccotelli said.

The dam removal is slated to occur in August, when water levels are lowest. It will cost about $90,000, including insurance and administrative costs. The federation secured $66,500 for the work — $50,000 from the U.S. Fish and Wildlife Service’s National Fish Passage Program and a $16,500 from the Maine Department of Inland Fisheries and Wildlife’s Outdoor Heritage Fund. It is raising funds now to cover the remainder of the $90,000, said Dwayne Shaw, the organization’s executive director.

Two contractors provided cost estimates in 2016 and updated them last year. R. F. Jordan is asking $68,000 for full removal and $40,000 for partial removal. Linkel Construction was asking for $30,000 for partial removal in 2016. Downeast Salmon Federation is awaiting the updated figures from Linkel Construction, according to a Jan. 3 memo that Cole distributed to the council prior to Monday’s meeting.