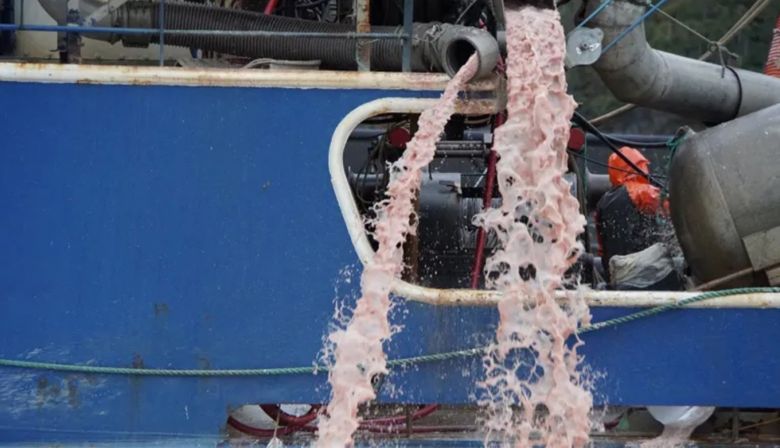 With 2.6 million farmed salmon dead, and increasing concern about the impact of the cleanup, the Environment Commissioner has made scathing remarks about oversight by government. Atlantic Salmon Federation/Bill Bryden
Right in the thick of a back and forth between supporters and detractors of open-pen fish farming, Canada’s environmental watchdog has come down hard on those mandated to oversee practices and policies.

One of the audits being released by Environment Commissioner Julie Gelfand looks at management of the $1-billion salmon-farming industry.

Hundreds of thousands of salmon suffocated on the south coast late this summer because of warm water.

She says the industry is lacking when it comes to assessing the risk that diseases among farmed fish pose to wild salmon. Gelfand also notes that government is not properly monitoring the impact of the drugs used to treat those diseases.

The commissioner is calling for government to enforce aquaculture regulations more effectively and to pursue additional enforcement measures. She says there is no national standard on the kind of nets used to contain farmed salmon in the ocean, which is a particular problem in the Atlantic because of the heavy storms which batter farms and destroy nets.