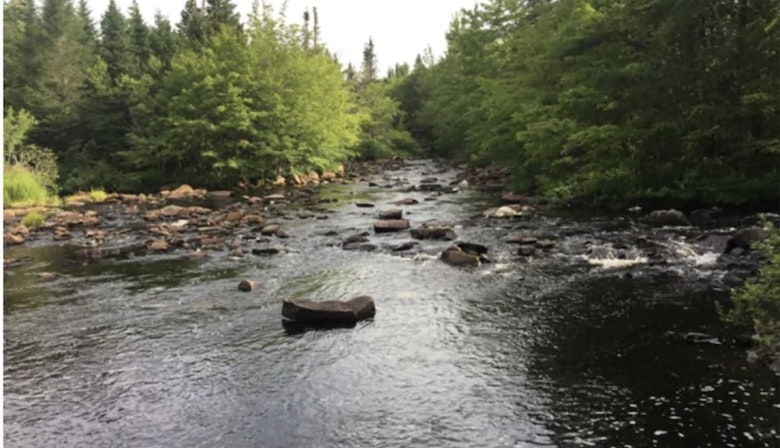 The Impact Assessment Agency of Canada (IAAC) notified Atlantic Mining NS Corp. — a subsidiary of Atlantic Gold — on Monday that the company must submit a revised environmental impact statement before the assessment process can resume.

Atlantic Gold wants to develop a 280-hectare open-pit gold mine about 30 kilometres north of Sheet Harbour, N.S. It already runs Touquoy, the province's only currently operating gold mine.

The company was given a 50-page set of guidelines last August for the Fifteen Mile Stream proposal, laying out specifics of what it needed to assess and how, including impacts on everything from air, soil and water to birds, fish and humans.

But the IAAC identified dozens of areas in which Atlantic Mining NS Corp. needs to provide further information.

Those gaps include, but are not limited to:
While some of the recommendations are noted to be "standard advice," others targeted specific deficiencies in the company's report.

The Department of Fisheries and Oceans said the company's use of a 1980 document from Newfoundland and Labrador to assess the project's impact on fish habitat was "questionable."

The department also noted that since one area the company studied is inaccessible to Atlantic salmon, it "may not be the most appropriate or practical approach" to use Atlantic salmon as an index for the quality and productivity of the water bodies.

Environment and Climate Change Canada drew attention to the company's statement that the tailings management facility is positioned to limit interactions with fish-bearing water bodies to the "maximum practical extent."

"Maximum practical extent" is not an option, the department said, noting that if the tailings management facility is on waters frequented by fish, the company would be required to go through a separate amendment process.

The department also called on the company to provide a discussion on the possibility of metals leaching from waste rock piles.

A spokesperson for St Barbara, Atlantic Gold's parent company, said in a statement on Tuesday it's not unusual for project proponents to not meet the guidelines at this stage in the environmental assessment process.

"Non-conformity … should simply be viewed as a request by the agency's subject experts to add additional information," the statement said.

The company said it plans to meet with IAAC staff and provide all the required information shortly afterward.

The proposed mine would be in operation for six years, employing up to 200 people, the company has said.