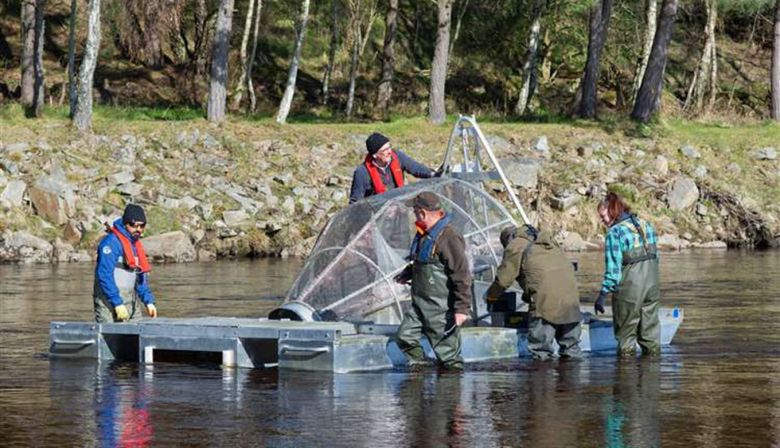 Smoltwheel being deployed on the Findhorn River
A local environmental group is part of a project to save salmon from extinction in the area’s rivers.

For every 100 young salmon that go to sea, only five return as adults.

And the numbers are dropping so dramatically that, at the current rate, the wild Atlantic salmon could disappear by the middle of the century.

Findhorn, Nairn and Lossie Fisheries Trust (FNLFT) has partnered up with the Atlantic Salmon Trust (AST) to work for the future of the species.

The Atlantic Salmon Trust is now in the middle of a three-year research project in Moray.

She said: "The tracking studies will provide us with vital information about the challenges our salmon face during their migration from river to sea, informing us of what actions are needed to better protect them." 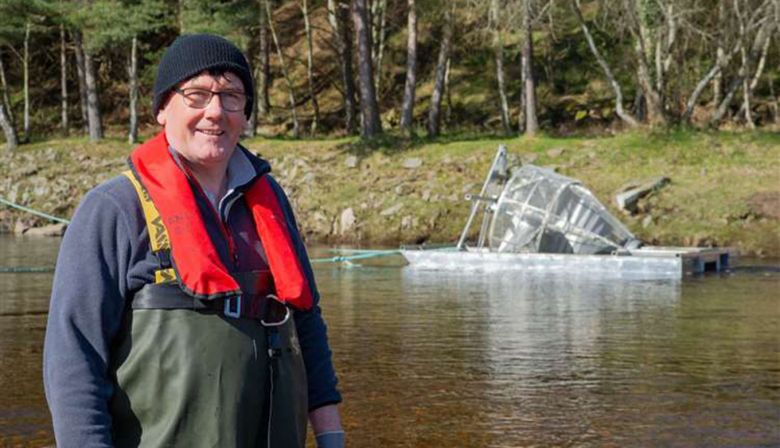 Bob Laughton of the Findhorn, Nairn and Lossie Fisheries Trust
As the project develops, the effect on the seal population of pedators such as seals and goosanders will be studied. Environmental factors that might also be affecting growth and survival of the salmon are also being considered, such as long periods of drought that lead to higher water temperatures in Moray's rivers.

Damien Grant (31) from Forres has fished the River Findhorn since childhood.

He said: "There are definitely less fish every year. The older generation down the river tell me the numbers have declined massively since the 1980s.

"Huge fishing trawlers catching them at sea, an over population of seals at Findhorn Bay, as well as dolphins eating them doesn’t help."