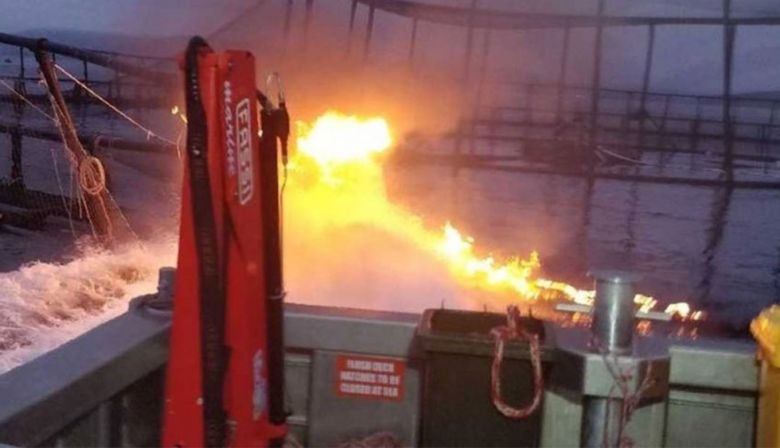 Fire engulfs the structure of the net-pen, allowing 50,000 farmed salmon to escape. Photo Huon
Fifty-thousand Tasmanian farmed salmon have made a dash for freedom after a rare fire in a commercial aquaculture enclosure off the island's coast.

Huon Aquaculture said the fire broke out early this morning, melting part of the pen and allowing the fish to give the company the slip.

"The fire damaged approximately a third of a pen, burning through and melting the pen infrastructure above and just below the waterline," the company said in a statement.

Company chief executive Peter Bender said in 35 years of fish farming he had never had an electrical fire on a fish pen and was "baffled" as to what had caused it.

"We are not ruling anything out at this early stage," he said, urging anyone with information to contact the company. 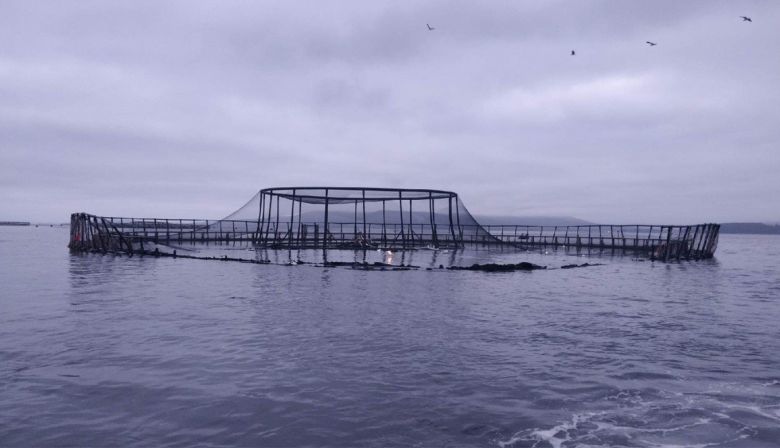 "Farmed salmon generally don't appear to feed on native species as they are typically used to feeding on fish pellets," he said.

Mr Bender said the future was bleak for the fugitive fish.

He said the "calm weather" had enabled crews to "thoroughly search the surrounding area including shorelines to retrieve any pen components that had come adrift during the fire".

The loss was calculated by counting the remaining fish at Huon Aquaculture's Zuidpool lease.

Salmon have previously escaped en masse from enclosures around Tasmanian waterways, leading to fishers reaping a bounty, if they can be caught — as farmed fish are unused to pursuing bait.

Tasmania Police said they were not investigating the fire.