Nov 25, 2019
Sir Jim Ratcliffe is reportedly the wealthiest man in the United Kingdom. 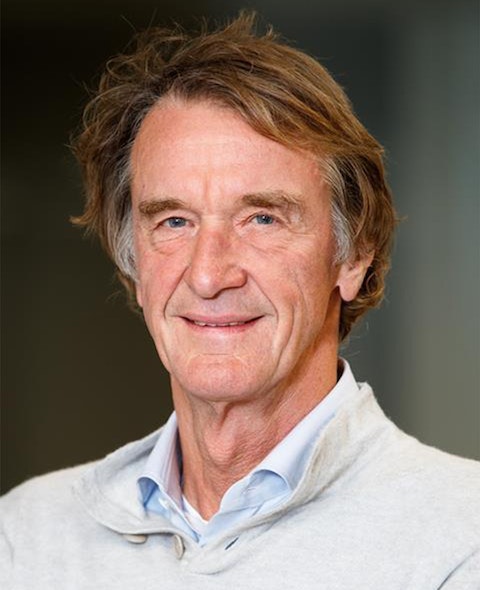 Sir Jim Ratcliffe. Photo from INEOS
ONE of Britain’s wealthiest men is investing in what is being described as the largest ever wild salmon conservation programme.

The project, launched this autumn with the seeding of eggs in Iceland’s rivers, is now being rolled out to the north-east of the country.

He said: ‘I am determined to do everything I can to help protect this magnificent fish which is getting perilously close to extinction.’

The programme hopes to plant eggs in the higher reaches of rivers that the salmon have been unable to reach in the past.

The aim is to open up new habitat and food resources to improve growth and survival rates in the early stages of the life cycle.

Extending the spawning areas and nursery grounds through the construction of new salmon ladders is also progressing as part of long-term plans to help Iceland’s salmon thrive.

The Miðfjarðará ladder was completed and opened last year and the salmon have already colonised the newly extended upper parts of the river, which adds 4.5km of new habitat for the young fish.

‘This work is so important to help extend the spawning grounds of North Atlantic salmon in north- east Iceland, which is part of our wider conservation programme across the region.

‘Working closely with the farmers and the local communities, we can build something sustainable and environmentally sound, that is a benefit to the local ecology and community, as well as maintaining this area as a world class fishing destination.’

In this round, eggs were planted in Kverká, Hvammsá, Miðfjarðará, Vesturdalsá and Selá. In addition, genetic and scale samples were gathered from the parent fish, which were then released. These areas will be revisited next summer after the eggs have hatched, and the results measured.

In addition to the contribution from Ratcliffe, all profits from Strengur are now being re-invested back into salmon conservation in the region.

Ratcliffe, a keen angler, has controversially bought up land in Iceland and owns extensive fishing rights in the north-east, including on the River Vesturdalsá.

Land purchase by foreigners is a hot topic in the country and the government is currently reviewing existing legislation, the Iceland Review reported earlier this year.