Jul 8, 2021
Alarm bells ringing for Atlantic salmon. An invasive species from the Pacific appears to take its place. Local regulators are introducing fishing bans in several rivers in the north Norwegian Finnmark region as fears grow over the future of the Atlantic salmon. 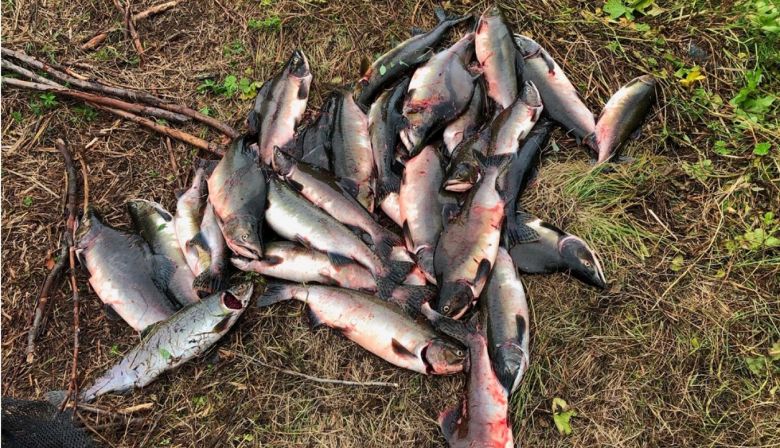 The local association is closely monitoring the situation and says the state of the precious salmon is worrisome across the region.

“We think it is sad to take this kind of dramatic measure, but the concern for the salmon stocks is what is most important,” the association says in a statement.

Fishermen and regulators across northern Norway are reporting similar problems.

In the Tana (Teno) river, Norwegian and Finnish authorities earlier this year announced that all salmon fishing is banned until further notice. The river that used to be one of the best and most famous salmon rivers in northern Scandinavia has over the last years experienced a dramatic reduction in stocks.

Locals on both Norwegian and Finnish sides of river despair. For many, the river is what gives jobs and livelihood.

“It is a radical decision that does not have the approval of the local people,“ local fisherman and politician Àslat Holmberg told the Barents Observer.

The reasons for the rapid decline in the Atlantic salmon stocks are complex and researchers and locals see several negative drivers, some of them connected with climate change.

One of the key negative factors is an explosive invasion of pink salmon, a species that normal inhabit pacific waters.

Fisherman and women now find staggering numbers of the unwanted fish in the rivers. Local measures are taken in order to prevent the pink salmon’s takeover, but the task is overwhelming. According to the local Fishing and Hunting Association in Sør-Varanger, traps in one of the local rivers in the course of only nine days caught as many a 2,700 pink salmons. In all of 2017, the number was only eight.

Most of the caught fish are destroyed. 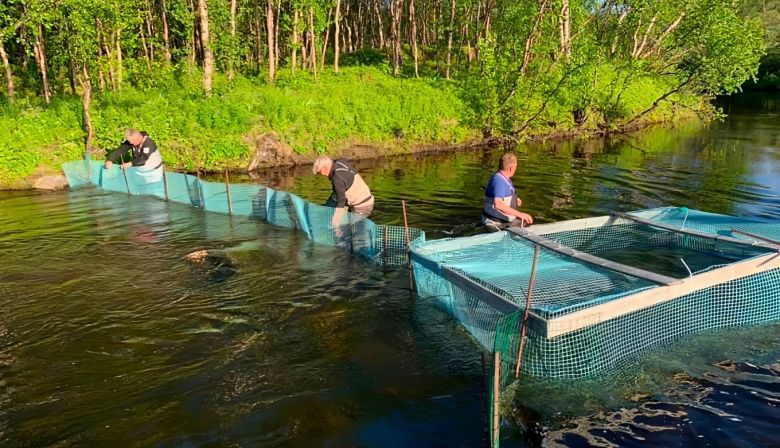 Local fishermen have established a trap in the Karpelva in fight against the pink salmon. Photo: Øystein Hansen, Sør-Varanger Fishing and Hunting Association
The pink salmon was artificially introduced by Soviet researchers in north Russian rivers in the 1960s. For several decades, the spreading of the species was moderate. Then, after 2015, it explosively multiplied and is now found along major parts of the Norwegian coast.

But the situation is most serious in the east Finnmark region and Norwegian environmental authorities now support local efforts to eradicate the intruder. Local fishing associations are getting funding to catch the fish.

“The biggest influx of the pink salmon happens in the rivers in Eastern Finnmark and this is where we want to concentrate our efforts,” says Ellen Hambro, Director of the Norwegian Environment Agency. “If we manage to remove most of the pink salmon from this area we will get a buffer zone towards Russia, which will be instrumental in preventing further spreading westwards and southwards,” she underlines in a comment.

But the volumes are now far too big to handle for the local groups.

In Sør-Varanger, the local fishermen are planning to install special traps with technology that efficiently separate between Atlantic salmon and pink salmon. But that will not come before in 2022.