May 6, 2020
Lincolnville land swap proposal seems ripped from the pages of Uncle Henry’s 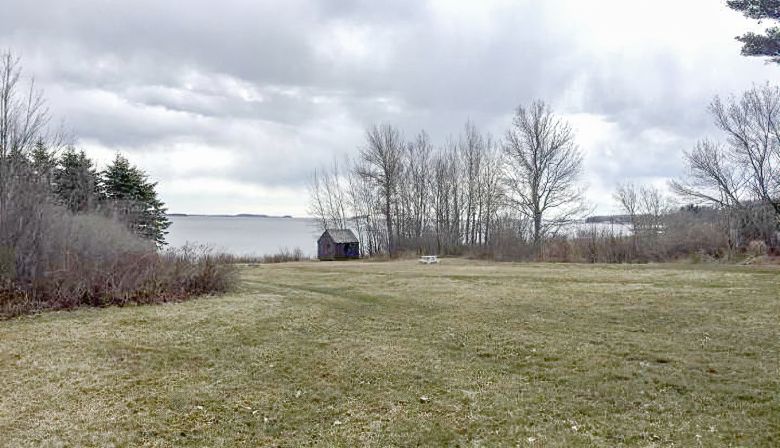 If voters approve a land swap at Lincolnville's upcoming annual town meeting, the town will receive this property on Penobscot Bay that used to be a private park. It's located close to the Northport town line.
Wanted to trade: 4 acres of oceanfront property, formerly used as a private park, in exchange for 68 wooded inland acres. It might sound like a swap deal ripped from the pages of Uncle Henry’s, but it’s an offer that Lincolnville residents soon will have the chance to explore.

The deal would be between the town, which owns the land on the Ducktrap River, and the Coastal Mountains Land Trust, a Camden-based nonprofit that recently acquired the parcel on Penobscot Bay. The oceanfront land has access to a stone beach and features a volleyball court, horseshoe pits, picnic areas, paths and more.

It used to be a private park associated with Point Lookout, the Northport property that originally was constructed as a corporate retreat about 20 years ago by credit card giant MBNA. But Point Lookout has changed hands several times, most recently last year, when it was purchased by a family that intends to live and farm on the upper portion of the property.

The coastal land was transferred to the land trust in March, but organization officials thought it would be a better fit if the town wanted to use it as a public park. In exchange, the land trust would like to have the Ducktrap River property, which would further its long-term goal of protecting the river corridor and habitat for a federally listed population of Atlantic salmon.

“At face value, I love the whole thing,” Lincolnville Selectman Jon Fishman said Monday at a town meeting held over Zoom. “I think it’s a win-win for the town, and the salmon and the river. The whole thing.”

Camden lawyer Alexander Gilmore gave the town of Lincolnville 120 acres on the Ducktrap River back in 1973. Six years ago, the town sold a portion of the property to the state of Maine, but kept 68 acres of wooded land that features some snowmobile trails and some hiking and cross country skiing trails, but not much else in the manner of development.

“We’re not actively interested in the parcel, apart from recreation,” said David Kinney, the town administrator. “Coastal Mountains have indicated they will allow the public to be using it as they have been using it. The town will have an opportunity to continue to enjoy it.”

After a short, mostly enthusiastic discussion about the swap, Lincolnville selectmen voted unanimously to pursue it. Selectmen David Barrows said he went to check out the parcel on the waterfront and figures it will need some work to “bring it up to code.” He’s interested in finding out how much money it would cost to upgrade and upkeep the property.

But it still seems worth exploring, he said.

“I was very impressed. It looks very nice, and usable. It looks like a great asset to the town,” Barrow said.

Because selectmen don’t have the authority to acquire or dispose of the property, voters must approve the trade.

As of now, town officials are hoping that can be done at the annual town meeting. It’s normally scheduled for June but is likely to be postponed until July because of the coronavirus pandemic.