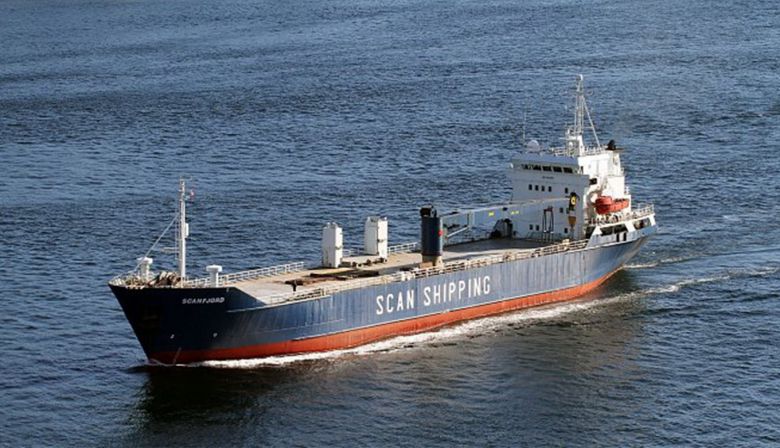 Scan Fjord crashed through a salmon farm site in Norway, resulting in an escape of 10,000 fish.
A man has been charged after thousands of salmon escaped when a cargo ship crashed into a fish farm in Norway.

The man, who is in his 60s and from the Faroe Islands, was charged under Norway’s Ship Safety Act.

He is alleged to have led the vessel “Scan Fjord” off the Nordre Raudøya in the Osen municipality, central Norway. In total, 10,766 salmon escaped from the fish farm.

“It is very regrettable that such an event like this leads to the escape of salmon,” the company who runs the fish farm, Bjørøya, said in a statement.

“Had the boat reported the accident, the note would have been secured within a short time. Then it probably wouldn’t have escaped fish.”

A statement from the Trøndelag police chief, which SalmonBusiness has access to, said a cage in the fish farm sustained “extensive damage”.

It adds: “In this connection, he [the man] did not provide sufficient look and safe navigation so that he discovered a fish farming facility on the site belonging to Bjørøya AS too late and forcefully brought the vessel into cage # 10 in the facility.

“The cage sustained extensive damage in the collision, including a cracked note.”

A court case has now been scheduled for the incident where the punishment will be up to NOK 30,000 (€3,000) or up to 25 days imprisonment if he receives a sentence.

Bjørøya CEO Ståle Ruud told SalmonBusiness that the company does not want to comment on the charges.