ME commission may reject rezoning for Pickett Mt mine

Oct 8, 2021
Staff at Maine's Land Use Planning Commission say a zoning change needed for a proposed metals-mine in the Katahdin area should be denied. 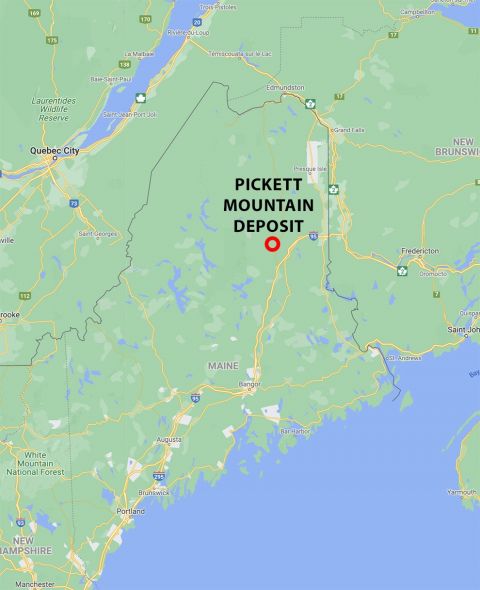 Proposed Pickett Mountain Mine
Wolfden Resources, an Ontario-based investment group, says the underground minerals mining and processing project could generate almost $700 million dollars and create 300 jobs. The mine would be located near Pickett Mountain, in the Katahdin region.

Wolfden applied to the state Land Use Planning Commission for a zoning change that would be needed to site a mine in the remote 650-acre parcel. After several requests for revisions and more details, staff at the Land Use Planning commission on Thursday recommended the application's rejection.

In their filing, staff cited Wolfden’s "continued failure to provide sufficient information for the Commission to make necessary findings within the applicable deadlines." A LUPC spokesman declined comment, pending the final decision by the agency's citizen board.

But Nick Bennett, staff scientist at the Natural Resources Council of Maine, says regulators have little choice but denial, given the tough requirements of mining rules the Legislature passed in 2017, after over-riding a veto by Governor Paul Lepage.

"They were proposing putting their mine in the shadow of Mt. Katahdin, Baxter State Park, Katahdin woods and Waters, three incredible heritage brook trout waters and right in critical habitat for endangered Atlantic salmon," Bennett says.

In a statement, Wolfden CEO Ron Little says the company is reviewing its options. The LUPC is scheduled to act on the staff recommendations later this month.