Sep 22, 2021
Partners behind the effort to eradicate invasive smallmouth bass from the Miramichi watershed pause operation until 2022. 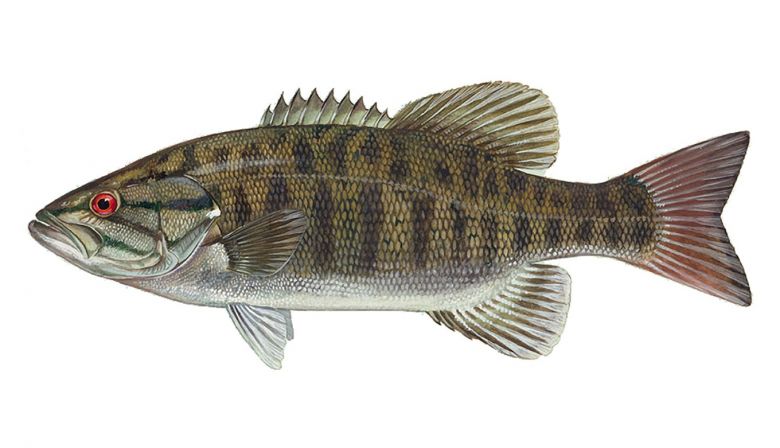 Smallmouth Bass are an invasive species that needs to be removed from the Miramichi watershed to safeguard the future of Atlantic salmon.
FREDERICTON - More than four weeks since the effort to eradicate invasive smallmouth bass from the Miramichi watershed was interrupted by people paddling canoes in the project area, Working Group partners have decided to suspend operations until 2022.

On August 17th, after years of planning, permitting, engagement, and Crown-led consultation, the Working Group was ready to apply a Health Canada approved rotenone product to eradicate invasive smallmouth bass from Miramichi Lake, Lake Brook, and 13.6 kilometres of the Southwest Miramichi River. There were 120 professionals and trained volunteers in the field and all supplies and materials were in place.

Faced with people intent on stopping the project, and unable to resolve the situation quickly, after holding the team in a hotel for two-extra days, project leaders pressed pause in August to regroup. Since then, community meetings have been held in four New Brunswick Maliseet First Nations to share information and answer questions.

“As we're working to demonstrate the necessity of this project and explain the careful planning we've done, we’re also faced with a fast closing weather window,” said Jim Ward, general manager of the North Shore Micmac District Council, a member of the Working Group on Smallmouth Bass Eradication in the Miramichi and the project proponent. “Returning in 2022 is the best choice given the circumstances.”

The first known occurrence of invasive smallmouth bass in the Miramichi watershed was recorded in 2008. Widely introduced, often illegally, outside their native range in the U.S. Midwest, smallmouth are notorious invaders that can alter ecosystems by preying on and competing with native species.

If smallmouth are not eradicated in the Miramichi, they will eventually colonize most of the 13,500 square kilometre watershed. Currently, physical and molecular surveys show they are concentrated in a small part of the project area.

The Working Group will use the coming months to continue engaging with all rights holders and the public.

“It’s unfortunate, because the project could be complete now,” said Robyn McCallum, President of the Miramichi Salmon Association and co-chair of the Working Group. “However, the effort and planning that got us close to the finish line in 2021 sets us up to complete the work next year. The future of the watershed depends on it.”

About the Working Group on Smallmouth Bass Eradication in the Miramichi

About the Working Group