MLA on proposed New Brunswick mine: ‘I do not support it’

Feb 22, 2019
... the proposed tailings is the cheapest, most dangerous way of dealing with that issue ...
RICK DESAULNIER” 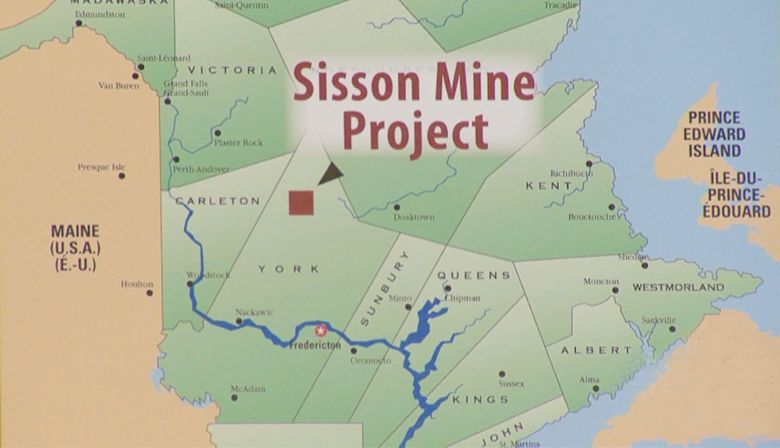 A New Brunswick MLA says he’s opposed to the current plans for an open-pit mine proposed in his riding.

Recently elected Fredericton-York MLA Rick DeSaulnier said he’s against a plan that would see 1.74 hectares of fish habitat used for tailings ponds as part of the construction of the Sisson mine, about 60 kilometres north of Fredericton.

“I think they [Northcliff Resources] could have done better and I’m disappointed, and I’m also a little bit biased because I grew up on the Nashwaak River and at one point in my life I was a very avid hunter and fisherman and the proposed tailings is the cheapest, most dangerous way of dealing with that issue ... and I do not support it,” DeSaulnier said in an interview Thursday.

DeSaulnier said he would feel better about the project if it considered “dry-stack” tailing, in which mining waste is trucked away in solid form, rather than using waterways as tailings ponds.

In June 2017, the federal government approved the $579-million Northcliff Resources tungsten and molybdenum mine. The mine is projected to create 500 short-term jobs during the construction phase and 300 long-term jobs during its 27-year lifespan.

However, the project has since met opposition from Indigenous and conservation groups, with the Wolastoqiyik Mothers and Grandmothers advocacy group setting up a permanent camp on the site, deep in the woods, in protest.

“I believe in responsible energy resource management and ... development but this appears to me it’s not the most responsible way of doing that,” DeSaulnier said.”I wish they had chosen the dry-stack tailings method and then I would be inclined to support it.”

DeSaulnier’s concerns follow similar qualms he voiced against lifting the moratorium on fracking - something he eventually voted in favour of in November, siding with the rest of his Alliance legislative members and Tory MLAs, to allow communities who want to pursue shale gas development to do so.

Greg Davidson, a spokesperson for Northcliff, said the mine’s tailings storage facility will be designed, constructed, operated, maintained and decommissioned in accordance with “the current guidance” from the Canadian Dam Association.

Davidson said an independent tailings review board will also function for the project’s duration in order to evaluate the design, construction and performance of the tailings storage facility.

“The [independent tailings review board] will report regularly to New Brunswick’s Department of Energy and Resource Development and Department of Environment and Local Government to support their regulatory oversight of the Sisson project,” Davidson said. 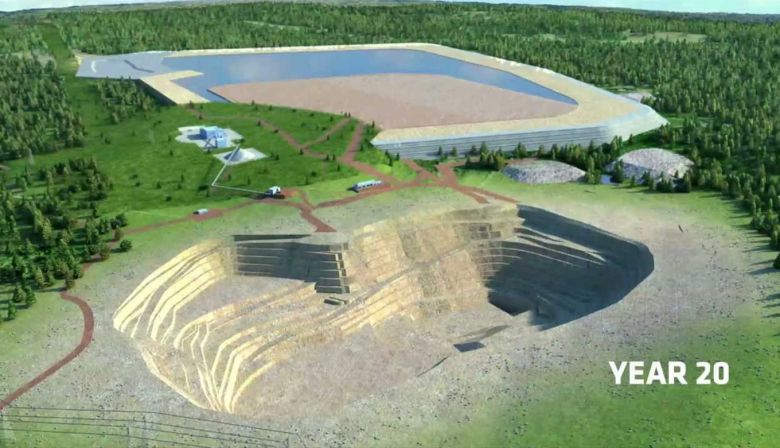 The Sisson Mine proposal includes a tailings pond system that is raising alarm among First Nations and environmentalists.
On Feb. 16, Environment and Climate Change Canada posted proposed amendments to the Metal and Diamond Mining Effluent Regulations, which would allow the company to use an 8.4-kilometres portion of Bird Brook and its tributaries - amounting to 1.72 hectares - as a tailings pond for storing the wastewater produced from mining operations.Another amendment to the regulation has been proposed, which would see a 155-metre tributary to West Branch Napadogan Brook, amounting to 0.02 hectares, also be used as a tailings pond, according to the regulatory impact analysis statement posted by the federal environment department.

“The proposed tailings storage facility would result in the loss of portions of Bird Brook and a tributary to West Branch Napadogan Brook, which are frequented by fish,” the department said in its regulatory impact analysis.“

The species that are found therein consist of brook trout, slimy sculpin, American eel and Atlantic salmon,” says the department.

Environment and Climate Change Canada said on its website it wants to hear feedback on the proposed changes to allow the use of 1.74 hectares of fish habitat as tailings ponds.The general public has until March 18 to provide comments on the proposed regulation changes.