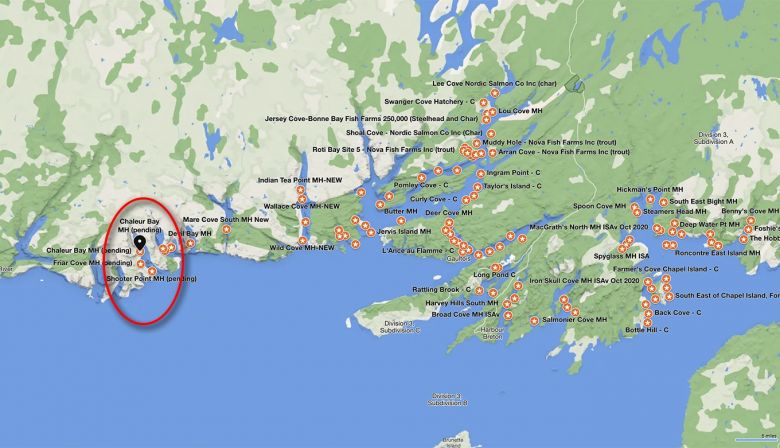 Die off in early autumn 2021 affected sites at western edge of the south coast NL industry
The Norwegian-based salmon farming corporation MOWI is putting the brakes on plans to expand operations in Newfoundland and Labrador.

The decision comes as a result of the company’s third-quarter report, issued Nov. 10, which showed the salmon die-off on the south coast of Newfoundland in September cost the company $5.5 million EUROS ($7.9 million CDN).

In its initial report to the provincial government on Sept. 11, the company estimated 92,700 dead fish from its sea cage sites in the area known as The Gorge on the south coast.

Later, the company said nearly half a million of its salmon — about 1,300 tonnes — had died, due to a sudden drop in oxygen levels at the farm site.

“It’s no secret that we have faced a string of unfortunate biological incidents since taking over Northern Harvest in 2018, particularly in the Newfoundland area,” CEO Ivan Vindheim told investors in a video presentation of the third-quarter report.

“There is definitely still a lot to prove for this business unit.”

While growth is one of the three key pillars for MOWI, he said, biology is the law.

“We are temporarily holding back on our growth ambitions in the Newfoundland area until we have reached satisfactory stability, both operationally and financially.”

Earlier this year, Mowi had to stall its plans for expansion of its hatchery at Stephenville after a court ruled the province did not follow its environmental assessment process when it decided to approve the company’s plans.

The company’s challenges in Canada in 2021 didn’t end there.

On the west coast, a plankton bloom in the Quatsino area of British Columbia is cited as a factor in a $5.5 million EUR loss.


Mowi was also impacted by the federal Department of Fisheries and Oceans decision to shut down open-net pen salmon farming in the Discovery Islands of BC.

Earlier this year, Mowi said it hoped to maintain a 30,000 gutted-weight tonnes (GWT) operation in Canada West, but would lose about 10,000 GWT in 2022 because of the government’s order to aquaculture companies to have 19 sites in the Discovery Islands harvested and cleared by June 2022.

The company also had a mass-mortality event at its sites in Bantry Bay, Ireland, with a die-off of around 80,000 salmon valued at $2.4 million EUR.

Abnormally-high water temperatures — as much as 13 C from a normal average of 11.5 C — are thought to have been a contributing factor.

Despite these challenges, Mowi had a record-breaking third quarter thanks to healthy growth from its Norwegian and Scottish operations, and strong consumer demand.

That meant record-high revenues of over $1 billion (US) for the third quarter, an increase of $59 million compared to the third quarter for 2020, enabling Mowi to pay dividends totalling $73 million Euros for the quarter. 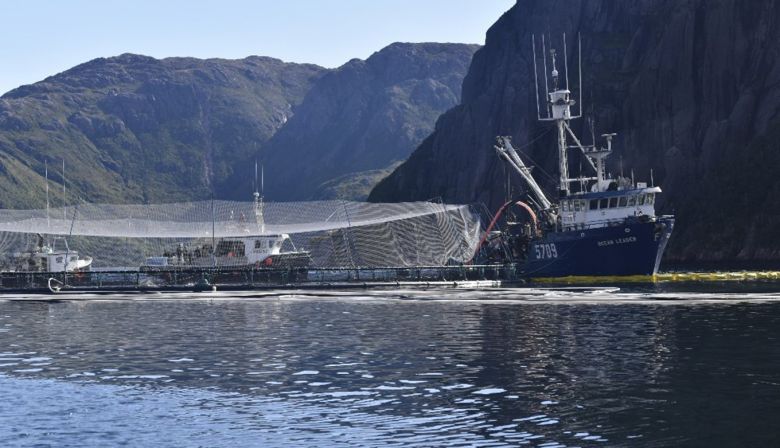