US News and World Report

Nov 22, 2019
The Maine Department of Marine Resources has reported a total of 1,196 Atlantic salmon, which could be the highest number counted in eight years. 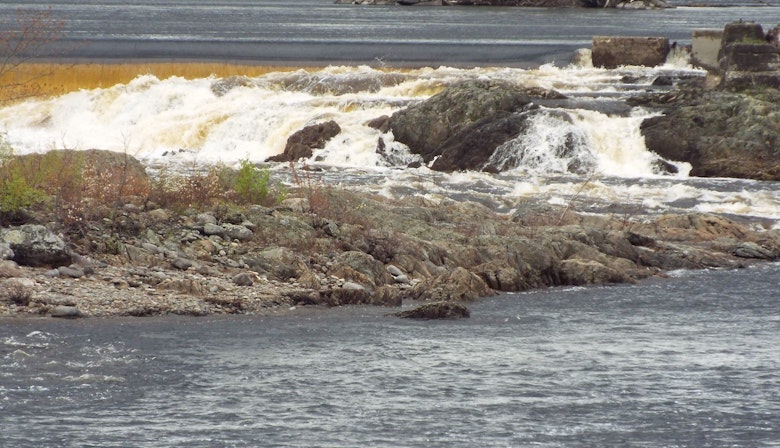 The Milford Barrier has a fishlift. In 2019 some Atlantic salmon also succeeded or attempted to pass over the barrier itself during periods of higher water.
MILFORD, MAINE (AP) — The Maine Department of Marine Resources says a tentative figure of 1,196 Atlantic salmon returned this year to the Penobscot River — the biggest number in eight years.

Fish lifts reported tentative totals of 1,152 at Milford and 44 at Orono. That would be the highest number of fish counted since 3,125 were counted in 2011.

A marine resource scientist for Maine, Jason Valliere, said the trap counts don’t reflect how many fish returned to the Penobscot river and that the final estimate will be released in 2020 after an additional count is added.

The Bangor Daily News reports that Atlantic salmon is listed as an endangered species and fishing for them is prohibited.

Copyright 2019 The Associated Press. All rights reserved. This material may not be published, broadcast, rewritten or redistributed.