Nov 28, 2019
Many more power dams are planned, and some include areas where Atlantic salmon are in decline. Many existing power dams already are a major factor for salmon. 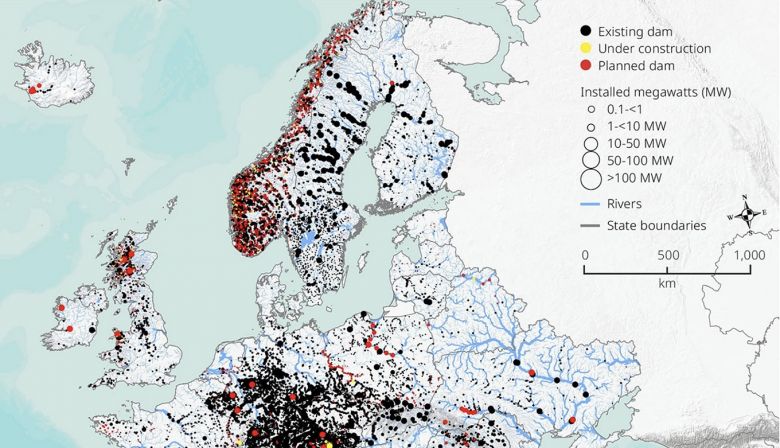 In northern Europe, especially Norway, the number of new hydro dams proposed is alarming when Atlantic salmon runs appear to be on a decline.
Europe’s last free-flowing rivers could be fatally disrupted if a new generation of hydroelectric dams are built, experts have warned.

More than a quarter (28%) of new hydropower plants are to be constructed in nature reserves, with many planned in the Balkans, home to some of Europe’s last free-flowing rivers.

Rivers in western and central Europe are already strewn with tens of thousands of manmade barriers such as dams, which have fuelled the steep decline in freshwater fish, such as salmon, trout and eels.

The study, which claims to be Europe’s first inventory of hydropower, found that 8,507 new plants are planned for the coming years, adding to the 21,387 on the continent. A further 278 plants are already under construction, according to the research, which was commissioned by four NGOs.

“We are facing nothing less than the end of free flowing rivers in Europe, if we don’t stop this dam craze,” said Ulrich Eichelmann, the chief executive of RiverWatch, one of four environmental NGOs that commissioned the study. “Under the label of “green energy”, the hydro lobby and political decision makers are about to destroy Europe’s last remaining rivers and streams, and with it an enormous amount of plant and animal species,” he said. “We don’t need any additional new hydro dams in Europe.” 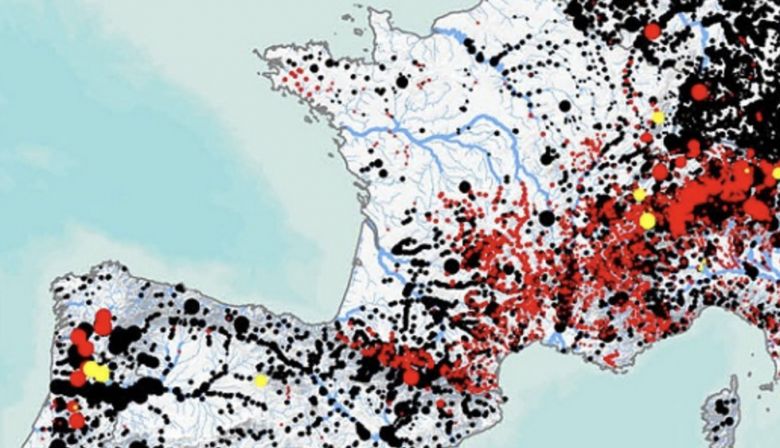 Both existing and newly planned hydro dams in Scotland, France and Spain are a major threat to Atlantic salmon runs.
Eichelmann said the quality and diversity of rivers in the Balkans was “unparalleled”, while in central and western Europe hydropower dams have already had a huge impact “to the extent that many of us don’t know what a living river looks like”.

He described the Vjosa river, which runs from Greece to the Adriatic Sea as “the last big wild river in Europe” and said it was “highly threatened” as a result of hydropower projects planned in Albania.

Academic research has found that up to 30 freshwater fish species in the Balkans face extinction if all planned hydropower projects in the region go ahead. At risk are the Greek brook lamprey, the marble trout and a variety of zingels, a fish that thrives in fast-flowing waters. “We must understand that the already high demand for water resources, especially in southern Europe will be exacerbated by such large-scale hydropower exploitation, resulting in a deadly combination for freshwater diversity,” said Steven Weiss, an associate professor at the Karl-Franzens university of Graz. Weiss, who has carried out separate research into the threat to wildlife posed by dams, provided a comment to the NGO team.

The report was published as new European Union leaders prepare plans for a “European green deal” that will lead to an expansion of renewable energy, with the aim of reducing greenhouse emissions to net zero by 2050.

The NGOs argue that Europe is already “saturated” with dams and insist hydropower should not be considered as a form of green energy.

Even small dams can have a dramatic impact on wildlife, by preventing fish from migrating to spawning grounds. Hydropower dams have been linked to a decline in salmon, trout, eel and sturgeon by the European Environment Agency. According to the agency, dams and reservoirs also trap sand in certain places, fuelling coastal erosion or flooding elsewhere.

WWF, another of the NGOs that commissioned the report, said hydropower was one of the biggest obstacles to meeting EU targets on healthy rivers.

Under EU water legislation, all rivers, lakes, coastal and groundwater must achieve “good” ecological status by 2027 at the latest, an extension on the original 2015 target.

Currently only 40% of surface waters are deemed to have good status, according to the latest report by the EU executive, which highlighted problems of pollution and human activity that disrupts the flow of rivers.

The NGO study highlights that many planned plants will produce relatively little electricity. “Small hydropower plants come with a large ecological impact because they are numerous and disrupt river continuity, whilst contributing minimally to electricity production.”

Hydropower is growing more slowly in western Europe, including in Scotland and Norway. In Switzerland, which makes intensive use of the technology, operators want to harness melting glaciers to create a new model of “periglacial hydropower plant”. But the most rapid expansion is forecast for south-eastern Europe and Turkey.