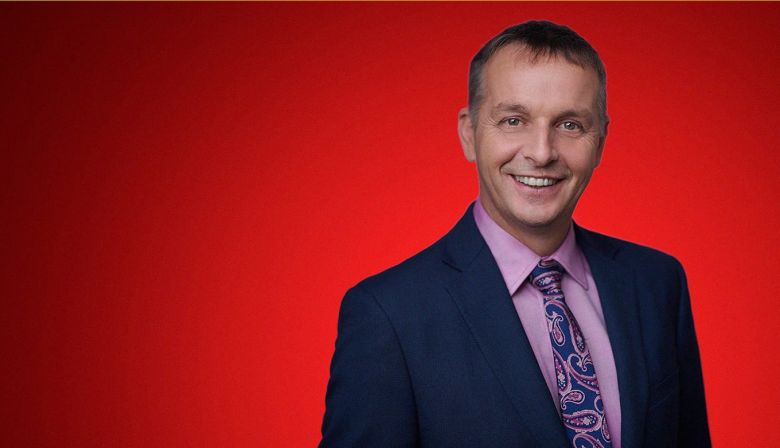 Derrick Bragg, newly appointed Newfoundland and Labrador Minister of Fisheries, Forestry and Agriculture.
The Canadian province of Newfoundland and Labrador (NL) is moving ahead with yet another salmon aquaculture expansion effort in spite of some recent setbacks in the industry and opposition, new fisheries minister Derrick Bragg has made clear in a recent interview.

As soon as the fall of 2021, NL's Department of Fisheries, Forestry and Agriculture (DFFA) is expected to announce which company will be granted licenses to move into the area known as Bay West along the southern coast of the province. DFFA, in October, announced that it was soliciting expressions of interest for about 160 kilometers of coastline, starting west of Bay de Vieux, near Grey River, and running to La Poile Bay.

The area is capable of producing about 15,000 to 20,000 metric tons of Atlantic salmon, however, it is remote, "lacking infrastructure, such as wharves, storage facilities and roads", the province said in its request for proposal.

"Proponents will need to undertake extensive planning and significant investment in order to expand in this region and will need to demonstrate ability to address these logistical and geographical challenges", it warned.

Bragg, who succeeded Elvis Loveless as the province's minister of fisheries on April 8, recently told Jane Addey on CBC's The Broadcast that he believed the area "is an opportunity with potential for growth for the province". And he rejected the notion that NL needs to take notes from British Columbia (BC), another Canadian province currently moving toward the elimination of its net-pen industry.

"What's going on in BC has no effect whatsoever with what's going on in Newfoundland," Bragg told Addey. "... We're bringing in our regulations and our rules. We want to be stringent. We want to grow this industry. We want to [promote] sustainability in our province. We're not close to meeting the demand for finfish in the world or Canada for that matter ... We're not going forward with blinders on. We're going with our eyes wide open."

The Liberal-led NL government has repeatedly expressed optimism about the growth of the salmon net-pen industry in the province, suggesting in a 2019 report that production would exceed 50,000t per year by 2024. Norweigan aquaculture company Grieg NL has been preparing to farm salmon in NL's Placentia Bay, projecting to harvest 15,000t/year by 2025 and 45,000t/year in the future.

But NL's salmon industry, which currently is concentrated in the Bay d'Espoir and Fortune Bay areas, has confronted problems with sea lice, infectious salmonid anemia and a high rate of mortalities in recent times. Its production numbers have been going backwards.

The numbers were hurt significantly by a massive mortality event that killed 2.6m salmon being raised by Mowi in late 2019 and led to an overall 34% mortality rate that year. In 2020, the NL salmon industry experienced a better but not good 20% mortality rate, Undercurrent found in a recently published special report.

Also, several conservation groups have blamed the net-pen salmon industry and reports of numerous escapes for the shrinking number of wild salmon in the area, though Mark Lane, executive director of the Newfoundland Aquaculture Industry Association, has continued to discount the relationship.

"There is no data or research to conclude that aquaculture is a definitive, contributing factor for salmon decline," he is quoted by the CBC as saying. "What we do know is that industrialization, habitat loss, overfishing, interceptory fisheries from Greenland, St-Pierre-Miquelon ... and catch and release kills wild Atlantic salmon."

Bragg told the CBC's Addey that he doesn't believe escapes are a problem.

He also pointed to the type of salmon that'll be raised by Greig in Placentia Bay.

"They're getting into the triploid fish," he said. "Triploid fish will not mate, will not spawn with any natural fish. They're non-gender and they don't reproduce."