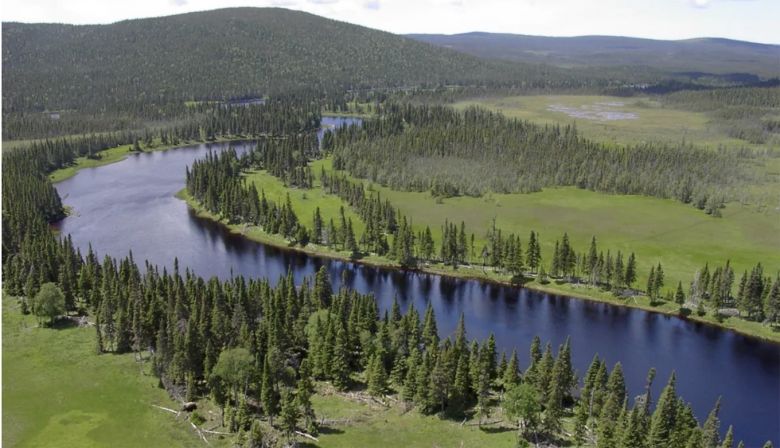 Main River watershed has some of the best preserved old growth forests and was supposedly protected under a 2001 agreement. Photo Lem Mayo
As criticism mounts over Newfoundland and Labrador government's decision to allow an ATV trail in a protected watershed without full public consultation, the minister responsible for the area is vowing to make changes so that it can't happen again.

Steve Crocker, minister of tourism, culture, arts and recreation, told CBC News on Monday the regulations involved haven't been updated since at least 2001, and it's time to review them.to improve transparency.

"I want to see what's in those regulations that haven't been updated for more than two decades, and see how we go forward," Crocker said.

In 2019, the minister in charge of Newfoundland and Labrador's provincial parks at the time used his authority to grant an outfitter's request to build a one-kilometre ATV trail almost entirely within the boundaries of the Main River Waterway Provincial Park, an area of largely untouched wilderness and old-growth forest on the Northern Peninsula.

That approval went against a stewardship agreement for the park that bans ATV use inside its borders, and also let that portion of the trail skip the environmental assessment process, which allows the public a chance to weigh in on potential projects.

An environmental assessment was filed in late 2020, and later withdrawn, since the trail had been given that ministerial green light. The small portion of the trail falling outside park boundaries was deemed not worthy of any further assessment.

Crocker, who took over the provincial parks portfolio when Premier Andrew Furey announced his new cabinet earlier this month, said he has asked department staff to compile information about the regulations involved in allowing the ATV trail.

It's unclear whether the entire ATV trail has been completed. Regardless of its status, one conservation group said it shows a "slippery slope" to opening up the protected area to ATVs, and raises questions over how much protection provincial park boundaries provide.

Roberts' Outfitters declined an interview with CBC about its ATV trail. But in the withdrawn environmental assessment, as well as government correspondence obtained in an access-to-information request filed by the federation, the company cites money as the motivating factor to build the trail, to save the costs of flying in clients and equipment.

Sutton said allowing one company a trail opens the door for others. 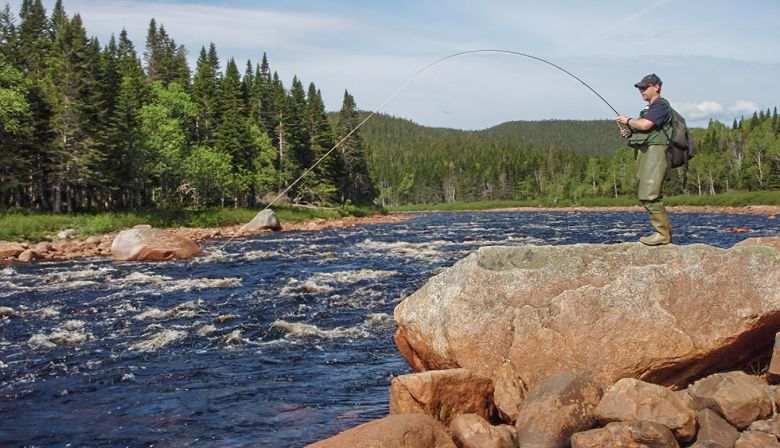 Angler Jim Sutton, like others, is attracted by the wilderness qualities of the Main River. Steve Sutton/ASF
"If they now see this outfitter having a competitive advantage … what happens if they come in and say, 'Well, we want a trail now too?' How is the government then to say no to that?" he said.

According to a 2019 email briefing for the then parks minister Bernard Davis, allowing the one ATV trail "could result in a similar request from the second outfitter in the park."

Crocker said "outfitters are great conservationists" who would not act to destroy the environment, and that the area delineated for the trail was on mineral soil, rather than sensitive wetlands.

"They want to protect their environment because their businesses are built, you know, in lots of cases on their location and what they can offer," said Crocker.

The prevailing rationale for the provincial government to allow the trail, said Crocker, was to combat illegal ATV use, which he said has been rising inside the park since a Nalcor transmission line was built on its outskirts a few years ago.

"The reality here is it's very difficult to police," he said.

In a 2018 email, the head of the parks division, Sian French, wrote, "We are already seeing evidence of illegal ATV use on the wetlands in the park, despite park boundary signage advising ATVs are prohibited," and staff had "debated a lot" about whether to recommend a trail, with continued illegal use proving to be the tipping point.

Sutton disputes that, saying that before the outfitter asked for the trail, his group had no indication more ATVs were in the area, nor any sense that department had looked for other ways to fight it.

"It seems like this was a rationale that's given for allowing somebody to do a favour for somebody else, and get a trail in where one shouldn't be," Sutton said.

Crocker said irresponsible ATV use is a problem throughout Newfoundland and Labrador.

"Trying to police the backcountry in this province is not easy. There's a lot of responsibility here to ATV owners to be responsible as well," he said.

The ASF has fought the provincial government in court successfully in the past over the environmental assessment process.

Sutton said there's a strong argument that the entire trail should have been put through those paces but his group will likely not pursue what could be a costly battle for little reward.

"The problem here is, of course, the trail is almost all complete. And so by the time we got to court, this thing would be complete," he said.

Instead, Sutton said, he and his group want to ensure what happened in Main River doesn't occur elsewhere.

"We have very few salmon rivers, not only in Newfoundland and Labrador, but right through the Atlantic and Canadian provinces that have the kind of protection that the main river watershed has," he said.

"And so we feel it's very important to stand up and defend that, from any sort of incursion that sets a precedent that then makes it easier to continue to do these things."