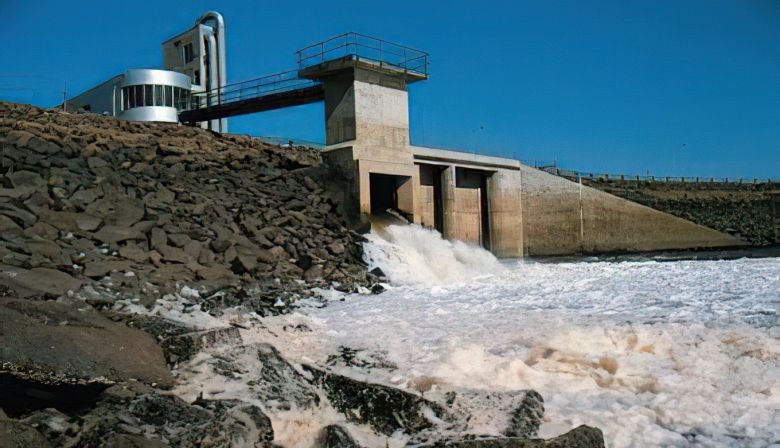 The Annapolis tidal power station and its associated causeway have been a major barrier to fish migration plus an environmental watershed issue since construction. Now NB Power wants to remove the tidal station. The configuration of the barrier after the station decommissioning has not been detailed.
Nova Scotia Power has decided to pull the plug on North America's only tidal power generating station and wants its customers to pay $25 million over the next decade to write off the asset.

The utility says the decision to permanently retire the 37-year old Annapolis Generating Station in Annapolis Royal, N.S., was due to the failure of a "crucial component" in the generator and an authorization required by the Department of Fisheries Oceans after it determined the facility caused serious harm to fish.

The station, which produced enough electricity to power 4,500 homes, stopped operations in 2019 after the generator failure and the order from DFO, also issued that year.

"When these two events were evaluated in the ongoing review, NS Power determined that the Station had run to failure and should be retired and decommissioned," the utility told the Nova Scotia Utility and Review Board in an application filed last week.

Prior to its decision to retire the tidal plant, Nova Scotia Power spent $13 million between 2012 and 2018 to keep it going.

The generating station had been a tourist destination in Annapolis Royal, but Mayor Amery Boyer is not surprised by the decision.

"Would it affect Annapolis Royal as a destination? Well, you can't say no. It was a draw, but it's not the only draw and people did see this coming," Boyer told CBC News Tuesday.

"It was an experimental facility. You couldn't depend that it would always be there or that somebody would replace it after its useful life. There's been so much evolution in tidal over the years."

The company has applied to the Nova Scotia Utility and Review Board to recover the $25.8 million current value of the plant from ratepayers through yearly amortization payments of $2.8 million from 2021 to 2030.

"Allowing NS Power to amortize the unrecovered capital investment over a ten-year period reduces the cost pressures associated with the decision to retire the Annapolis station in the best interest of customers," NSP said in its application.

A subsequent application will be made for approval of the decommissioning costs.

The company evaluated several options for the station including decommissioning, life extension, and modernization and new technology. It said decommissioning was the cheapest.

The purported savings are also blacked out in the application, which was posted by the NSUARB on Monday.

Nova Scotia Power said electrical output has been declining due to work shutdowns since 2012.

The sluice gates, the fish passage and the causeway over the Annapolis River will be returned to the Nova Scotia government under the terms of a 1984 agreement.

Nova Scotia Power said it cannot answer questions while its application is before regulators.

In a statement, spokesperson Jackie Foster said: "We remain committed to producing renewable energy that is reliable and affordable for our customers."