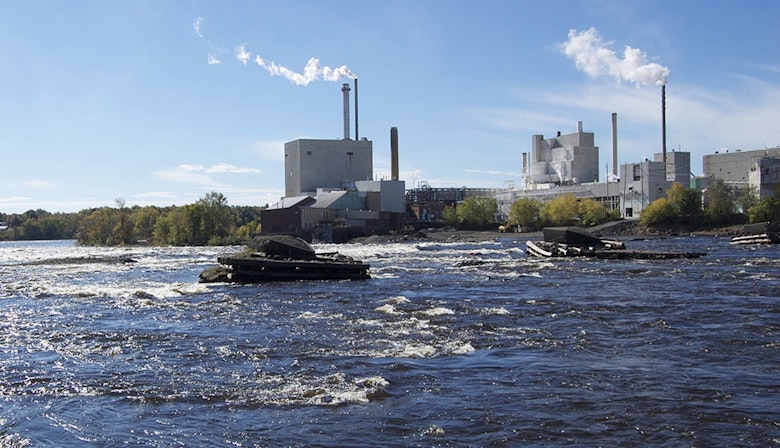 Paper Mill in Old Town that released effluent is adjacent to the Great Works Dam that ASF and partners worked for years to remove, and to improve habitat and passage for migratory fish. ASF photo
The Maine Department of Environmental Protection says the ND Paper Mill in Old Town violated state and federal laws when it spilled more than 30,000 gallons of pulping chemicals into the Penobscot River earlier this month.

The spill of highly caustic chemicals resulted in the death of about 50 fish. DEP’s Brian Kavanah says these days, any fish kill is significant.

DEP has been working with the company to clean up the spill. Kavanah says it’s likely the result of failures in old plumbing and storage tanks.

“A variety of things, but I think it was old infrastructure that failed, that is probably the biggest cause. And that went undetected until this leak occurred, and the high pH was detected in the intake water in the river,” he says.

A spokesperson for ND says the mill immediately ceased operations after the spill was discovered on Oct. 7. After initiating repairs, production began to resume Oct. 17.

Kavanah says the company may face legal repercussions once the spill is contained.