Feb 4, 2020
Plan would see all fish in the 600 acre lake poisoned to eradicate invasive bass
An environmental scientist says Miramichi Lake must be restocked after its fish are poisoned in a plan to eradicate smallmouth bass, an invasive species viewed as a serious threat to endangered Atlantic Salmon.

Michael Van Den Heuvel, a University of Prince Edward Island biologist and co-author of a report on the project, said without restocking, the lake will never be the same.

His comments come in the wake of the release of a Department of Fisheries and Oceans scientific review of his report on the plans to use the fish killer rotenone in Miramichi Lake.

The treatment, planned for this coming September, would kill all fish in the lake along with the smallmouth bass as a way to reduce threats to Atlantic salmon in the nearby Miramichi River, which links to the lake via a small stream.

Van Den Heuvel's report proposed to capture and set aside thousands of native fish before the poisoning, as a way to repopulate the lake weeks later once the rotenone had dissipated.

The DFO review casts doubt on whether the restocking plan will work and questions the need to try to save some of the fish, suggesting the recolonization of the lake would occur naturally over time.

It suggested the recovery of the native fish populations could be studied to provide information for future cases where invasive fish must be eradicated.

"In my opinion, when you do something that is nuclear in magnitude, you do have a responsibility for the restoration of the system as much as possible," said Van Den Heuvel, who is UPEI's Canada research chair in watershed ecology.

Van Den Heuvel said he's worried the recommendation not to replace the fish is being made as a cost-saving measure.

He also says as many of the tens of thousands of dead fish in the lake as possible should be collected immediately afterward to avoid serious problems for cottage owners the following summer.

He believes the rotting fish could create a biological hazard for as long as a year.

She is part of a committee of cottage owners on the lake.

She believes the plan is being rushed, and questions why the salmon conservation groups behind it waited until Jan. 26 to consult with the 16 families who have had cottages there for decades.

She says they are calling for an Environmental Impact Assessment of the plan.

"We're concerned that it be done properly, safely, and that our lake be restored," said Foster.

"Obviously our number one wish would be that they don't go through with this. But we're trying to be realistic and understand that, obviously the declining population of the salmon is a concern."

She's also concerned for the safety of many children using the lake.

"Our concern is, if for a year it's not safe to drink that water, we certainly shouldn't be sending kids in there to swim," said Foster. 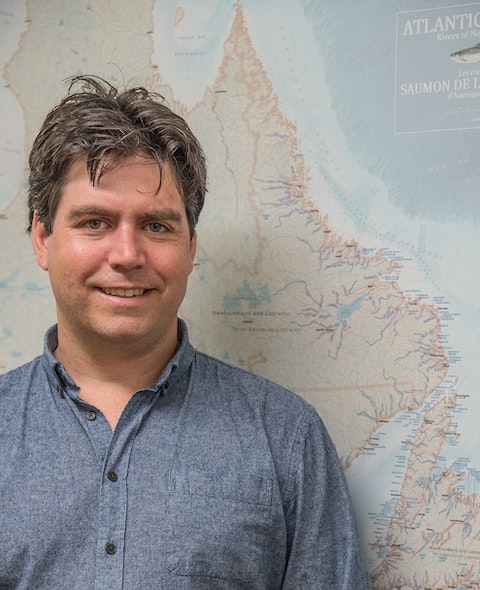 But he says it's critical that the smallmouth bass are eradicated from the lake this fall.

He points out some of the fish have already made their way to the river.

"They are voracious and they out compete trout and salmon," said Crabbe. "I don't think there's any question about what the impact would be of those fish establishing themselves in the Miramichi."

Crabbe says tens of thousands of people living throughout the Miramichi watershed depend on the health of the Atlantic salmon population.

Other groups supporting the rotenone plan include the North Shore Micmac District Council, and the Miramichi Salmon Federation.

Crabbe says the final decision on whether to restock the lake has not been made and the salmon groups want to take "some direction" from the cottage owners on the issue.

EIA or no EIA?

He said many of the dead fish are expected to fall to the bottom of the lake where they will become nutrients for insects and invertebrates.

He says the plan is to collect and dispose of those fish that are within reach.

The groups plan to amend their application to use the rotenone to include the treatment of a stretch of as much as ten kilometres of the Miramichi River itself downstream from Miramichi lake.

A spokesperson for New Brunswick's Department of Environment says an EIA is not required for the treatment of the lake because it would result in a "net benefit" in preserving Atlantic salmon and American eel, two species that are at risk.

The Department is waiting for the amended rotenone application to determine if an EIA will be required for the plan to use the fish killer in the Miramichi River.