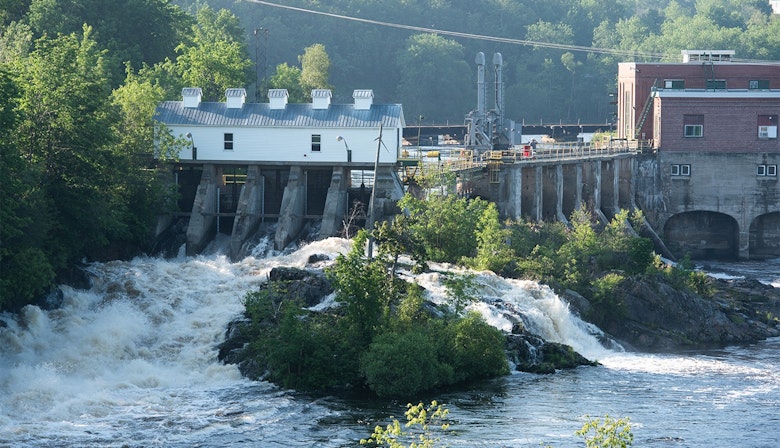 The Milltown Dam and Generating Station on the International St. Croix River that separates the United States and Canada, plus Maine and New Brunswick. Tom Moffatt/ASF
Fredericton (NB) – NB Power will seek approval to remove the Milltown Generating Station, which has reached the end of its life. NB Power will host a public meeting in July in St. Stephen outlining the reasons for its decision. That meeting will be attended by NB Power president and CEO Gaetan Thomas. Details of the meeting will be publicly announced beforehand.

NB Power investigated the possibility of extending Milltown’s life as well as improving the fish passage. After a thorough engineering and cost evaluation process, it was determined that extending the life of the generating station was not financially feasible and the Milltown Generating Station should be decommissioned.

“We understand that the generating station holds more than a century of history in southwestern New Brunswick and that it touched the lives of many people in the community over the years,” said NB Power’s President and CEO, Gaëtan Thomas. “This is why we are committed to work with the community through every phase of this project.”

The Milltown hydroelectric station has been in operation on the St. Croix River since the early 1880s. As such, it is the oldest operating hydroelectric generating station in Canada. The generating station accounts for about 0.8 per cent of NB Power’s hydro generation, so there will not be a major impact on the overall New Brunswick power grid resulting from the decommissioning.

“Decommissioning of the Milltown Generating Station and removing the dam will allow for the restoration of Salmon Falls and approximately 16 kilometers of the St. Croix River,” added Thomas. “This will make about five million square metres of spawning habitat available to the various diadromous fish species.”

Before NB Power can proceed with decommissioning, the project will be registered for an Environmental Impact Assessment with the provincial Department of Environment and Local Government this summer.

Following the Environmental Impact Assessment process, NB Power expects that decommissioning activities would start in the fall of 2020 and continue throughout 2021.

About NB Power
NB Power is the primary electric utility in New Brunswick and was established in 1920. It serves over 400,000 customers with safe, reliable and efficient electricity. The utility is focused on promoting the efficient use of energy in customers’ homes and businesses by enabling and providing new, value-added energy efficient solutions in order to help reduce carbon, better integrate renewable energy and stimulate the economy.

Based on the current generation mix, NB Power is well positioned to provide its customers with electricity generated with consideration for the environment. Currently, 37 per cent of its energy is from renewable sources and 74 per cent is non-emitting when Point Lepreau is added. The utility is on track to contribute to the provincial goal of having as much as 75 per cent of the electricity used in New Brunswick coming from clean, renewable or non-emitting sources by 2020. 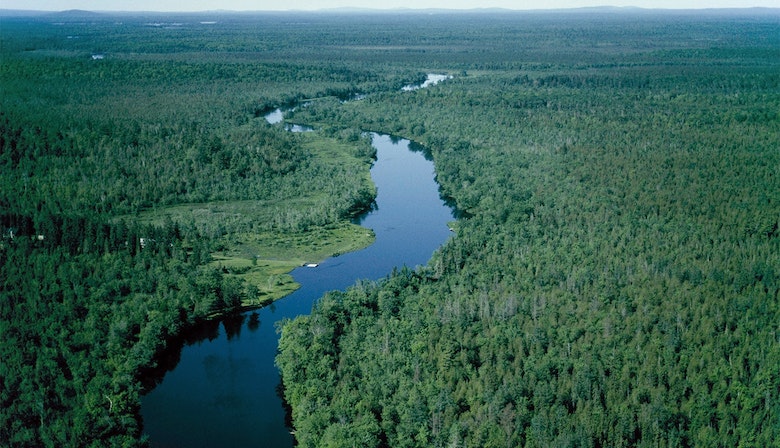 The St. Croix River offers great restoration potential. It is the least developed river boundary waters this side of lakes Huron and Superior. View is from near Gleason Point, looking downstream. Photo Tom Moffatt