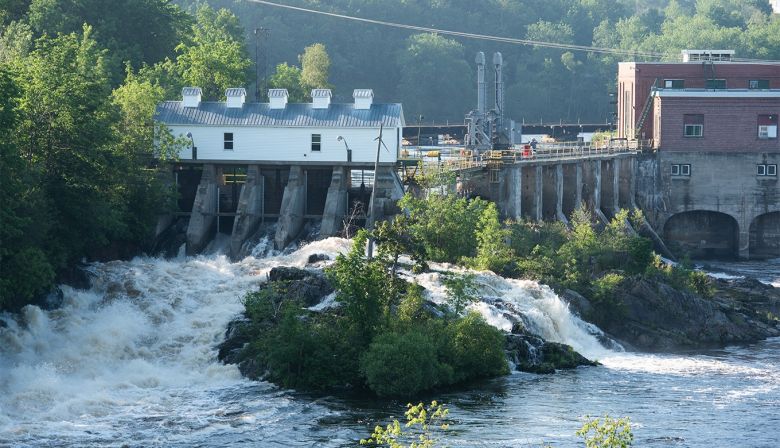 A recent survey of residents support NB Power's announcement to remove the Milltown Dam. Tom Moffatt/ASF
Eighty-seven per cent of people polled in the St. Stephen and surrounding communities support the removal of the Milltown Dam.

Neville Crabbe, the executive director of the Atlantic Salmon Federation, said the removal was announced by NB Power last year.

“It’s the oldest hydroelectric facility in Canada, it’s reached the end of its life. NB Power looked at alternatives to removal including refurbishment and determined there was no case to keep that structure in place,” he said.

Those polled noted the benefits to the river ecosystem and fish populations in particular.

“Removing it will restore freeflow to the lower 15 kilometres of the St. Croix River and will be an essential part of the a broader river restoration program that’s being carried out there by the Passamaquoddy nation,” he said.

Three-hundred people in the provincial riding of St. Croix were polled regarding the removal of the dam.

“I think that leaving it would be a big missed opportunity. That facility has been there for over a century and the utility has announced their intention to decommission and remove it,” he said.

The survey was conducted via phone between the days of July 2 to 6.

NB Power is expected to begin the removal this summer. No timeline has been established as of yet.