Nov 7, 2019
Proposed park would protect 235 kilometres along the Restigouche River and 20,000 hectares of land 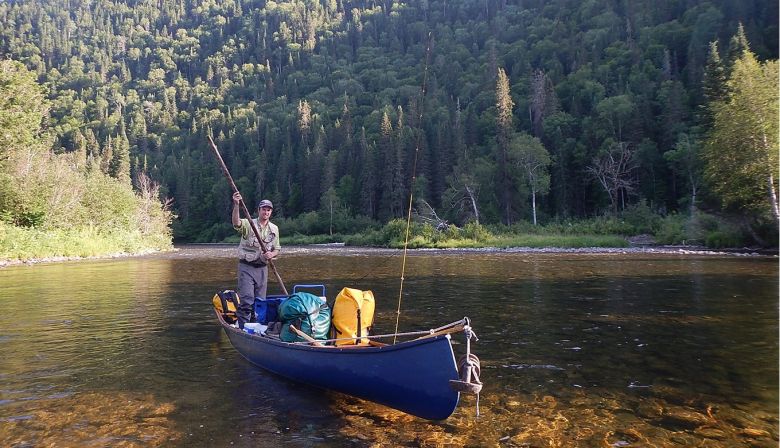 Poling a canoe along the Patapedia, part of the Restigouche waterway. Photo from Nathan Wilbur
Link to CBC Interview on Restigouche Waterway as provincial park:

The New Brunswick government announced today it's considering the Restigouche Wilderness Waterway as a potentially new provincial park and will begin consulting the public next week.

"The government has been working with stakeholders for several years now on a conservation project to protect and preserve the Restigouche River," said Stéphanie Bilodeau, director of communications for the Department of Tourism, Heritage and Culture.

"Throughout the year, some ideas were thrown out there, and we've reached a point where we have enough information and research done to propose to citizens."

The provincial government announced last week it will more than double the amount of conserved land and freshwater in the next 14 months.

It has already protected 4.6 per cent of the province, or 3,386 square kilometres, but the government wants to conserve 10 per cent by the end of 2020.

Bilodeau said the proposal would protect 235 kilometres along the Restigouche River, meaning the park would conserve 20,000 hectares of linear land.

"We are asking the population and the stakeholders to provide us with what they would think would be reasonable," she said, adding that some people are saying more land needs to be protected.

Roberta Clowater, the executive director of the New Brunswick chapter of the Canadian Parks and Wilderness Society, said the group is happy the provincial government is moving forward on potentially protecting the Restigouche Wilderness Waterway.

"It will take us part of the way there, certainly not the whole way, and there's still all kinds of work to be done in different parts of the province to add to the system," Clowater said.

"But definitely the Restigouche wilderness is one of the longstanding areas that our organization, and all kinds of people who support the protection of nature have been eagerly awaiting for four decades."

Clowater said the group appreciates that the provincial government will consult with the public. 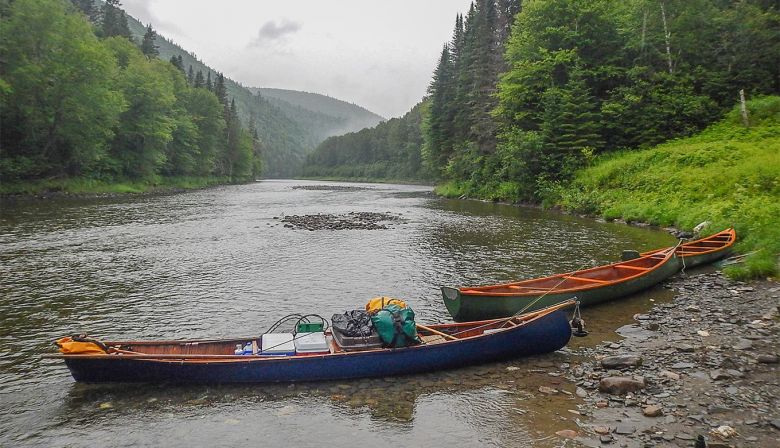 Wilderness Patapedia, part of the Restigouche River Waterway. Nathan Wilbur/ASF
"We're also really happy that they are going out and talking to the public about it and getting consulting to get some good ideas from local people, from Indigenous people and people who have an interest in the nature and ecotourism along the Restigouche."

Clowater said the creation of a provincial park around the Restigouche River will not only protect the area but also drive tourism.

"It's one of the province's nature tourism treasures for all kinds of different reasons," she said.

The government is hosting three open houses in different locations in northern New Brunswick so the public can provide feedback on the idea.

The first open house will be held on Nov. 12 from 5 p.m. to 8 p.m. at Auberge Évasion de Rêves in Saint-Quentin.

The second will be held the following evening at the Robinsonville Community Fire Hall from 5 p.m. to 8 p.m.

The final open house will be held on Nov. 14 from 5 p.m. to 8 p.m. at Sugarloaf Provincial Park in Atholville.