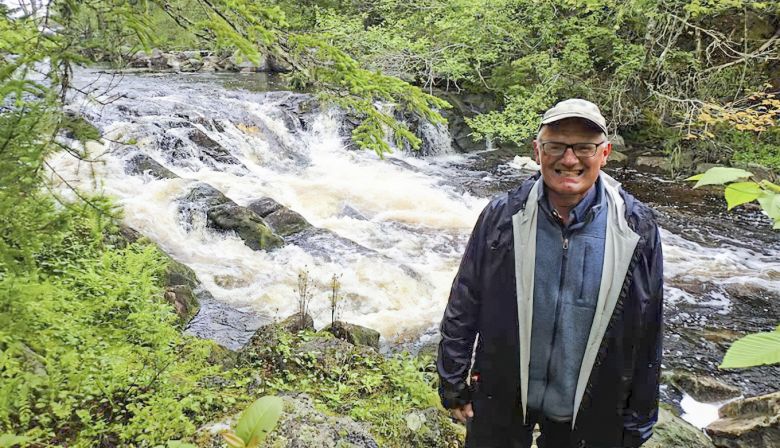 When the property came up for sale, he snapped it up but not for selfish reasons. Instead, the 68-year-old retired family physician wanted to share with other NovaScotians the 24-hectare piece of land that comes with immeasurable rugged beauty and considerable lake and ocean frontage.

“I’m a bit of a canoeist and I’ve portaged through there, between Jeddore Harbour and Salmon River Lake several times in the summertime. It’s a beautiful area. I knew the area. Often these places get snapped up and the next time you visit, there’s a house there, a cottage.”

Soudek wasn’t keen on that happening so he bought the property that is about a one-hour drive and an additional one-hour hike or canoe trip from his peninsular Halifax home.

Soudek said he just wanted the property that is near Smiths Settlement to remain natural, with waterfalls, fishing, hiking and camping available there. 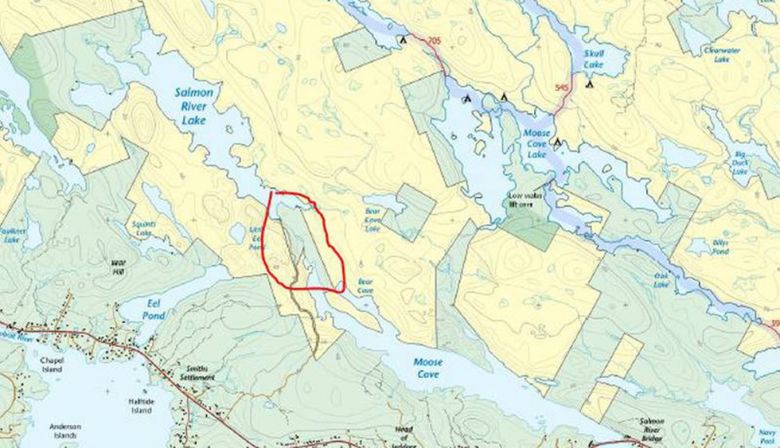 Locator map for the 24 hectare piece of land.
Soudek joked that there was no family attachment to the land, that “it hasn’t been in the family for 300 years,” and that he had no specific plans for the property at the time of purchase.

Soudek was not yet 16 when he and his brother and their parents migrated from the former Czechoslovakia to Canada, initially living in Ontario, in the immediate aftermath of the 1968 Soviet invasion of their homeland.

He has lived in Nova Scotia three separate times, moving here for good in the 1990s.

When he reached the easy decision to donate his 2017 property purchase to the province, Soudek wanted it to happen near the 50th anniversary of his move to Canada in October 1968.

Government red tape and having to deal with three provincial departments -- Lands and Forestry, Environment and Finance -- delayed the actual donation by more than two years, but Soudek was not overly concerned.

Soudek said he felt some reservations about handing the land over to the province, particularly in light of the recent delisting of Owls Head property, also on the Eastern Shore, from the provincial park reserve list.

“I was worried about that, I had some sleepless nights,” Soudek said. “I thought about pulling out, if the province was going to build another golf course, that’s not what I wanted.”

He said the land moved through the departments of Lands and Foresty and Environment and was added to the already existing wilderness area.

Soudek said he’s fairly confident the land will remain part of the wilderness reserve although there are no guarantees.

“When you donate land to the province, there can be no preconditions,” Soudek said. “It has to be clear. … It wasn’t easy but that’s all right. I can live with that.”

What he hopes he and other Nova Scotians can live with on the picturesque property is some canoeing, walking trails, camping and catching a couple of trout.