May 26, 2019
ECO-campaigners have launched their first ever crowdfunding bid - to help Atlantic salmon to spawn. 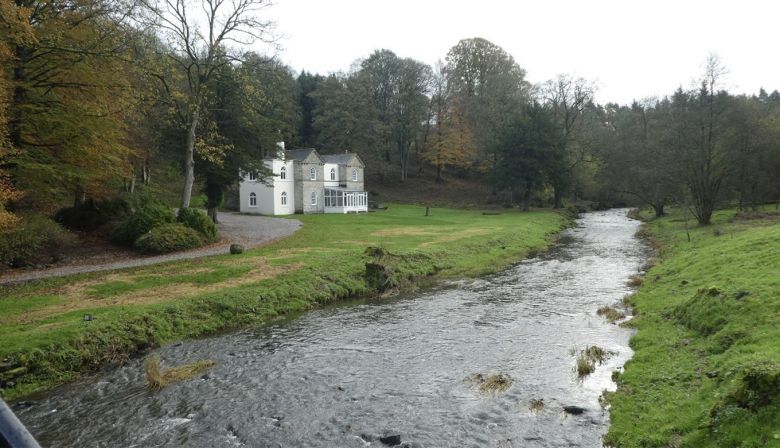 The Ribble River flows through sometimes hilly country southwest, then out through the Lancashire city of Preston and on to meet the Irish Sea.
Campaigners from Ribble Rivers Trust have the redundant Samlesbury Weir in their sights for the fledgling web venture.

Adam Wheeler, a fisheries scientist and project officer for the Clitheroe-based organisation, is leading a £6,200 appeal to fund the barrier's eventual removal.

And he has now starred in a short information video, available on Youtube, to showcase the initiative.

Adam said the river represented one of the main salmon migration channels in the country. - especially for the 'at-risk' Atlantic salmon.

He added: "The removal of Samlesbury Weir will not only promote the longitudinal migration of Atlantic salmon and sea trout but it will also have benefits for the local fish populations, improving local areas for foraging and finding optimal spawning habitats.

"Samlesbury Weir is the first barrier to migration on the Ribble system and one of the widest barriers selected for removal in England.

"With your help we can eliminate this barrier and restore the river back to its natural state."

First constructed in the 1970s as a gauging station, to record river levels, the weir was declared redundant in 2010.

Part of the Ribble Life For Water project, the weir's removal is expected to allow for improved connectivity with upstream rivers such as the Hodder and Calder. The release of trapped sediments should also encourage a more naturalised flow.

Pool riffle features will be reintroduced, which should be an aid to spawning and foraging for all species, also including the European eel and lampreys, which are known to be plentiful locally.

Previous regeneration work in Burnley, at the confluence of the Brun and Calder, has already made it easier for salmon and otters to thrive.

The trust was behind a £1million scheme focusing on the cobbled waterways running through the town.

Last summer the RRT also embarked on some of its first major engineering in Blackburn, with fish passes established on the Rivers Darwen and Roddlesworth, at Hoghton Bottoms and Lower Darwen, to counteract the effect of mill developments in the 18th and 19th centuries.

For those wishing to support the trust's latest efforts at Samlesbury, go online to

https://crowdfunding.wnf.nl/project/samlesbury-weir, to either make a donation or find out more about their work.

The crowdfunding is in cooperation with World Wildlife Netherlands.