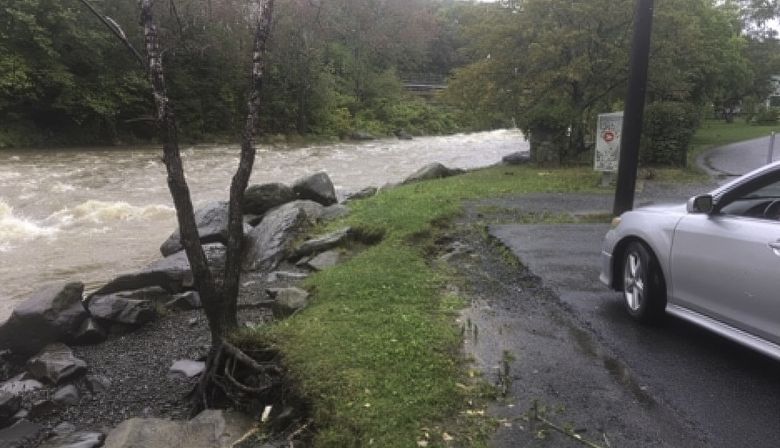 “We are thrilled to know that these ecologically significant lands will forever be protected for the community to enjoy,” Walter Regan, president of the Sackville River Association, said in a news release of the provincial designation.

“These lands are critically important for maintaining the health of the Sackville River,” Regan said of the new Sackville River-Lewis Lake Wilderness Park.

“This new park will protect around 1,700 acres of forest, and habitat for the wild Atlantic salmon in one of the fastest growing areas of Nova Scotia.”

The new wilderness park borders the Sackville and the Shubenacadie watersheds, with the Sackville River crossing the southern portion of the park that contains wetlands and riparian zones that help maintain a healthy river.

The ecosystems can provide water purification, groundwater recharge and runoff control to improve habitat for species living in the river.

The wilderness area was announced as one of 20 new protected areas in Nova Scotia.

It contains important natural ecosystems, including intact forests, wetlands, rivers, and habitat for Atlantic salmon and wood turtles. This site is also important for connectivity and is a key linkage in the Halifax greenbelt.

As one of the last remaining patches of intact wilderness in the area, the new park acts as a corridor for local wildlife to find food, habitat and passage to the nearby Pockwock and Long Lake wilderness areas.

Public consultations will begin shortly and the river association stresses that It’s crucial for people to write in and support the new protected area.

For the past year, the association has been running an It’s Our Turn campaign to encourage the provincial government to officially protect the public lands at Sackville River and Lewis Lake.

The campaign acknowledged that the site has been promised for protection since 2013 but was always overlooked by the Nova Scotia government in favour of other sites.

“He promised to get these lands into the next announcement and that’s exactly what he did,” Regan said.

The new park is a “great place for people in our community to go out and enjoy nature,” Regan said.

“We can go walking, biking, swimming, fishing, and just appreciate our own backyard.”