Feb 17, 2021
Season gets flowing in Highland town as youngster makes first cast. The Nairn River is east of Inverness, and runs parallel to Loch Ness, and reaches the ocean at the town of Nairn. 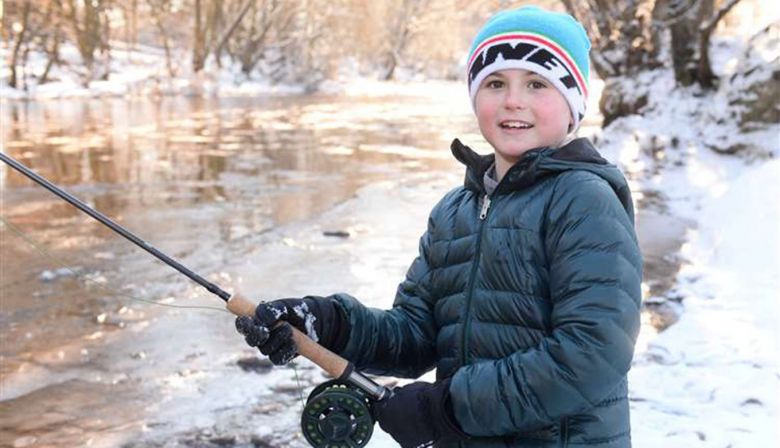 Tommy, whose grandad David (68) is a lifelong member of the Nairn Angling Association, has been fishing on the river for two years, after being encouraged to take up the sport.

"He loves it," Mr McIntosh said.

"He’s already very skilled with the fly, and has landed a few trout on the river and on our days out to Geddes Fishery.

"I’ve fished on the Nairn since I was a boy, and I’m delighted Tommy is getting the same pleasure from it as I do."

As Tommy cast his line at the Jubilee Bridge pool, Mr McIntosh said: "He’s learned lots of skills, enjoys being out in the open air with nature, and takes responsibility for looking after his equipment, so it’s very educational – especially in these difficult times too when the kids are home schooling."

Committee member Billy Maitland said: "It’s a good healthy sport for young people to enjoy and the association makes sure there are rods and equipment available for families who may not have the resources to buy fishing tackle. Junior membership is also free.

"It’s a great way of getting young people involved and families, and older anglers often pass on their rods and reels to us when they are no longer used."

The association normally extends an open invite to members to share a dram and bless the waters at the opening of each season.

But this year’s proceedings were scaled down due to the Covid-19 situation, with social distancing rules applied.

After the customary dram, Les Stuart wished all fellow members "tight lines" for the season before calling on Tommy to make the first cast.

The association has nine miles of prime fishing, with five beats from Nairnside near Daviot through Holm Rose, Kilravock, Geddes and the town beat, which extends upriver to Howford Bridge.

"It’s not just the anglers who enjoy the river," Mr Stuart said.

"It’s a great natural resource for birdwatching, walking and jogging."