Jun 10, 2019
The new testing regime will test for two foreign strains of PRV in young Atlantic salmon before they are transferred to ocean-based salmon farms. 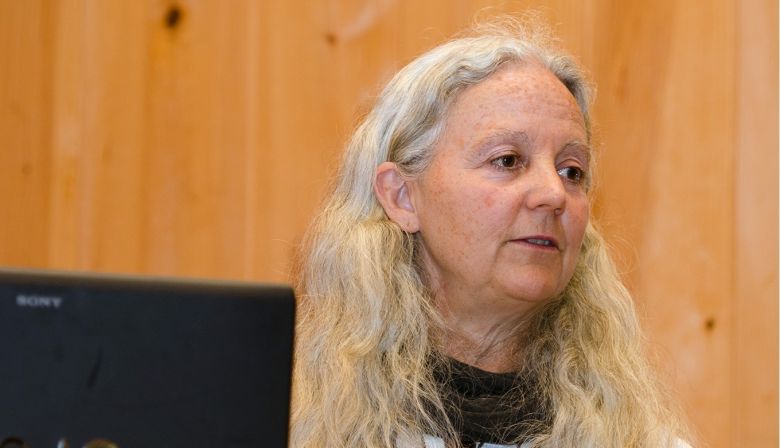 Independent scientist Alexandra Morton is pleased by DFO's decision to test for PRV in farmed salmon entering ocean pens. Tom Moffatt/ASF
VANCOUVER – Fisheries and Oceans Canada (DFO) will test for two foreign strains of Piscine orthoreovirus (PRV) in young Atlantic salmon before they are transferred to ocean-based salmon farms after being told by the Federal Court to tighten its policy.

Salmon farms will also be required to test salmon in net-pen farms for jaundice and heart and skeletal muscle inflammation (HSMI), which some scientists believe is associated with a native strain of PRV.

“These are two key measures that reflect precaution where there is some debate about the science,” said Fisheries Minister Jonathan Wilkinson in an interview.

The Icelandic strain of PRV was found in a Washington State hatchery last year, leading to the destruction of 800,000 smolts. The Norwegian strain has caused harm to farmed and wild Atlantic salmon in Norway, leading to significant production losses.

“We are going to require testing (in hatcheries) for both of those strains because we are concerned about them,” said Wilkinson.

Earlier this year a federal scientific advisory panel found that the native strain of PRV is widely distributed in B.C.’s coastal waters but poses a minimal threat to Fraser River sockeye.

B.C. PRV is commonly found in farmed Atlantic salmon and wild Chinook salmon, but in laboratory testing its presence is not predictive of disease, they said.

The Namgis First Nation went to court last year seeking an injunction to prevent salmon from being transferred to farms in their traditional territory without being tested for PRV. Ecojustice — acting for Morton — sued the federal government for an order to test for the virus.

In February, the Federal Court gave Ottawa four months to come up with a testing regime, ruling that failure to test for PRV did not comply with the precautionary principle.

“This is absolutely amazing and wonderful news,” said Morton.

“While I am waiting to see who will conduct the tests and what the protocol will be when they find the virus, I recognize this as a bold and important step that no other Minister of Fisheries and Oceans has taken.”

These interim measures will be in place while the federal government seeks public input on a pair of policy proposals aimed at reducing the risks of salmon farming.

“It’s our understanding that the native strain of PRV is in the water naturally, and that is it benign.”

Failing to test for B.C. PRV is a missed opportunity to fill in gaps in the science about that strain, said David Suzuki Foundation science adviser John Werring.

“It is heartening to hear that the Minister for Fisheries and Oceans Canada acknowledges that there is a great deal of uncertainty concerning PRV and the potential impacts this virus may have on both wild and farmed fish,” he said.

Results of a study on new and emerging aquaculture technologies — including ocean-based closed-containment systems and land-based farms — are due later this month.